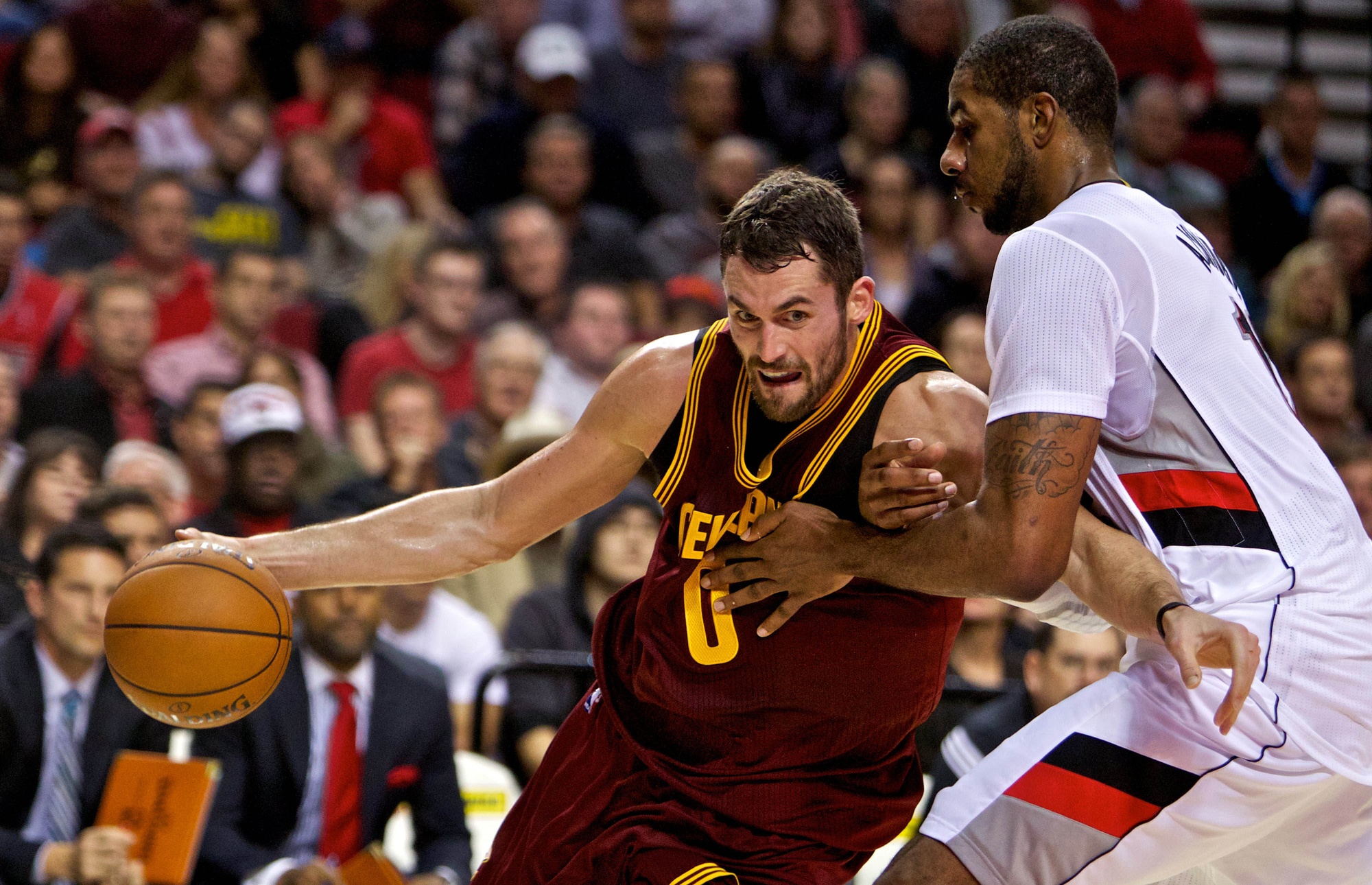 The 2016 NBA free agent class promises to be among the best in the history of the game. While teams prepare themselves for hitting that market pretty hard, others are looking at what is a solid free agent group this summer.

According to ESPN’s Brian Windhorst, these two All-Stars are the likeliest of the top-end free agents to change teams next month.

“Of all of the high-profile free agents this summer, executives still believe Love and LaMarcus Aldridge are the likeliest to be willing to change teams.”

Love, who has to decide whether to pick up his $16.7 million option for next season, was the prized trade target last summer before being dealt to the Cleveland Cavaliers. He struggled fitting in during a 2014-15 season before injuring his shoulder in the team’s Eastern Conference Quarterfinal matchup with the Boston Celtics—an injury that cost him the Cavaliers playoff run to the Finals.

Rumors of issues with LeBron James gave way to a near historic run to the championship round. And while Love has indicated numerous times that he plans to return to the Cavaliers next year, that’s not a foregone conclusion. Opting in for the 2015-16 season wouldn’t only guaranteed Love nearly $17 million, it would put him on the open market next summer when the salary cap is expected to see a dramatic increase due to new television revenue. This would enable Love to receive a deal in the neighborhood of $153 million over five seasons compared to $100 million over the same span this summer. Though, that would be Love relying on his body holding up for the entire season. In addition to his shoulder injury, there are concerns over Love’s back and knee.

The other alternative here, as Windhorst notes, is Love taking a shorter-term deal with another team in a larger market. That would allow him to take on a reclamation project without committing long-term. In this, the Los Angeles Lakers and New York Knicks make sense.

All said, Love’s decision might be less about money and more about the right fit. He can opt out of his contract with the Cavaliers while still being able to earn a deal upwards of the $17 million he’s already slated to make.

Then you have this little piece of information:

David Griffin says he believes LeBron James and Kevin Love will opt out, but he expects them to be back with #Cavs.

As it relates to Aldridge, the situation is less confusing. He’s an unrestricted free agent who will have no shortage of suitors on the open market. The San Antonio Spurs and Dallas Mavericks, both in Aldridge’s home state of Texas, are expected to be his most-likely destinations outside of Portland.

As with Love, it all depends on what Aldridge wants to do both short and long term. He can pull a LeBron James by signing a one-year deal with Portland with a second-year player option. That would enable the All-Star to hit the open market next summer.

While there is optimism in Portland that it will be able to sign Aldridge to a long-term deal, a recent report by  Jason Quick of The Oregonian suggests otherwise:

“During the (Memphis) series, Aldridge had been distant, not taking part in end-of-game huddles. He elected to fly home separate from the team. And he was so late to the team breakfast before Game 5 in Memphis that some inside the team figured he had blown it off.”

If Aldridge does decide to depart Portland, the Los Angeles Lakers and New York Knicks also have to be seen as options simply based on their ability to hand out max deals as well as the market opportunities for Love.