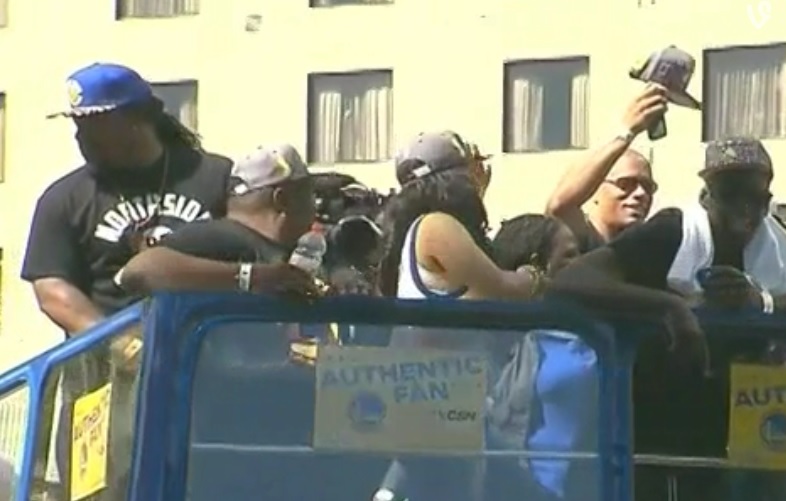 The Golden State Warriors owned the streets of Oakland during their two-mile championship parade on Friday. Spotted on the top deck of the bus with Draymond Green was Seattle Seahawks’ running back Marshawn Lynch, who grew up in Oakland.

It’s been 40 years since the Warriors won an NBA Championship. This means that there were some pretty big names in attendance during the day’s ongoing festivities.

And here's MC Hammer and the Mayor of Oakland riding a giant fire-breathing snail, just because. pic.twitter.com/mTO3cwKdHF