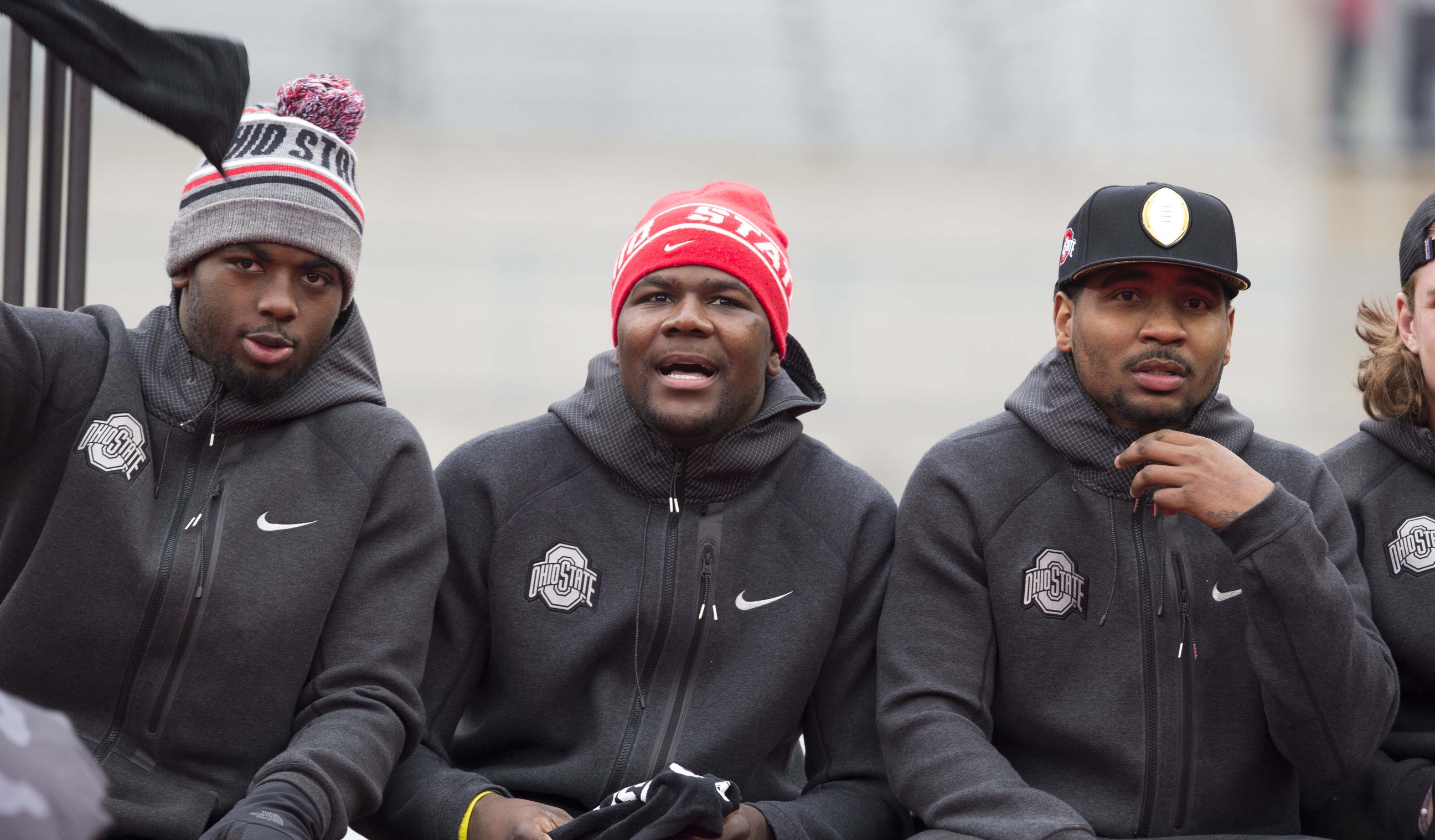 The Ohio State Buckeyes won the national championship last season, but the quarterback who led them to a 59-0 victory in the Big Ten Championship along with 42-35 and 42-20 triumphs during the inaugural College Football Playoff doesn’t feel like the starter.

Heck, he doesn’t consider himself the backup, either.

“I’m kind of harder on myself than the coaches, but I was thrown into that position. I didn’t beat out J.T. going into the Michigan game. I didn’t beat out Braxton. Unfortunately both guys got hurt, and luckily enough I was prepared to try to take advantage of the situation.”

Jones picked apart Wisconsin, Alabama and Oregon to the tune of 742 passing yards and five touchdowns, adding 90 yards and a score on the ground. He threw just one interception, helping the program claim its eighth national title.

But ever since the Buckeyes achieved the pinnacle of college football, a fascinating situation has dominated the headlines. Each quarterback returned for the 2015 campaign, so two championship-caliber signal-callers will be backups next season.

The unenviable decision of selecting a starter rests squarely on the shoulders of head coach Urban Meyer and his staff. Bleacher Report’s Ben Axelrod noted Meyer said that resolution should come during training camp.

Urban Meyer says he expects to make a decision on the QB starter by the middle of training camp.

According to the school’s official athletics site, Barrett set 19 conference and school records. He brought home multiple awards, including Big Ten Freshman of the Year, first-team All-Big Ten and second-team All American.

But Barrett only received his chance to start because Miller, a two-time Big Ten Offensive Player of the Year, sustained a season-ending shoulder injury. Despite rumors he would turn pro or transfer, Miller elected to stick around for another year at Ohio State.

Perhaps the Buckeyes coaching staff can find a way to institute certain packages into the offense and utilize each quarterback, but that doesn’t seem likely.

Nevertheless, Ohio State is the clear favorite to bring home another College Football Playoff trophy, no matter who is under center.