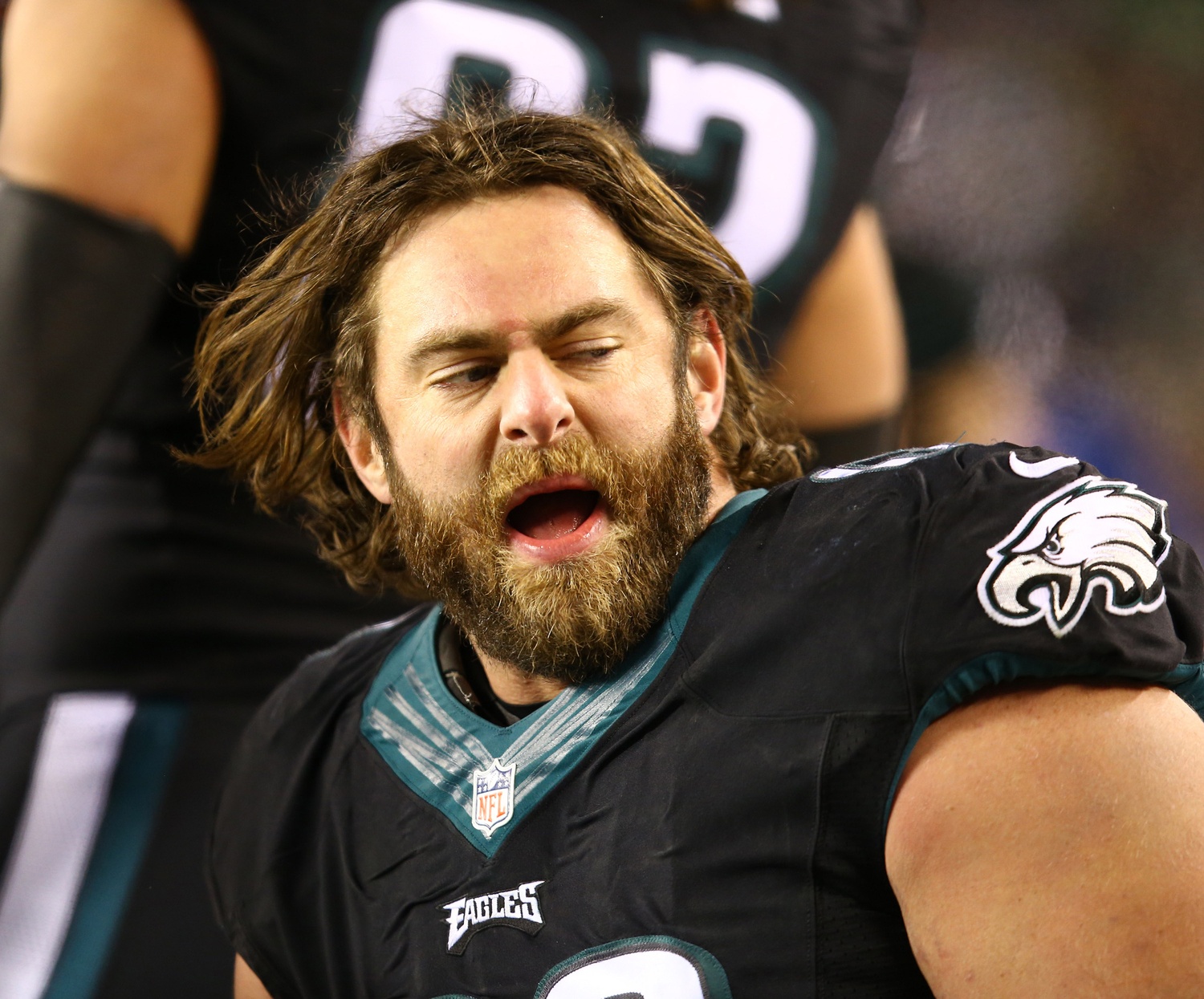 The stellar offensive guard has been the subject of trade rumors for the past couple of years, a fact Kelly didn’t hesitate to point out on Saturday, as Les Bowen of the Philadelphia Daily News relayed on the final day of the 2015 NFL Draft:

Chip: Evan’s been available for 2 years now and we’ve never had an offer for him.

Kelly, never one to ruffle Eagle feathers, couldn’t have been more brusque about his disdain for Mathis with this statement.

Essentially, what he’s telling everyone, is, “I don’t want him, and apparently nobody else does, either.”

You don’t have to be too creative to figure out what he’s saying, and it’s not exactly an invitation to tea for Kelly and the Eagles.

Mathis, a two-time Pro-Bowler and one-time  First Team All Pro, has been staying away from voluntary team workouts this offseason, and he reportedly is looking for a new contract. His current deal is set to pay him a base salary of $5.5 Million in 2015 and $6 Million in 2016.

It’s not exactly chump change, but Mathis is apparently looking for more.

Given the fact that he’s 33 years old, it’s hard to imagine he’s going to get more, either from the Eagles or any other team. One thing’s for sure: Mathis and Kelly don’t see eye to eye, and that might not ever change.