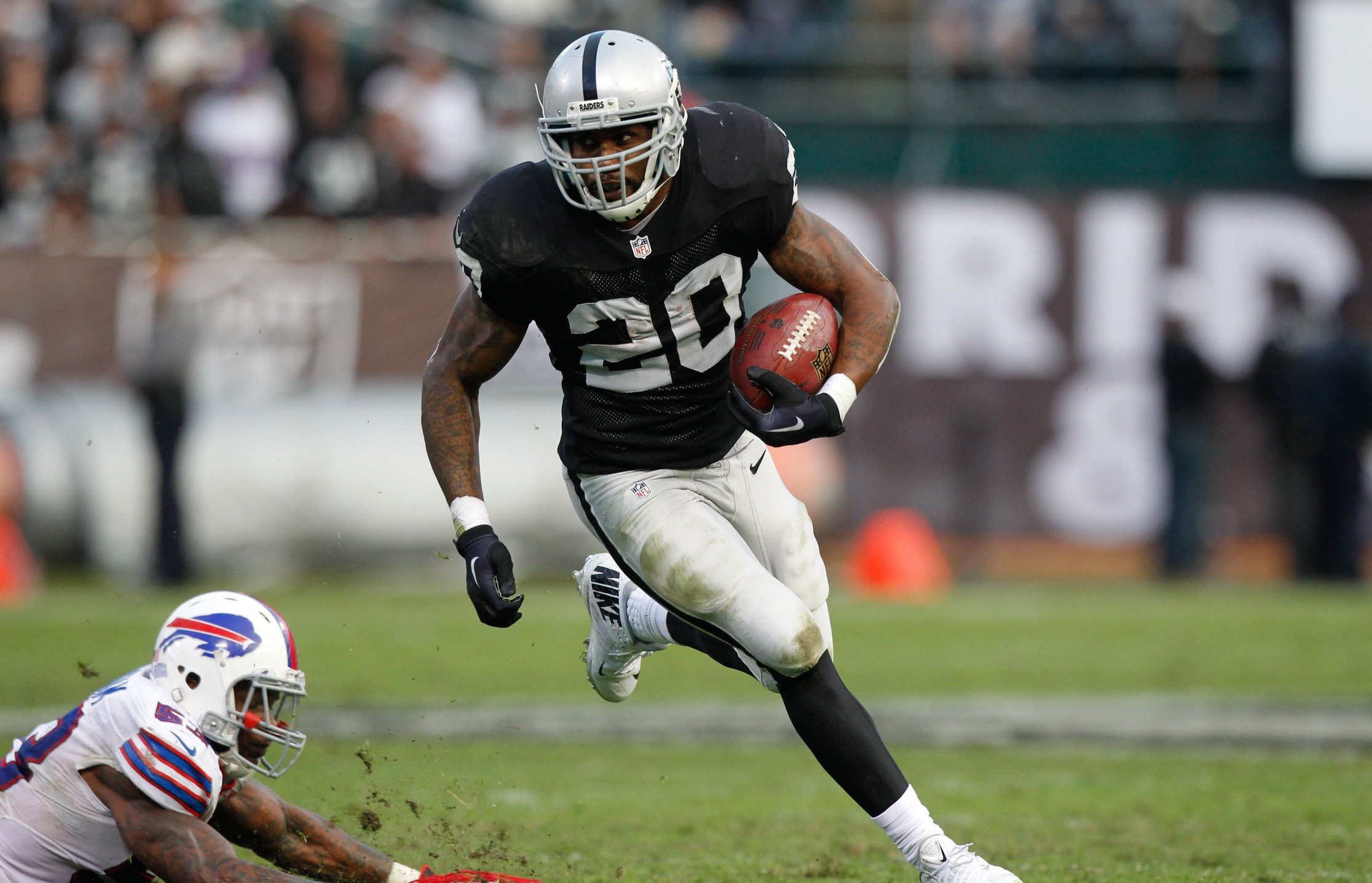 Darren McFadden should have a career year for the Dallas Cowboys in 2015. The former Arkansas Razorback has no excuse not to absolutely blow up playing behind the league’s most imposing offensive line.

And this line just got a whole lot better with the addition of undrafted free agent La’el Collins out of LSU.

Collins was projected to be a top-15 pick in the 2015 NFL draft, but teams shied away from selecting him during the draft due to lingering questions regarding his involvement in a murder investigation. After being cleared of charges (for now), owner Jerry Jones was quick to land the mammoth 6’4″, 305-pound lineman.

Collins made this brash prediction after signing his three-year contract with the ‘Boys:

A lot can happen between now and the end of the season, but the rookie may be on to something.

There was never any doubt that the ‘Boys’ offensive line was the best in the league in 2014 at opening up holes in the running game. Dallas featured the NFL’s top rusher in DeMarco Murray, who piled up 1,845 yards and 13 touchdowns on the ground en route to the league’s Offensive Player of the Year award.

There are similarities between Murray and McFadden, and it’s not crazy to think the former Razorback could shock the league with a similar output this upcoming season. Both backs entered the league with high ceilings after putting up big-time numbers at big-time college programs. Both players also share the unfortunate label of “injury-prone” since entering the league. Until last year, Murray had never started all 16 games, and to this point, neither has McFadden.

Jones has been criticized recently by plenty of analysts for not drafting a running back this year, but he responded by making it clear the Cowboys expect McFadden to be a big part of their success:

McFadden made a big difference here,” Jones said, per ESPN’s Todd Archer. “His availability – make no bones about it – we didn’t know that McFadden was going to be available when we initially started to think about this year and in our decisions regarding that. … It might have been a little different story had we not had McFadden on our roster in this draft.”

It’s important to note McFadden played in Oakland the past seven years, running behind one of the league’s worst offensive lines from year to year. While with the Raiders he rushed for 4,247 yards on 1,038 carries (4.1 yards per carry) with 25 touchdowns, adding 211 receptions for 1,769 yards and 5 touchdowns.

While many would be wary of his inability to stay healthy, it might be safe to assume he has a decent chance to play a full season in Dallas.

The Cowboys are hopeful this is the case.

“We really think Darren’s in the best shape of his career,” team president StephenJones said (h/t Jon Machota of the The Dallas Morning News. “He looks great out there. We really think that you put him behind our offensive line and he has some luck and stays healthy, we might really have something here.”

As a member of the Raiders, McFadden was often getting hit before he had any chance to hit a hole, let alone see one. Now, he’s going to have the luxury of playing behind the league’s premier offensive line. Jones emphasized the running game as a huge priority for the Cowboys this upcoming season as well:

“We think it’s very important with this offensive line we have that it’s become really a part of what we’re about. Part of our culture, part of our team toughness is to run the ball. Talking to Coach Garrett, talking to Coach Linehan, they’re more committed than ever, after watching the tape this year and really going back and reviewing the season, that running the football is a huge priority for us.”

Provided he stays healthy, there’s no reason to think McFadden won’t put up huge numbers rushing the ball for the Cowboys this year. If he doesn’t stay healthy, or if he cannot produce on the gridiron, then it’s safe to say he’s done as a potential starter in this league.

Whatever the case may be, 2015 is the defining year for McFadden’s legacy as an NFL running back. He will never get another golden opportunity like this one.