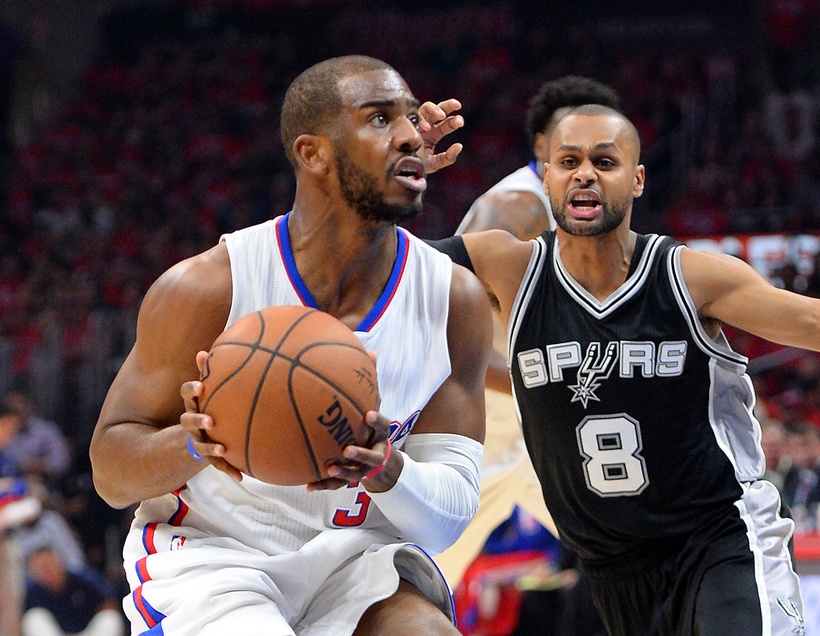 Chris Paul’s heroic efforts against the San Antonio Spurs helped propel the Los Angeles Clippers into the Western Conference Semifinals. But he also suffered a hamstring injury in the series and could miss Game 1 against the Houston Rockets.

The Clippers officially list Paul as “questionable” for Monday’s contest, per the NBA on ESPN:

JUST IN: Clippers have listed Chris Paul as questionable for Game 1 of Western Conference semifinals vs. Rockets. pic.twitter.com/P6g90z6Evl

One of the most complete point guards in recent memory, Paul is capable of dominating on both ends of the court. He played in all 82 games of the regular season for the Clippers, averaging 19.1 points and 10.2 assists per contest.

After winning in dramatic fashion over the Spurs in seven games, head coach Doc Rivers had this to day about his star point guard heading into this upcoming series versus the Rockets:

One day later, and it appears Paul’s health may, indeed, keep him from suiting up on Monday.

The Clippers will certainly miss his leadership and production on the court. He’s the team’s only true point guard, and if he can’t go, perhaps Austin Rivers will be forced into a role that is outside his comfort zone, being more of a 2-guard than a point guard.

Paul will absolutely give it everything he’s got to play, but the team must take the long view with his recovery. Hamstrings are notoriously tricky, and the Clippers need him to be healthy throughout the playoffs in order to have any chance to win a title.