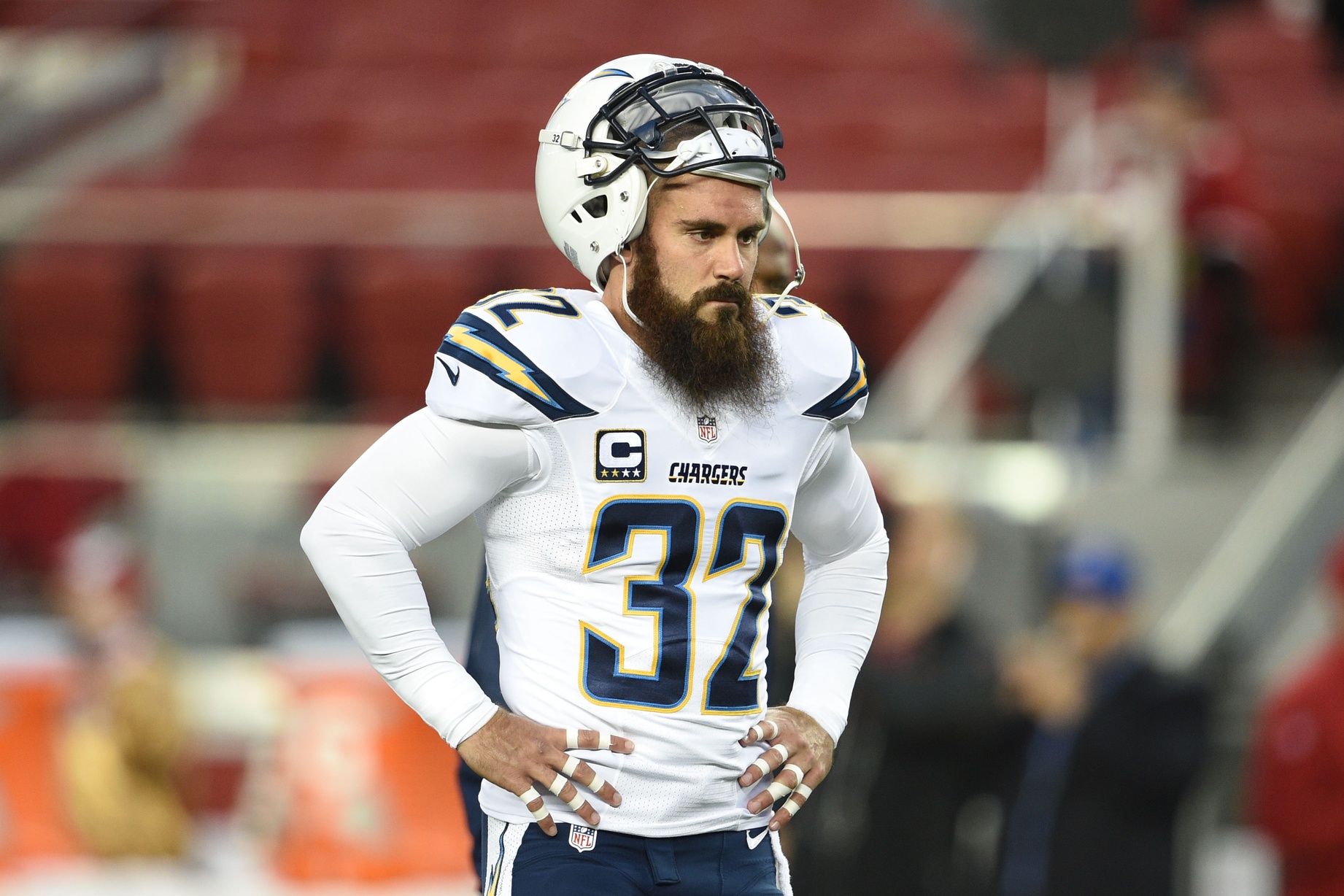 San Diego Chargers safety Eric Weddle hasn’t been shy about making his desire for a new contract known this offseason.

The three-time Pro-Bowler and two-time First-Team All Pro has stayed away from team activities thus far in protest, and he’s not intending to show up for any offseason workouts until he has what he wants.

“I’m not coming in anytime soon until something on their side is said,” Weddle told Dan Sileo of The Mighty 1090 AM radio. “They know where we’re at, and they obviously know their stance, so we’ll see what happens from there.”

He indicated in the interview that he’s still in regular contact with John Pagano, the team’s defensive coordinator, and he also made it clear he still has a good relationship with his teammates and the coaching staff.

“We’re all good,” Weddle said. “This has nothing to do with the players and coaches. It’s nothing with them; it’s just the front office.”

Weddle is set to earn $7.5 million this season, the final year on his current five-year contract with the Chargers. San Diego is actually on the hook for $10.1 million against the cap, which is the highest cap figure for any safety in the NFL in 2015.

With that in mind, it’s actually in the interests of both parties to get a long-term deal done. Making such a move would relieve the Chargers from such a high cap hit this year while giving Weddle the long-term security he desires.

General manager Tom Telesco has indicated in the past he values Weddle and wants to keep the safety on the team going forward.

“He’s a major part of our football team,” Telesco said (h/t Eric D. Williams of ESPN.com). “He’s an excellent football player, and sure, our future would have him involved, there’s no doubt. We’re a better football team with him.”

It will be interesting to see how long this drags out.

If Weddle doesn’t get a new deal before mandatory mini-camps begin, then he’s stated he’ll hold out. Such a move would incur a fine, but it’s relative chump change compared to the millions Weddle would net at the end of a successful holdout.