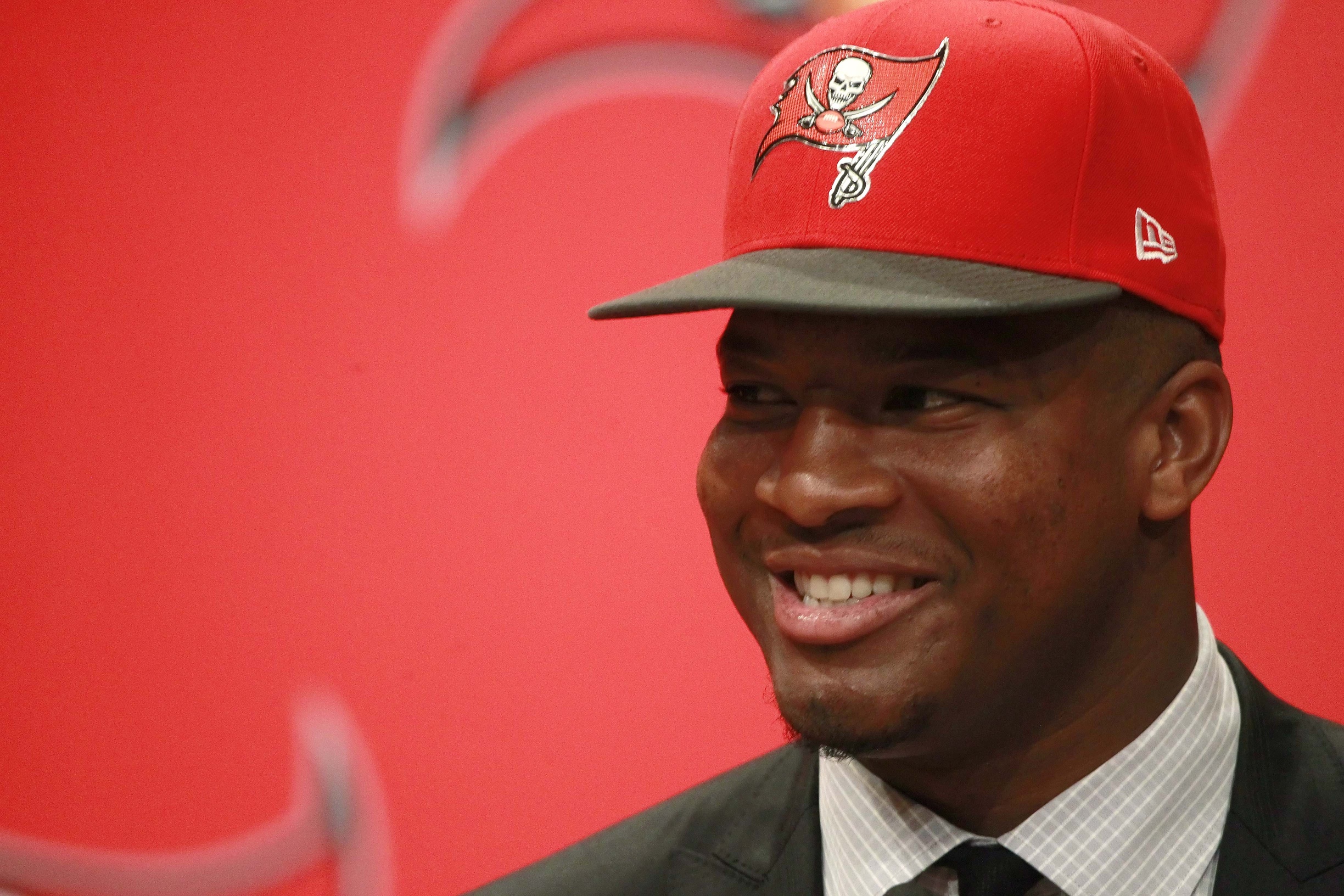 Jameis Winston was the presumptive No. 1 overall pick of the 2015 NFL Draft for months leading up to the festivities in Chicago this past weekend. Thanks to MMQB’s Peter King, we now know the Tampa Bay Buccaneers had him in their sights since the Rose Bowl.

It seems ironic. That performance was certainly not one of Winston’s best, especially compared with the big game Marcus Mariota had to help his Ducks cream the Seminoles 59-20 on their way to the National Championship game.

But talking to Bucs general manager Jason Licht and head coach Lovie Smith, King discovered they were sold on his abilities on the field after that game (and pretty much before that, too):

You can trace the chase of Winston to Draft Day 2014, as crazy as it sounds. On the scouting trail, Licht became enamored with Winston, knowing he might leave FSU for the 2015 draft, after his second season as the starter. Licht’s brother-in-law asked him via a draft-day text last year whether he preferred Johnny Manziel or Teddy Bridgewater in the first round.

Then came the Rose Bowl, and Licht wanted Smith to come up with his own conclusions. King writes that Licht refused to share his opinion with Smith at any point during the evaluation process, wanting the coach to have an unbiased and untarnished look at the potential franchise quarterback.

Both men loved what they saw when things got tough for Winston on the field.

Said Licht: “The more I watched of him, the more I thought, what worries you about him, you love. He’s so damn tough. So clutch. When things are going bad, he rises.”

The rest of the offseason was spent making sure the star signal caller was viable off the field, hence the exhaustive private investigation which reportedly involved interviewing over 75 people from Winston’s past.

Convinced his red flags were based on immaturity, rather than flawed character, the Bucs took Winston No. 1 overall without any hesitation.

When it was over, and we made the decision and we made the pick, I felt good,” said Licht. “Honestly, I slept better than any day since he declared for the draft. I have the utmost confidence in the guy. I believe him. What it comes down to is: I believe in him.

When selecting a quarterback No. 1 overall, a general manager needs to have conviction about who he’s drafting. After this revealing look, courtesy of King, it’s clear the Bucs won’t be second-guessing this decision.

The young man clearly possesses the raw talent to become an elite quarterback in the NFL. As it is with everyone who enters the league, it remains to be seen if he will be able to make the most of his opportunity.