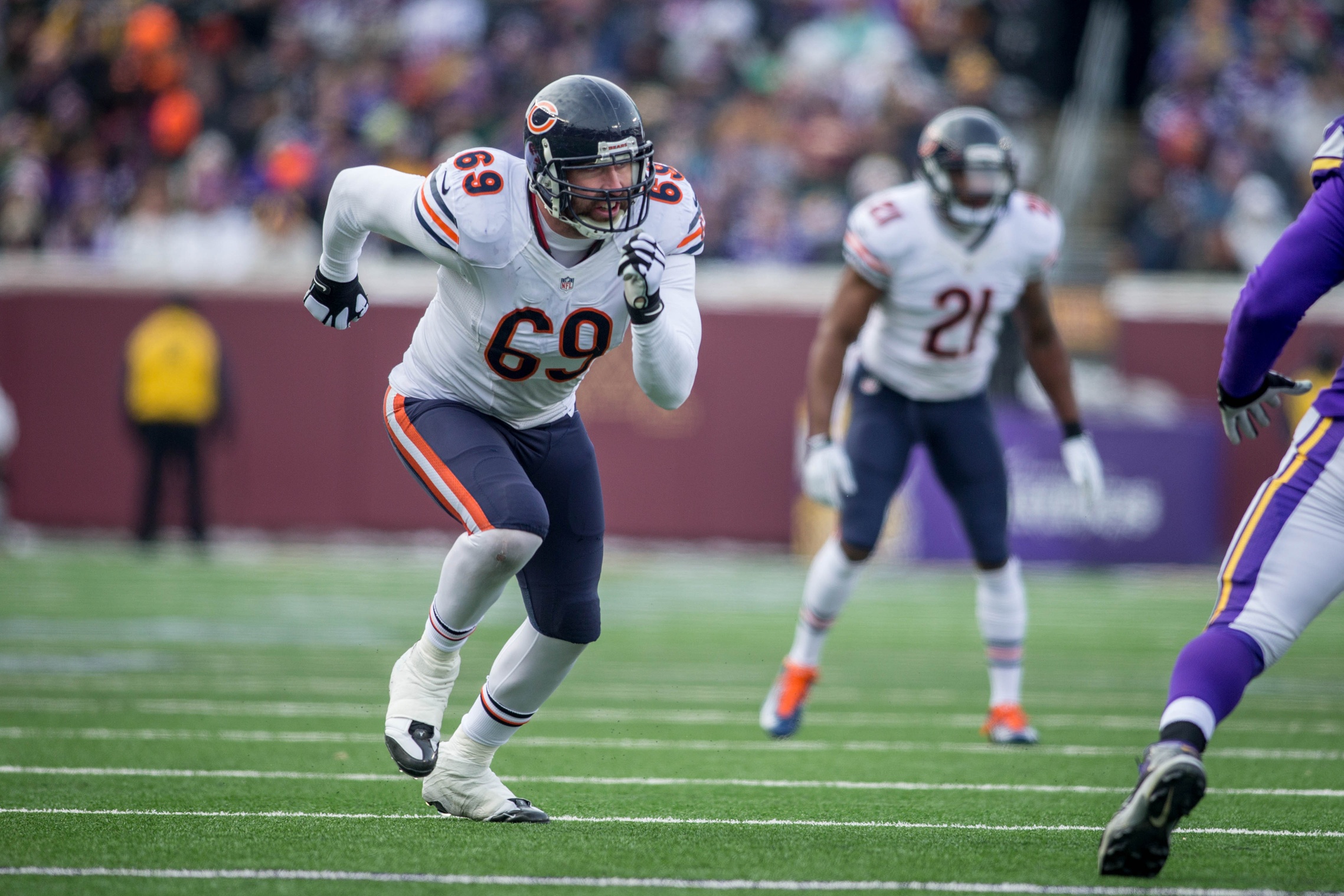 Allen was recently the most feared pass-rusher in the NFL, but his production fell off a cliff in his first season with the Chicago Bears last year. New defensive coordinator Vic Fangio, formerly of the San Francisco 49ers, believes Allen is going to have another big year under his guidance in 2015:

He did well in the minicamp we had here, and I think he was excited about it,” Fangio said Saturday at rookie minicamp, according to ESPN.com’s Jeff Dickerson. “Like I told him, I think he can have a rebirth to his career here playing a little bit of a new position. But in the NFL today, you play more nickel than you actually play base. For some teams they play nickel 65-75 percent of the time. He’ll be playing his normal position then. So it’s not as drastic of a change as you might think.

With 134 career sacks under his belt, Allen has already solidified himself as one of the all-time greats in league history. Only eight other players (since sacks became a stat in 1982) have put up more quarterback takedowns.

In his first year wearing a Chicago uniform, Allen was only able to get to opposing quarterbacks for 5.5 sacks, though he did manage 32 hurries and 20 total hits (per Pro Football Focus, subscription required). While it wasn’t a completely wasted season, Allen’s performance wasn’t what the Bears expected when they signed him to a free agent contract worth $32 million over four years ($15.5 million guaranteed) before the season began.

Playing in a 3-4 defense isn’t something Allen has been enthusiastic about in the past. The Minnesota Vikings were tossing the idea around back in 2011, and he had some strong quotes against the idea:

“[Going to a 3-4] is something that will be addressed if and when it happens. I know that we have enough mutual respect for each other that they would at least give me a head’s up and give me an option of what I would want to do. I don’t see that in the future.

The future is now, for Allen and the Bears.

One thing he has going for him is that Fangio is an expert at getting the most out of his defenses. He loves to run stunts, which oftentimes frees up the outside pass-rusher on an inside release to get direct hits on the quarterback (think Justin Smith and Aldon Smith).

If Allen fully embraces the shift in defensive philosophy, then there’s no reason to think he cannot have another impactful season. ten-plus sacks isn’t out of the question. It’s really going to be up to him whether he buys into Fangio’s system with a whole heart and embraces the change.