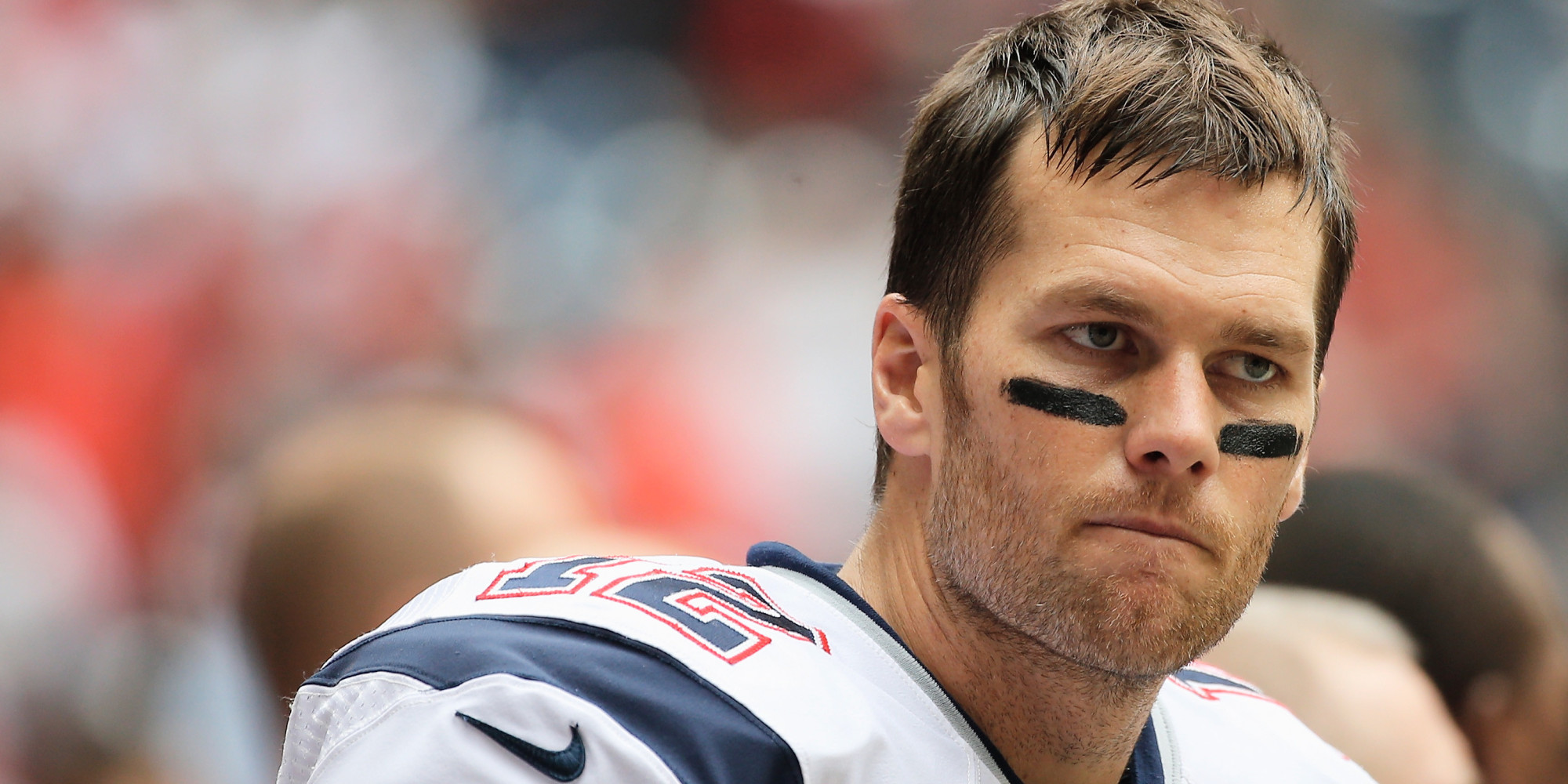 Quarterback Tom Brady and the New England Patriots have had their NFL punishment handed down.

And it’s not pretty.

Brady has been suspended for the first four games of the 2015 season. In addition to this, the team faces a $1 million fine and the loss of two draft picks (first rounder in 2016 and fourth rounder in 2017).

What will the first four games of the 2015 season look like without Brady under center? That’s the big on-field question here.

Since the Patriots have a bye in Week 4, Brady will not return to action until Week 6 against the Indianapolis Colts. Of course, this could change should Brady win his appeal. However, this story is written with the mindset that Brady will be watching the games lounging in his Love Sac home.

It’s highly likely that the Patriots will have to run out there with second-year backup Jimmy Garoppolo in the driver’s seat. Along with Brady likely sitting this one out, running back LeGarrette Blount will also be missing the game due to a one-game suspension he will be serving for violating the NFL’s Substance Abuse Policy.

The Steelers and quarterback Ben Roethlisberger, who knows a thing or two about suspensions himself, have not faced the Patriots since November 3, 2013. In a lopsided victory, Brady and company handed the Steelers a royal spanking by the score of 55-31. This will not be the case come Week 1. Look for Big Ben and the guys to make a major statement on national television against the defending champions.

In his last outing against Pittsburgh, Brady put up an astounding 434 yards and four touchdowns. That’s not happening with Garoppolo under center. The downside for Pittsburgh is it will be without running back Le’Veon Bell, who will also be serving a suspension in Week 1 for being busted for marijuana with Blount.

Heck, Brady aught to just invite the two running backs to his pad where they can all watch the game on his 100-inch projection screen at one of his ritzy mansions.

Here’s the perfect opportunity for the Rex Ryan-led Bills to gain an upper-hand on their competition. The Bills serve up one mean defense, who only allowed opposing quarterbacks to pass for 225 yards per game last season. Garoppolo is going to struggle against this mighty defensive unit. With that said, the Bills don’t exactly offer the prettiest of options at quarterback either. However, their run game, led by LeSean McCoy, could be challenging for the Pats to shut down.

This could be Garoppolo’s and the Patriots first victory of the 2015 season. The young quarterback will be a bit more versed by this time. The Jaguars, who have lost 39 of their past 48 games, have also struggled big time against New England. Jacksonville is just 1-8 in their past nine matchups against the defending champs.

One thing that offers Jacksonville a bit of hope is the fact that New England has been really cleaning house when it comes to its defense. Additionally, the team did not re-sign cornerback Darrelle Revis. Perhaps this will help out quarterback Blake Bortles as he targets his young group of wide receivers and a shiny new tight end target in Julius Thomas.

While this juicy matchup was made for the haters, it will now potentially be played without one of the most divisive quarterbacks in the NFL. It’s also going to be a tremendously difficult game for what could be a Brady-less Patriots squad.

While their defense has become more stout, the Cowboys’ run game will likely take a hit without DeMarco Murray. Whether it is a committee or the embattled Darren McFadden heading the ground patrol, the Patriots average rush defense should be able to slow down the Cowboys.

However, if Romo is playing at the top of his game, he’s going to be able to hit Dez Bryant on a consistent basis. That’s only magnified by a suddenly scarce cornerback group in New England.

Prediction: Cowboys over the Patriots 31-21