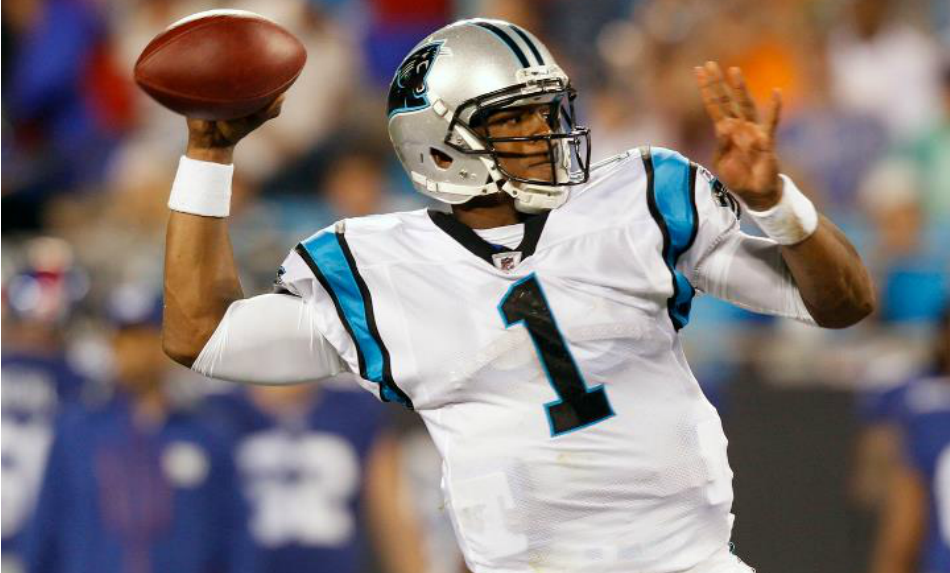 The NFL owners voted to approve a rule that will allow teams to either attempt an extra point from the 15-yard line or go for the two-point conversion from the two.

While nothing major will change due to the new rule, it could spark some teams to go for two more frequently in an attempt to add that extra point.

Here are 10 players who could benefit from the change.

Graham presents a monster-sized red zone threat who could tally up a two-point conversions at a rapid pace this season. He had the second-most receptions of any tight end last season while compiling 10 touchdowns. As Russell Wilson’s best receiving option, it wouldn’t be a surprise to see the two connect on multiple two-point conversations throughout the year. That’s only magnified by Graham’s massive 6-foot-7 frame.

When healthy, Foster is a touchdown machine and especially elusive when it comes to maneuvering himself into the end zone. Over the course of the four seasons where Foster has actually played at least 13 games, he’s averaging 15 touchdowns per. Foster has also tallied 1,765 receiving yards in those four seasons.

Lynch scored 17 combined touchdowns last season. It represented the fourth consecutive season that the Pro Bowler has tallied 12-plus total touchdowns. Due to Lynch’s pure strength at the line of scrimmage, it’s possible that Pete Carroll and company could decide to go for two more often under the new rules. With Graham in the fold, that presents a ton of mismatch issues for opposing defenses.

Newton, who stands a stately 6-foot-6, could have some fun attempting two-pointers this season. Couple Newton’s imposing frame with Kelvin Benjamin (6-foot-5) and rookie wide receiver Devin Funchess (6-foot-4), and you have a whole bunch of “man” for defenses to go up against in the red zone.

In addition to having both Jimmy Graham and Marshawn Lynch, Wilson’s feet could come in handy near the goal line. The Super Bowl winner led all NFL quarterbacks in rushing yards and rushing touchdowns last season. He has also kept his interception numbers quite low (26 in three seasons). This will continue to give Pete Carroll and company reason to trust Wilson in the red zone.

Not only did Bryant lead the league in touchdowns with 16 last year, he has led the league over the past three years with 41 total touchdown receptions. He’s fantastic at evading defenders, often leaving them in the dust as he sprints his way into the end zone. Based on Bryant’s pure physicality alone, the Cowboys may attempt a few two-point conversions by virtue of the under-used fade in the corner of the end zone. Why not?

Gronkowski tied for first among NFL tight ends with 12 touchdowns last season. As long as he’s healthy, this makes Gronk a continued threat in the red zone. A monster at 6-foot-6, Gronk is nearly impossible to stop when he gets the ball near the end zone.

Why not let Beckham test out a two-point conversion or three this season? Coming off of an extremely accomplished rookie season that earned him NFL’s Offensive Rookie of the Year, this second-year receiver is an absolute freak of nature. Unless opposing defenders find a way to get pogo sticks on the football field, the Giants might be well served lobbing a few balls up there on two-point attempts. It just makes too much sense.

As a dual-threat out of the backfield, Forte could benefit a great deal from his team going for two on a more consistent basis in 2015. The two-time Pro Bowl running back put up a ridiculous 102 receptions in addition to 1,000-plus rushing yards last season.

Interestingly, Bears quarterback Jay Cutler also converted on all four of his two-point attempts in 2014. It will be interesting to see if new offensive coordinator Adam Gase utilizes this new rule as a benefit to his unit.

We all knew this was coming. Will terms like the “two-point specialist” or the “Tim Tebow two-point rule” be coined when the 2015 season comes to a conclusion? We shall see.

However, Tebow’s role with the Eagles might not take on a traditional model this season. He was surely added to Chip Kelly’s concoction of quarterbacks to showcase his handy athleticism and physicality.

Back in 2011, Tebow played in 14 games with the Denver Broncos. He scored six rushing touchdowns and completed multiple two-point conversions. Considering Kelly likes to go away from the grain on offense, it could very well be Tebow Time in Philadelphia this year.