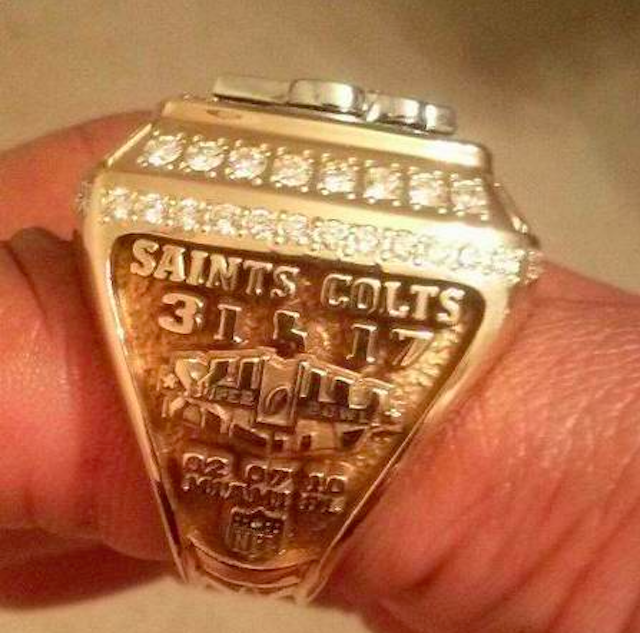 They say money can’t buy championships. This is rarely proven untrue, however in this case, all you have to do is have $45,000 and you have yourself a Super Bowl ring.

There’s a research team at the Times-Picayune trying to figure out who the culprit is behind the selling of the ring.

No. 29 is inscribed on the ring, so the team narrowed it down to four players. Defensive backs Chris McAlister, Marcus McCauley, and Herana-Daze Jones all sported the number along with practice squad player Glenn Sharpe.

Some have said McAlister is struggling with finances these days, and the seller is located in Georgia. That is about as much evidence that has been given out.

Super Bowl XLIV was played in 2010 when the New Orleans Saints defeated the Indianapolis Colts 31-17.

You have to wonder what makes a person put a $45,000 item on Craigslist to begin with. They do have auction companies that do this type of thing. They also have this thing called eBay.

Instead, let’s meet some random person off the Internet with $45,000 in tow.