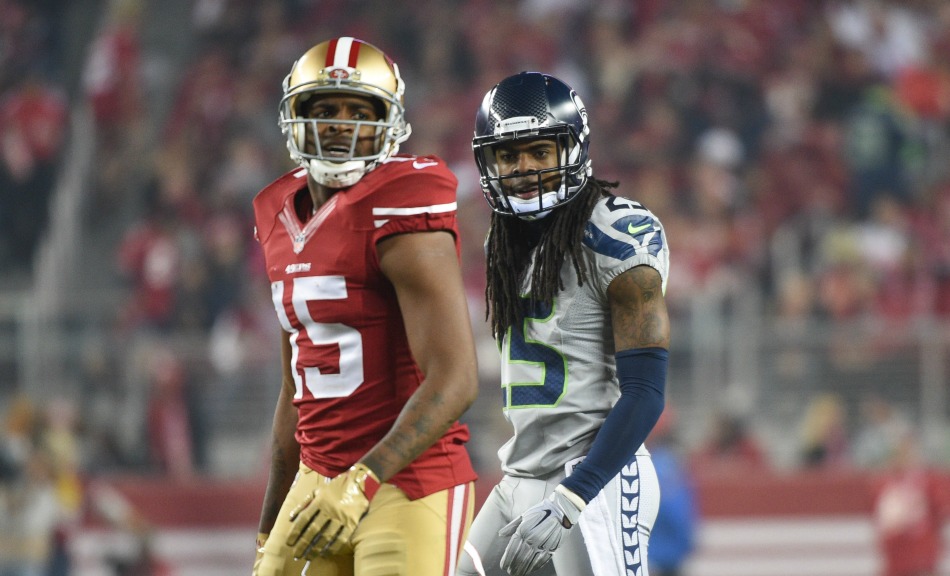 Wide receiver Michael Crabtree is reportedly set to sign a free-agent contract with the Oakland Raiders, according to ESPN’s Bill Williamson and Adam Caplan.

The former No. 10 overall pick by the San Francisco 49ers struggled at times in six seasons in the Bay, but he is a gifted athlete with run-after-the-catch ability. He has 347 career receptions for 4,327 yards and 26 touchdowns, but only one 1,000-yard season—in 2012, when he caught 85 passes for 1,105 yards and nine touchdowns, all career highs.

Crabtree turns 28 early in the 2015 season. And if he stays healthy with the Raiders, he could realistically play another seven to eight seasons. That means he will have another opportunity to sign a contract in the not-so-distant future.

By signing with the Raiders, Crabtree immediately becomes Derek Carr’s primary receiving target. While that says a lot about the Raiders group of pass catchers, it’s also an indication the team’s offense is set to improve.