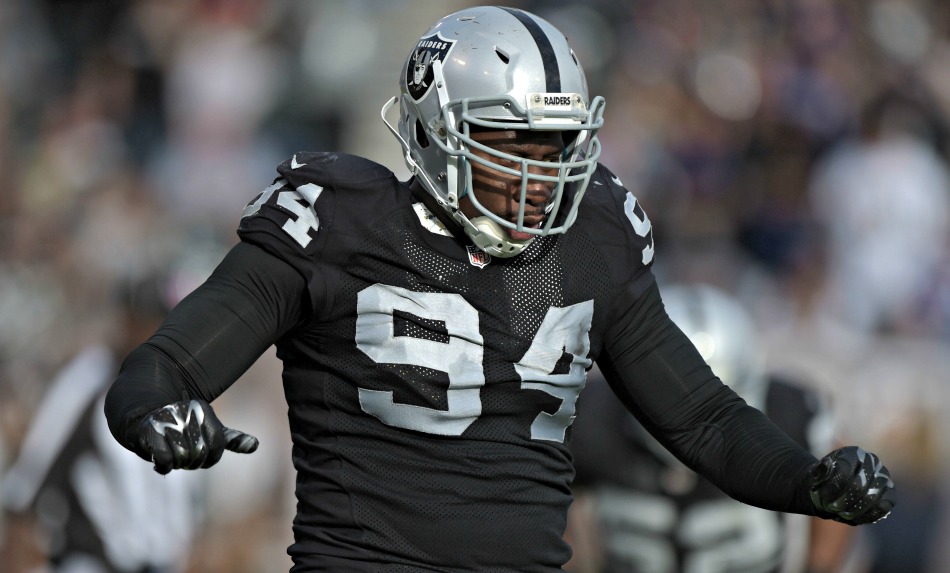 Free-agent defensive lineman Antonio Smith has agreed to terms with the Denver Broncos.

Antonio Smith has agreed to a 1-year $2 million contract with the Broncos, per @RosenhausSports.

Smith, a former fifth-round pick of the Arizona Cardinals, spent last season with the Oakland Raiders, where he compiled three sacks as the team’s starting defensive right tackle. The position was new to Smith a year ago, and it showed in his run defense. The 11-year veteran posted the worst run-defense grade among defensive tackles, according to Pro Football Focus‘ in-depth metrics (subscription required).

The Broncos get a shell of the former pass-rusher that was Smith. He has 44.5 career sacks, but if he remains at defensive tackle, Denver would likely need to add another body to help Smith replace Terrance Knighton, who signed a free-agent deal with the Washington Redskins.