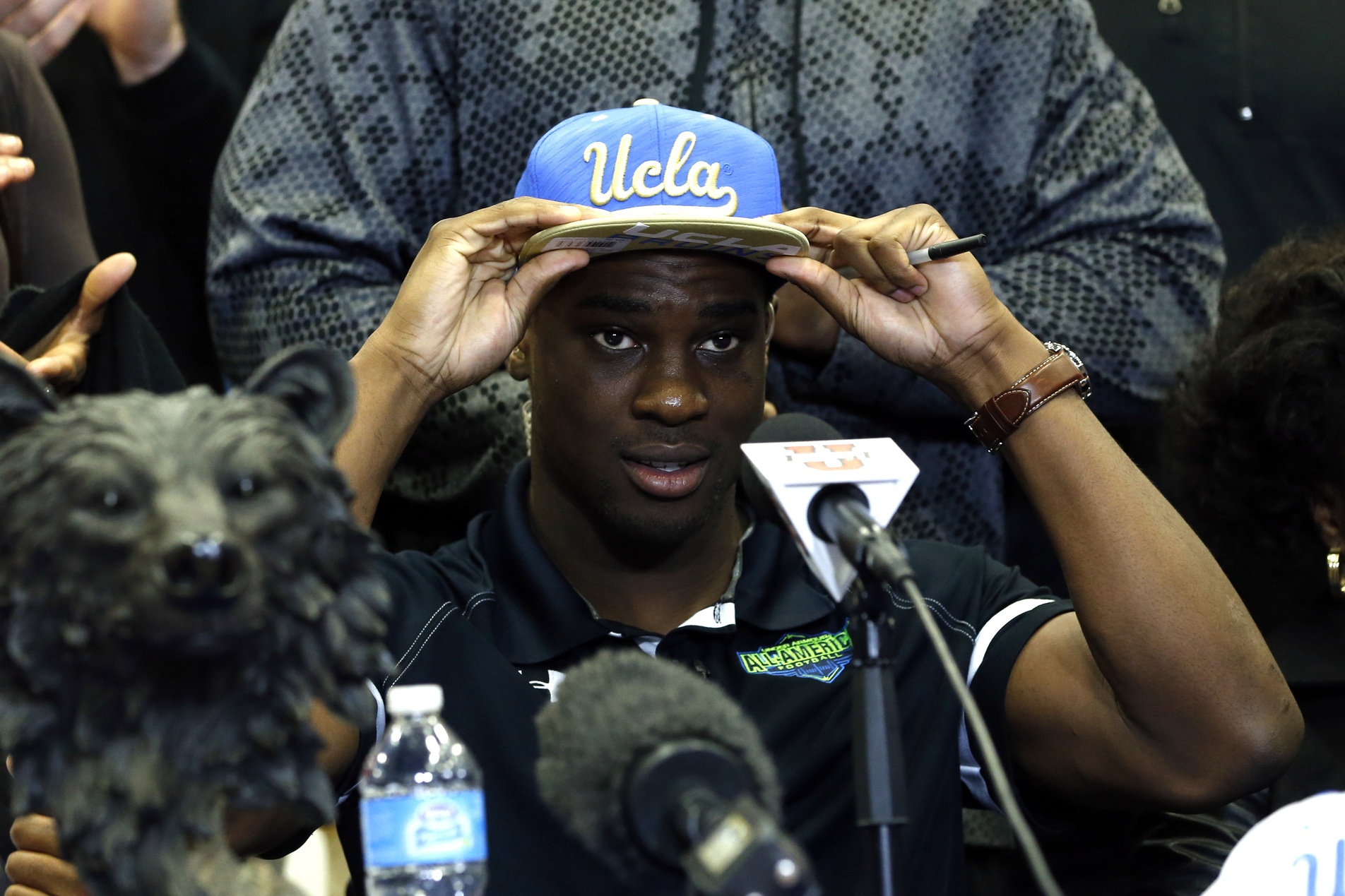 “Jamabo, 18, was held on charges of evading arrest with a vehicle, minor consumption of alcohol, minor in possession of alcohol, speeding, driving without possessing a driver’s license and disregarding a stop sign. He remained jailed Sunday morning.”

A 5-star recruit according to the 247Sports Composite Rankings, Jamabo signed to play football at UCLA. He racked up 5,053 rushing yards and 78 touchdowns along with 959 receiving yards and seven scores during his time at Plano East (Texas).

Before choosing to play for the Bruins, Jamabo considered scholarship offers from some of the nation’s premier college football programs, including Alabama, Oregon, Michigan, Ohio State and Texas.

During his recruitment, the 6’2″, 210-pound back made headlines for a better reason. Amidst the high-profile pursuit, Jamabo shared his final two options were the University of Phoenix and ITT Tech.

Jamabo’s status will be updated when available.