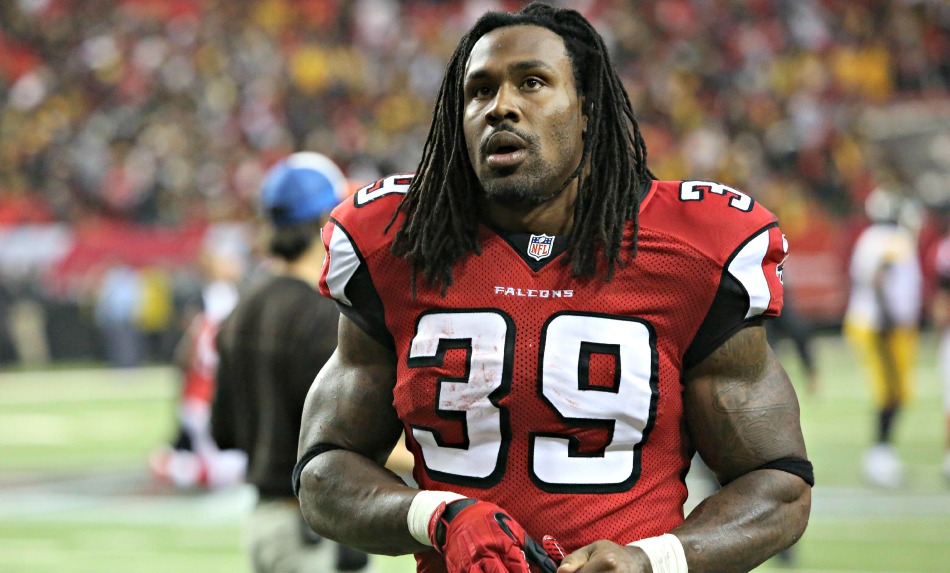 The free-agent running back pool, which started out rather deep, has thinned out immensely with many of the top-shelf backs signing with new teams. Here’s a look of five of the best running backs who are still available.

Of this group of running backs, Jackson has definitely had the most lucrative career. He totaled an incredible 10,138 yards and 59 touchdowns as the St. Louis Rams’ primary workhorse from 2004 through 2012. Unfortunately, it all went to heck when he decided to sign with the Atlanta Falcons in 2013. After eight consecutive seasons of putting up over 1,000 rushing yards, Jackson managed to produce just 1,250 total rushing yards while with the Falcons. His yards-per-carry average also took a dive, from his 4.3 while with St. Louis to a sluggish 3.6 in Atlanta.

Still claiming he has some gas left in his tank, Jackson would love the opportunity to stretch his career out just a little bit longer before he eventually retires as a potential future Hall of Famer. If there are any takers for Jackson’s services, his heart appears to be up for the experience. As for his legs, the large-bodied Jackson could potentially be used for late downs or short-yardage and goal-line situations.

After spending eight seasons with the New Orleans Saints, Thomas was ousted due to younger running back competition. Varying health issues found Thomas completing only two, 16-game seasons during his tenure with the Saints.

However, in the 3,745 rushing yards Thomas totaled, he maintained a stellar 4.6 yards per carry, scoring 28 touchdowns along the way. Additionally, Thomas was well-versed as a receiving back, piling up 2,608 yards and scoring 12 touchdowns. Unfortunately for Thomas, the Saints typically do not run the ball as much as other teams, so he never had a true “breakout” season.

Still viable as a change-of-pace back, Thomas could certainly add respectable depth to a team in need of a versatile running back.

Moreno’s one-year gig with the Miami Dolphins was an utter flop. Plagued with injuries, Moreno participated in only three games, totaling 148 yards on 31 carries. The one touchdown Moreno scored paled in comparison to his breakout 10-touchdown, 1,038-rushing yard season in 2013, his final year with the Denver Broncos.

Throughout the course of his career, Moreno has maintained a 4.3 yards-per-carry average and, as proven by his last year with the Broncos, that he has potential.

Unfortunately, health is an issue. Because of that, Moreno has not attracted much interest from any potential teams yet this offseason. If he can remain healthy, Moreno could be an asset to a team in need of a physical back with the added ability to catch the ball out of the backfield.

Productive in each of his six seasons with the Tennessee Titans, Johnson never produced less than 1,000 rushing yards per year. Best known for his amazing 2009 campaign, Johnson put up 2,006 rushing yards and 14 touchdowns while being honored as a first-team All-Pro selection.

Due to contract disputes prior to the 2014 season, Johnson was released and signed on with the New York Jets. Unfortunately, Johnson was occupied in a timeshare with fellow running back Chris Ivory last season, and his rushing yards plummeted to only 663 along with just one touchdown.

Not a fabulous fit for the Jets, personality or skill-wise, Johnson finds himself on the free market where, if signed, he could still produce some significant results for another couple of seasons.

Originally selected by the New England Patriots in Round 3 of the 2011 NFL draft, Ridley sits as one of the youngest players yet to be signed during the free-agency period. Coming off of a season-ending ACL tear, Ridley played in only six games in 2014.

Ridley’s shining season came in 2012 when he posted 1,263 yards rushing and 12 touchdowns. Since then, he has occupied a crowded and competitive backfield, which led to his venture to test the free-agent market. Ridley has reportedly met with the Miami Dolphins and will next visit with the New York Jets.

At the young age of just 26, Ridley possesses definite potential, which should lead to him signing with a team before too long.