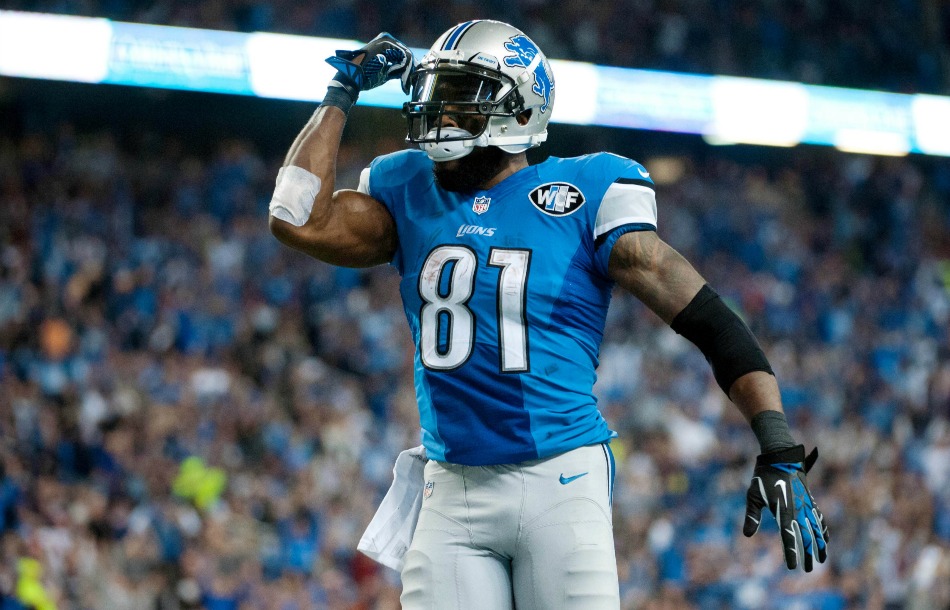 Eight lists consisting of 40 total players have been created—each one featuring players better than those in the previous entry. It all has led up to this, the final edition of a nine-part series highlighting the best prospects drafted in each round over the past decade.

Only three draft classes are represented below. Plus, after owning part eight with three of the five-best players, one year produced two more top performers.

Quarterback, running back, wide receiver, defensive tackle and inside linebacker are the positions; they’ve tallied a combined 27 years, named to 20 Pro Bowls and been honored with 11 All-Pro votes.

You know these players well. Their inclusion on this list should not come as a surprise. And here they are—the five-best top-10 picks of the past decade.

It simply is not fair. The Indianapolis Colts were a team on the rise, having made the playoffs two consecutive years before a disastrous 3-13 season in 1997 gave them the top pick in the 1998 draft.

He struggled early on, setting a rookie record for interceptions that still stands to this day. But beginning in 1999, Manning went on a tear that lasted 11 years. He would ultimately throw for nearly 55,000 yards and 400 touchdowns while getting to two Super Bowls—beating the Chicago Bears in Super Bowl XLI before losing to Drew Brees and the New Orleans Saints in Super Bowl XLIV.

Then Manning had multiple neck surgeries and missed the 2011 season, causing the Colts to earn the top pick in the draft just in time for the entry of the next-best quarterback prospect since Elway: Andrew Luck.

All Luck has done is pick up where Manning left off, going 33-15 and leading Indianapolis to the AFC South title in each of his three NFL seasons. Luck—who has thrown for 12,957 yards and 86 touchdowns—and the Colts have made it one step further in the playoffs each year. If the trend continues, they will represent the AFC in Super Bowl 50.

The Stanford product does just as much with his arm as he does with his legs, carrying 189 times for 905 yards and 12 touchdowns over his short career. His pocket presence is second to none, and his ball placement—whether from within a clean pocket or on the run escaping pressure—is impeccable.

Luck is on his way to multiple rings. The only question is when they will come, not if they will.

From a linebacker perspective, there isn’t a thing on the field Kuechly cannot do; rushing the passer, covering tight ends, beating the opposition’s fastest running back to the edge—he does everything at an All-Pro level and has since his rookie year.

Kuechly led the NFL in total tackles during two of his first three seasons, ranging from sideline to sideline like no one else currently playing the position.

But Kuechly doesn’t beat backs to the edge by being the fastest or lightest on his feet. He is an incredible athlete, don’t misinterpret. Kuechly knows where the ball is headed before the ball is snapped. He doesn’t rely on exceptional athleticism to make plays. Rather, Kuechly does his homework and gets there even quicker.

Defensive coordinator Sean McDermott explained why his star linebacker is so good, as noted by David Newton of ESPN.com:

“The process he puts himself through, he earns the right to be good and to have success. It’s like studying for an exam for Luke.”

“I know [Houston Texans defensive end] J.J. Watt is a great player, but you can’t find a guy that impacts the game on defense like Luke. The run game, the pass game, covering the running backs, getting deep on receivers. The guy is unbelievable.

He’s the best defensive player that I’ve ever [seen].”

Fresh off signing a record six-year, $114.4 million free-agent deal with the Miami Dolphins, Suh is the best of the 2010 draft class. His antics on the field have always been controversial, but the fact remains he is the most dominant defensive tackle since Warren Sapp.

At 6’4” and 307 pounds, he moves much quicker than one would expect upon first glance, just as Sapp did in his prime. A five-year pro, Suh has earned four Pro Bowls selections and three All-Pro honors, and before he’s done playing will earn many more of each accolade.

Now, Suh has a mean streak that sometimes gets the best of him. But if the year on the calendar read 1975 instead of 2015, he would fit right in. Some of the plays for which he has been fined look like the standard operating procedure back in the old days.

But in today’s NFL, Suh has been fined over $600,000 for several on-field incidents.

Whether you love him or hate him, there is one thing you cannot deny: Suh is dominant, and his presence in the middle of a defensive line makes the entire unit better by proxy.

Teammates with Suh in Detroit for five years, Johnson has been one of the league’s best receivers since stepping onto an NFL field. He’s endured a lot throughout his time with the Lions, having caught passes from the likes of J.T. O’Sullivan, Drew Henson, Drew Stanton, Dan Orlovsky, Shaun Hill, Jon Kitna and a past-his-prime Daunte Culpepper before being blessed with the rocket arm of Matt Stafford.

And remember the infamous 0-16 team of 2008? Despite pure pestilence from the Lions that season, Johnson recorded 78 receptions for 1,331 yards and a league-high 12 touchdowns.

Last season, the one known as Megatron became the fastest player to record 10,000 yards receiving, doing so in 115 games—besting the record (116 games) that Torry Holt held.

With one more 200-yard game, Johnson will break a tie with Hall of Fame receiver Lance Alworth for the most all-time—both currently have five such performances.

It’s hard to believe Johnson won’t be 30 until the opening weeks of the 2015 season. If he has the good fortune of remaining healthy, it’s possible Johnson could come close to Rice’s career yardage record of 22,895.

They come around about every decade or so, the freaks of nature who play running back better than anyone else. Peterson may not be the best ever, but to be mentioned along with the best is an honor in itself.

The only two seasons in which he did not record at least 1,200 yards, he missed time due to injury and a legal issue. Peterson’s impact isn’t that of a quarterback, so he and the Vikings have had some bad seasons. But that doesn’t take away the fact he’s the best back of the past 20 years.

Peterson currently sits seventh in league history, averaging 5.0 yards per carry over his career. His 98.0 yards per game is third all-time behind only Brown (104.3) and Sanders (99.8). Even with an average 2015 season, Peterson can move into the top 10 in rushing touchdowns—his 86 are 14th on the all-time list.

The obvious question is where will he play in 2015? The Vikings remain adamant they will not trade him, but at some point general manager Rick Spielman must realize it’s unfair for to hold a player hostage after the events that have unfolded over the last calendar year.

If Peterson wants a fresh start in a new city, that should be awarded.

But that’s neither here nor there at this point.