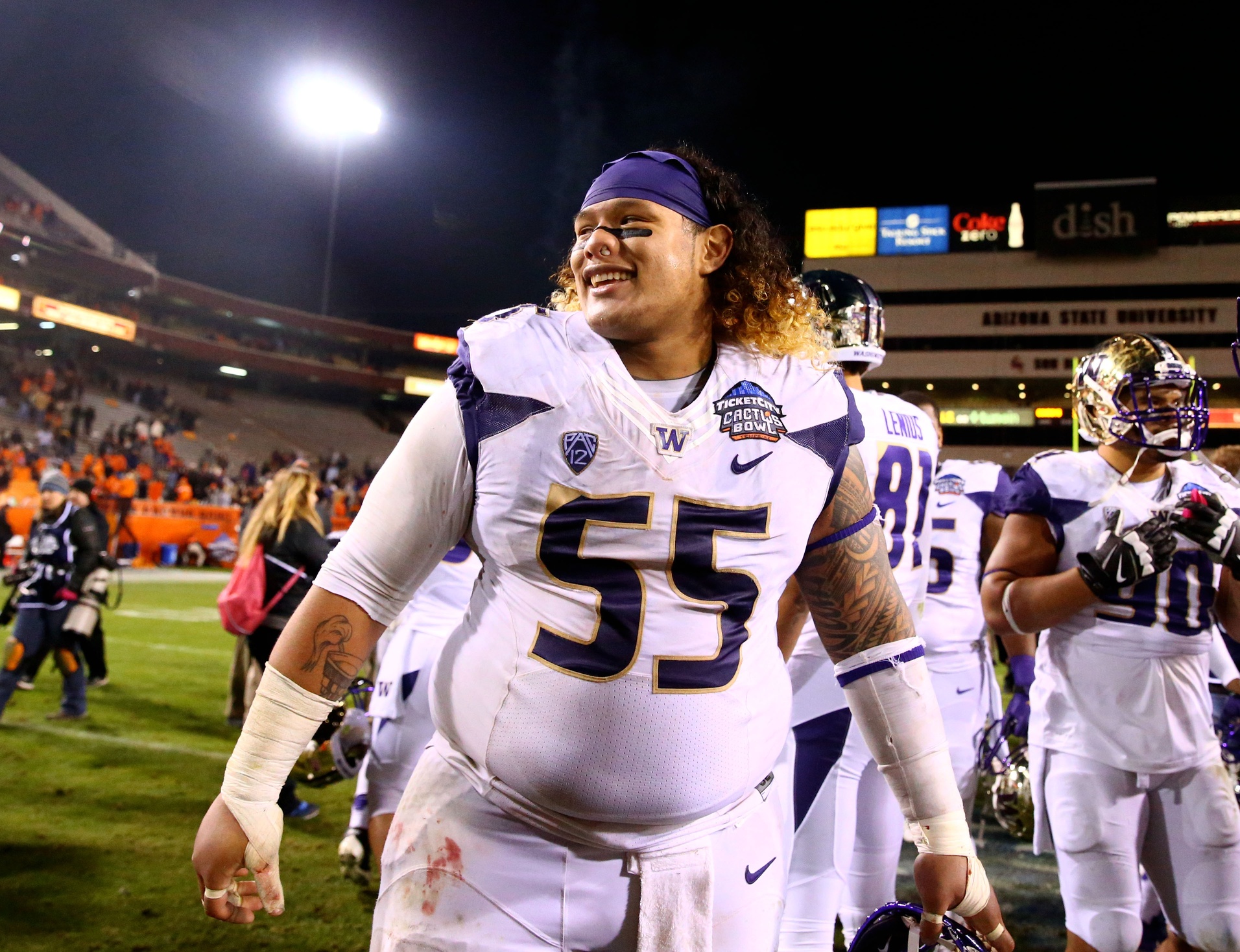 This is a great pick-up for the Cleveland Browns. Former Washington nose tackle Danny Shelton is a space-eater who should play a lot early on. And at 12th overall, it’s a great value.

For three years as a member of the Huskies, Shelton was more about stopping the run than rushing the quarterback. But as a senior in 2014, all that changed. He entered the year with 2.5 sacks and 7.5 tackles for a loss; he exited the year having racked up an impressive nine sacks and 16.5 TFL.

At 6’2″ and 339 pounds, he is a true nose tackle and should slide into Cleveland’s starting lineup early, potentially for Week 1. That will form a solid defensive front with Billy Winn and potentially Phil Taylor