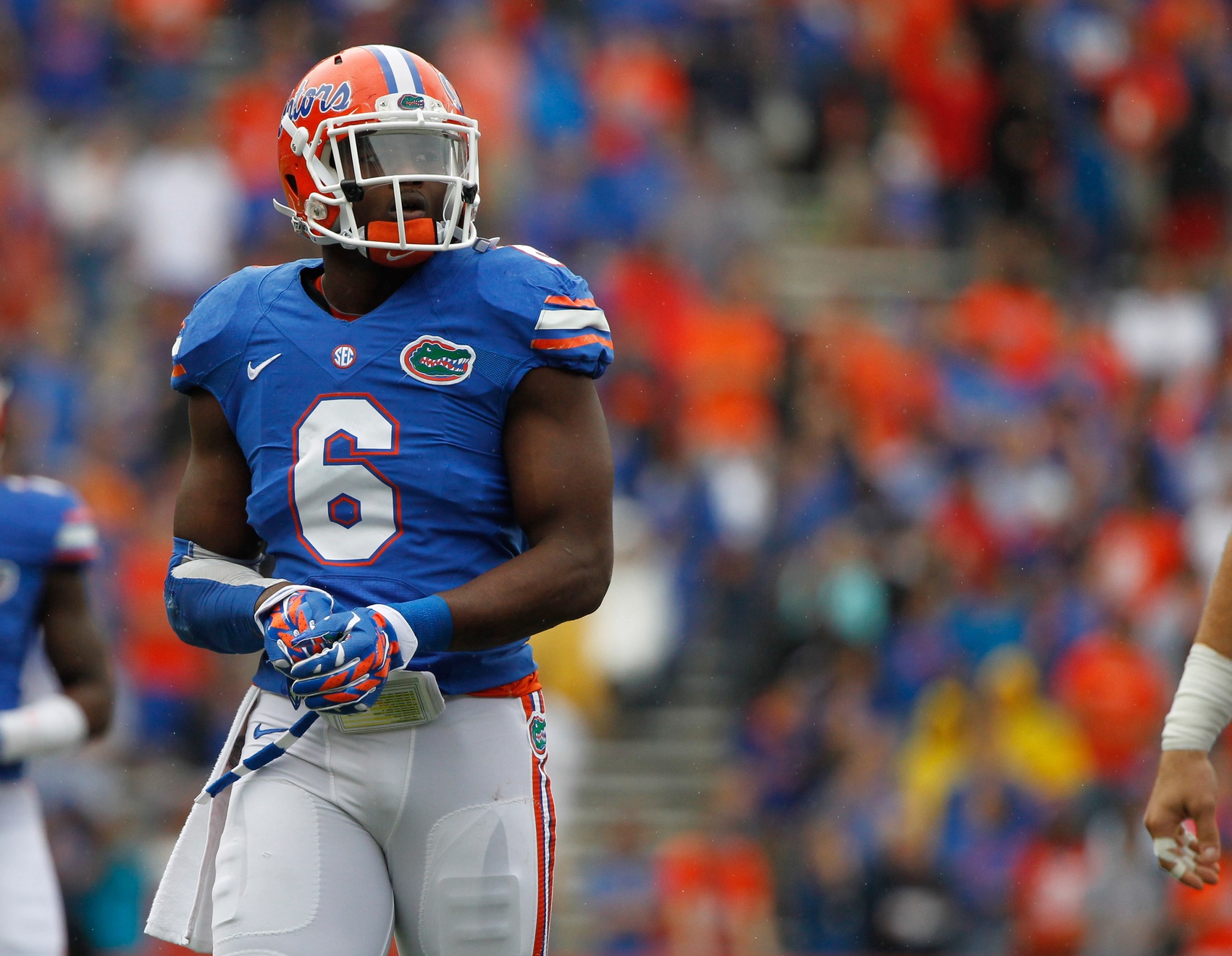 Former Florida defensive end Dante Fowler Jr. is headed to the Jacksonville Jaguars in what was a no-brainer pick at No. 3 overall. Jacksonville needs the help off the edge, and that is exactly what Fowler brings to the table. It’s also the type of player that defensive-minded head coach Gus Bradley has been seeking since he became the team’s head coach.

The 6’3″, 261-pound pass-rusher notched 14.5 sacks and 33.5 tackles for a loss in three years at Gainesville, but his value is in more than getting to the quarterback. He also is adept at stopping the run and, though he wasn’t asked to do it much in college, appears to be athletic enough to drop into coverage.

The Jaguars, however, shouldn’t ask him to drop into coverage much, because his relentless motor will help him disrupt passing attacks for a long time on Sundays.