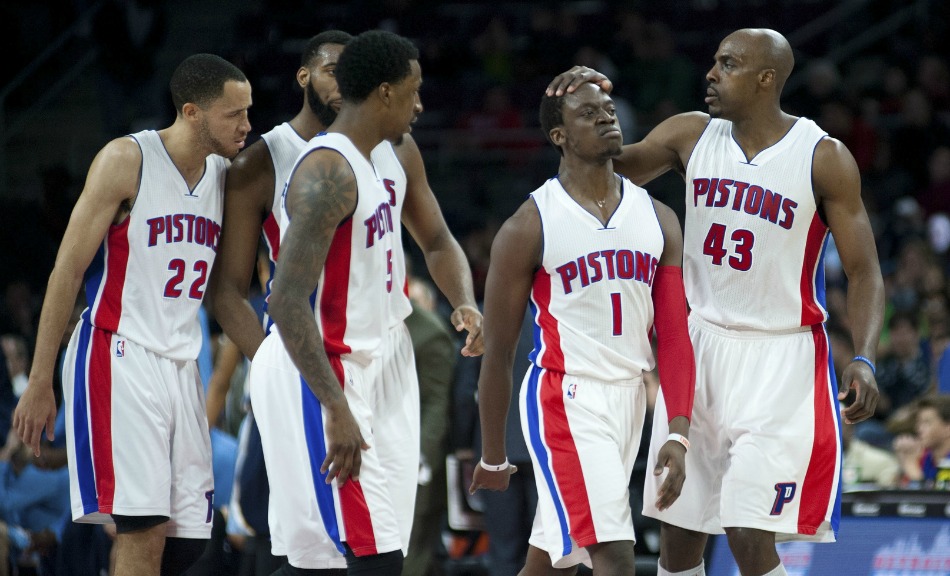 There are many things you can call Reggie Jackson’s time with the Detroit Pistons, but prosperous is not one of them. Expected to be a major building block next to center Andre Drummond when acquired at the trade deadline, Jackson has struggled immensely as the Pistons have fallen out of the playoff race in the Eastern Conference.

That may have changed Tuesday night against the Memphis Grizzlies. Jackson exploded for 23 points and 20 assists in the Pistons 105-95 victory, only the second such game since 2012 – his teammate, Brandon Jennings, notched one of his own in January.

What led to the reversal of fortune? According to Tayshaun Prince, the absence of forward Greg Monroe was the key. Via Vince Ellis of the Detroit Free Press:

When you play in Oklahoma City where there’s four shooters around him, that lane open up like the ocean,” Prince said. “You can wine and dine all night long.

“When you playing with Greg and ‘Dre, it’s going to be tight quarters in there and it’s taken him awhile to read that. As you saw tonight with only one big in there, it was kind of Oklahoma City all over again. He could get in there and make those plays that he usually makes.”

It was only one game, and a game in which Memphis did not play particularly well, but it’s easy to see what Prince is talking about. Jackson excels at attacking the rim, and forms a formidable duo with Drummond on the pick and roll. However, he can get too aggressive, leading to poor decisions and bad shots.

Below are two plays from Tuesday’s game against Memphis. The first is a pick and roll, the second is a straight drive. In both plays, Jackson finds himself in traffic, but the number of options available to him makes things easy: just pass it to the open shooter.

Compare that to this play – incidentally, the first possession of the game — earlier in the season against the Charlotte Hornets. We again see the pick and roll with Drummond, only there’s nowhere for Jackson to go. Instead of bringing the ball back out, he pulls up and misses a midrange jumper.

Here’s a still shot for a clearer look at Jackson’s options on the play.

This isn’t exactly earth-shattering, and it’s not something we haven’t already seen from head coach Stan Van Gundy in the past. This does, however, give Detroit an idea of what things might look like as they continue to build around Jackson and Drummond. Greg Monroe is a very good basketball player, but he’s an unrestricted free agent this summer, and he doesn’t fit Van Gundy’s four-out offense.

Maybe, just maybe, the sun is beginning to shine on Pistons basketball once again.