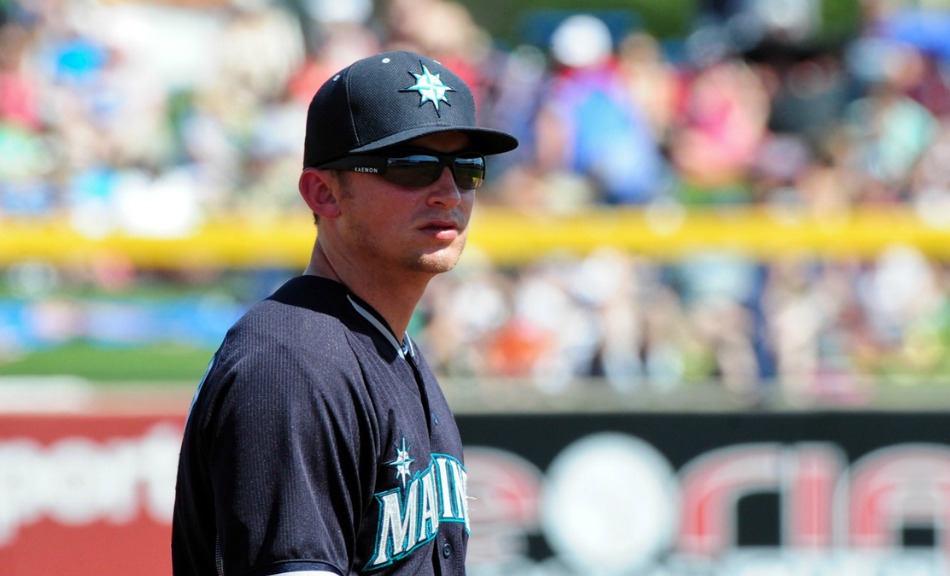 With the Major League Baseball regular season right around the corner, predictions are being set regarding what will take place in the coming months.

From Sports Illustrated picking the Cleveland Indians to win the World Series to others concluding Mike Trout is the best player in the game, some are putting their opinions out there.

In keeping with that theme, here’s our look at five under-the-radar candidates for the American League MVP award.

Fresh off a massive extension and prepared to lead Seattle to the top of the AL West, this former top prospect looks like he’s going to have a huge campaign. Seager hit .268 with 25 homers and 96 RBI last season.

In order for the 27-year-old third baseman to produce at a MVP-caliber clip, he’s going to have to cut down on a strikeout rate that saw him go down 350 times over the past three seasons. If that happens and with added protection in the lineup, there’s no reason to believe Seager can’t hit 30-plus homers and drive in at least 110 runs. Those are MVP numbers right there, especially if Seattle does win the AL West.

Coming off a second consecutive All-Star performance, Gordon is now the face of a Royals team that’s looking to repeat as American League champs in 2015. After sitting out most of spring training with a wrist injury, Gordon will look to get into shape prior to the start of the regular season. While that may slow him down a tad, Gordon has seen an overall progression since becoming an every-day player in 2011. He’s earned two consecutive Gold Glove awards and is now entrenched as one of the top hitters in the Central.

Gordon will have to hit for more power (19 homers in 2014) and cut down in strikeouts (126-plus in each of the past four seasons) in order to be taken seriously. However, Gordon’s overall performance should make him an under-the-radar candidate if Kansas City repeats its success from last season.

The 2014 American League Rookie of the Year may not be considered a true under-the-radar candidate, but very rarely do we see a second-year player enter the MVP conversation. For all intents and purposes, Abreu has all the tools to be a dominating force for years to come. He hit .317 with 36 homers, 117 RBI and a league-leading .581 slugging percentage last year.

With Melky Cabrera and Adam LaRoche now protecting Abreu in the lineup, he’s not going to have to do everything himself. This will give him more of an opportunity to see good pitches and drive in even more runs. Based on his talent and the talent of those around him, there’s no reason to believe this Cuban star can’t hit 40-plus homers and drive in nearly 130 runs in 2015. If Chicago earns a playoff spot, Abreu will definitely be in the MVP conversation.

Despite stellar postseason performances in three of the past five years, Pablo hasn’t necessarily put up great regular season numbers. He hit just .279 with 16 homers last season. His .324 on-base percentage was also down from .340-plus clips in each of the past three years. Those aren’t numbers that indicate MVP consideration.

With all that said, Fenway Park will fit Sandoval incredibly well. As a switch hitter that will hit from the left side of the plate a vast majority of the time, this pull hitter should take full advantage of Pesky’s Pole down the right field line. That coupled with better protection in Boston’s lineup compared to San Francisco indicates that Sandoval’s number should see a dramatic increase in 2015.

Not many people focused on this aspect of the Josh Donaldson trade, but based on pure talent alone, Lawrie might have been the best player in the deal. Lawrie’s numbers have not matched his talent, but a lot of that has to do with injuries. The former Toronto Blue Jays first-round pick has missed nearly 180 games over the past three seasons. He’s also coming off a 2014 campaign that saw him hit below .250 for the first time in his career.

Now with a fresh slate on natural grass (a big deal) in Oakland, Lawrie should be able to remain healthy for the first time in his career. If that happens, the A’s new infielder could surprise people with a huge breakout season.