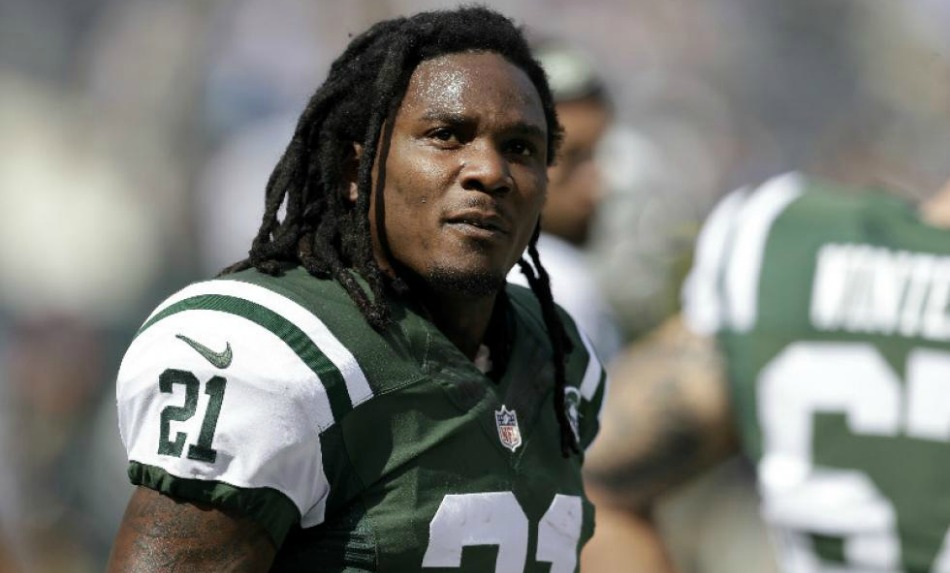 Just a few days after being cut by the New York Jets after completing one season with the team, running back Chris Johnson appears to have departed on a bitter note.

Speaking about his feelings and the way the season played out, Johnson shared these comments on how he felt he was lied to by former general manager John Idzik.

Basically, it was a situation where I was going there to be the guy or whatever. It was still said, yeah, both guys [Johnson and Ivory] were going to get playing time.” Johnson told NFL Media’s Rich Eisen. “I think it was like after the [third] game or something like that, it just switched over and I started getting less and less playing time, and not knowing where it came from.”

Johnson was only given the opportunity to start in six games in 2014 where he totaled just 663 yards on 155 rush attempts.

When asked by Eisen about whether Idzik took control away from Rex Ryan, Johnson continued…

Yeah, like a lot of things, probably, I guess, calling the shots, as far as with the team and things that goes on on Sundays, and whatever. I think a lot of it was out of Rex’s hands because when I sat down and talked to Rex before I signed with the Jets, my role and my situation were explained to me totally different to what actually happened. That’s just what it was. It wasn’t never a type of thing where I was just being outplayed or anything like that. It was never a situation where I got the opportunity to show my talents and be used the way that I was supposed to be used.

Looking towards the bright side and acknowledging the fact that things just didn’t work out so well in 2014, Johnson expressed optimism about his future.

It just didn’t jell; it just didn’t work out. That being said, I think it was a good thing I did my contract how I did it. Basically, I was on a one-year deal with an option of a second year. I know how I feel when I’m working out and all those types of things, so I’m just very excited to see what lies ahead.

Johnson is entering his eighth year in the NFL. And besides his one flop of a season with the Jets, Johnson boasts six career 1,000-yard campaigns. As Johnson hits free agency in pursuit of another NFL team to play for, hopefully both parties can agree to just write off his unproductive 2014 season.