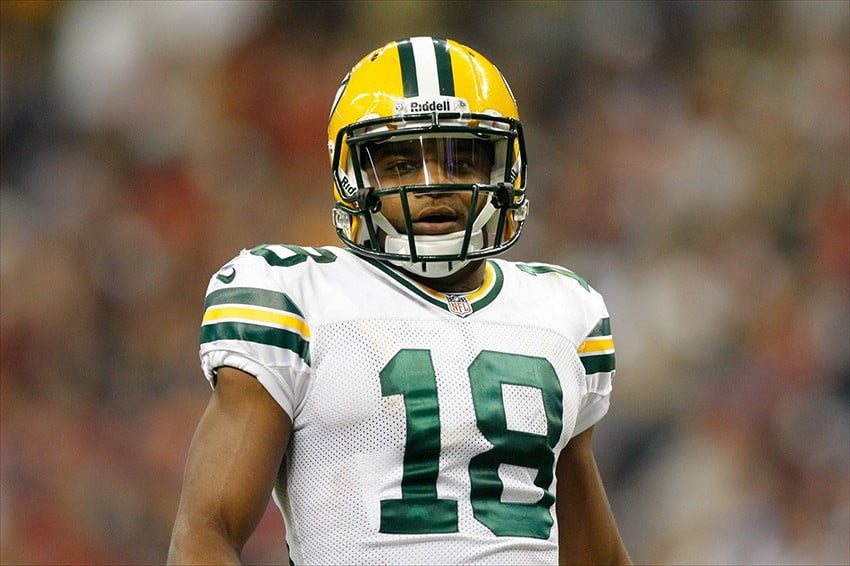 Wide receivers in the NFL have become increasingly more important. The league has transitioned to a pass-first style. And if you have an elite wide out on your team, you’re at a serious advantage.

Randall Cobb certainly proved last season that he is on that list of elites, and it’s time he got compensated like one. Come March, a bevy of teams will be lined up to acquire his services. So let’s take a look at five potential landing spots for the 24 year old.

Some people seem to think the Packers will let Cobb walk and kick second-year wide out Davante Adams into the slot for next season. I do not agree with this assessment. Cobb was an integral part of what the Packers did last season. He finished in the top 10 in receptions (91), touchdowns (12), and catches of 20-plus yards (24). That kind of production cannot easily be duplicated.

Cobb is said to be asking for a contract north of $40 million, much like his counterpart Jordy Nelson received last July (who received $39M to be exact). The Packers are not strapped financially either, like some of the other elite teams in the league. So if they decide they want to keep the slot receiver extraordinaire, they certainly would be able to do so. They’ll have about $24 million to divvy up amongst free agents come March. They also don’t have many impending free agents of their own that they must resign, so that helps. Besides Bryan Bulaga, Cobb is the only true difference maker that is set to come off the books.

When plays broke down for the Packers last season, Cobb became Aaron Rodgers’ go-to-guy. He’s the one that turned potential sacks into 30 yard gains. He is also very versatile, meaning you can line him up almost anywhere on the football field. It would be very slipshod of Green Bay to let Cobb walk for nothing, especially since they have the money to keep him. Eventually, cooler heads should prevail and Ted Thompson will make the necessary decision to lock him up long term. It would be a slight surprise to see Cobb in a different uniform next season.

The Raiders will be linked to probably all of the upcoming free agent receivers in the next few weeks. They have the second-most cap space in the entire NFL and a future franchise quarterback (Derek Carr) who they need to provide weapons for.

Cobb would certainly make perfect sense for Oakland—a team that ranked dead last in yards per game last season. Derek Carr has a bright future in this league, but only if the front office provides him with some help moving forward. Cobb could step into the slot role for the Raiders and give Carr a go-to-guy for the foreseeable future.

Cobb wouldn’t turn the Raiders into an offensive juggernaut, but signing him would certainly go a long way in showing their fans that they’re serious about winning. Potentially starting the season with Cobb and Amari Cooper as your wide outs would be a very nice overhaul for Oakland and would also be a vast improvement from James Jones and Rod Streater. Reggie McKenzie and company seem to always make the wrong decision when it comes to talent evaluation. They can easily rectify those mistakes this offseason by bringing in Cobb.

We recently found out that Josh Gordon will be suspended for the entire 2015 season due to another violation of the NFL’s substance abuse policy. Certainly not good news for a team that that had only 12 touchdowns from wide receivers last season. Without Gordon, the Browns receiving corps includes Andrew Hawkins, Taylor Gabriel and Travis Benjamin. Clearly nothing to write home about.

The Browns, however, sit in a very favorable spot as far as cap space is concerned. They rank third behind Jacksonville and Oakland in terms of available money to spend with $48.7 million. It’s also safe to say that they have one of the five-worst offenses in all of football. Adding Cobb isn’t a luxury, it’s a necessity. Nobody knows who the quarterback will be either. Brian Hoyer is an impending free agent and Johnny Manziel (currently in a rehab clinic) was far from impressive in his only two starts last season. There’s a slew of question marks surrounding the Browns, but adding offensive talent should be the top priority. Cobb has turned into one of the elite wide receivers in the game and signing him would be a major step in the right direction.

Seattle was literally one yard away from it’s second consecutive Super Bowl championship this past season. All Pete Carroll had to do was give the ball to Marshawn Lynch. Instead he called a pass play that was subsequently intercepted. As they say, the rest is history.

The Seahawks will have to vastly improve their offense if they want to get back to their third consecutive Super Bowl next season. Question marks surround Marshawn Lynch and whether he will retire. One thing is for certain, the Seahawks need to provide Russell Wilson with some playmakers. The team let Golden Tate walk last offseason and traded Percy Harvin to the Jets during the 2014 campaign. As it stands, Doug Baldwin and Jermaine Kearse are the top two wide outs for Seattle. That’s simply not getting it done.

Bringing in Cobb would solidify their offense and give Russell Wilson the super star wide receiver that he so desperately craves. The Seahawks will have $23.3 million to spend in free agency this March. They have a few of their own guys who they may need to lock up first, such as cornerback Byron Maxwell and guard James Carpenter, but there should be enough money left over to give Cobb his due if they so choose.

This doesn’t seem conceivable to most people, but it would make a ton of sense. The Titans have maybe the most mundane roster in the entire league. They’re a team that is desperate for offensive talent and a true franchise player. Cobb can be just that guy for them.

For those who don’t know, Cobb is actually from the area. He was born and raised in Maryville, Tennessee and attended high school in Alcoa, Tennessee. So maybe he will show some allegiance towards his home state.

The Titans think they may have found their quarterback of the future in Zach Mettenberger. If so, it’s time to provide him with some playmakers. Kendall Wright is as pedestrian as it gets and Justin Hunter struggles with injuries and lacks consistency. If the Titans were to sign Cobb, they could pair the 24-year old with up-and-coming running back Bishop Sankey and have an assemblance of offensive talent for the future.

It’s also no secret that head coach Ken Whisenhunt loves to throw the ball. Adding a receiver of Cobb’s caliber would certainly have his mouth watering. The Titans have a robust $41.5 million to spend this offseason and they would be best served using it on a playmaker like Cobb. The Titans have also been the doormat of the AFC for a number of years now. It’s time to show their fans that there is change on the horizon and that the losing will stop. Bringing in Cobb would be the first step of that journey.