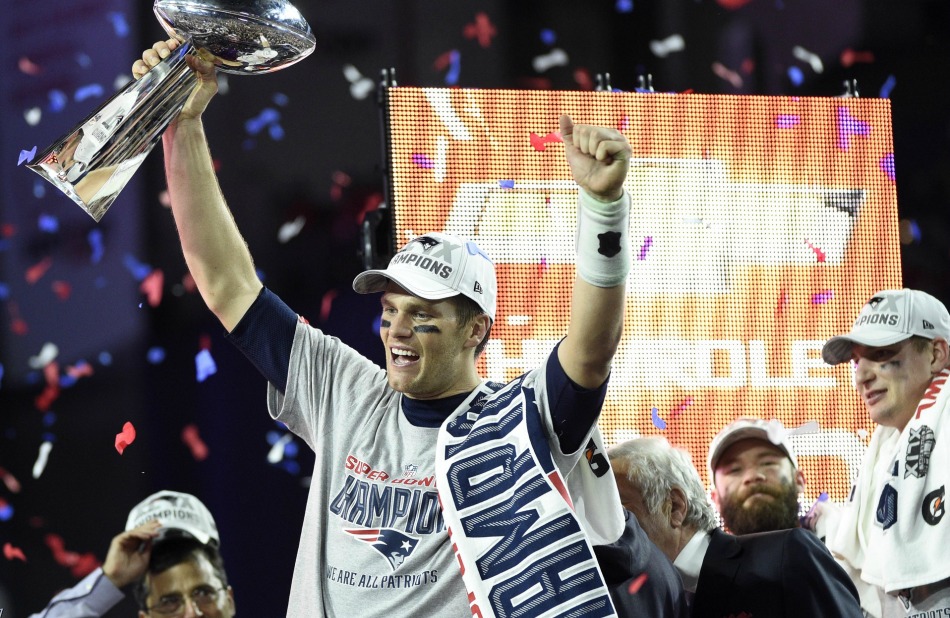 Another NFL season has come and gone. Hard to believe it’s been five months since opening night. Congratulations to the New England Patriots on winning their fourth Super Bowl in franchise history.

With that said, it’s never too early to look towards next season. Let’s take a look at five early favorites for Super Bowl 50.

Seattle has done well locking up all of their key defensive players. Richard Sherman, Kam Chancellor, Earl Thomas, Cliff Avril and K.J Wright are all locked into multi-year contract extensions. The big question for the Seahawks will be what to do with “media favorite,” Marshawn Lynch. He has one year remaining on his deal and he’ll be 29 years old in April. Despite the greatness of Russell Wilson, it’s still Lynch that makes this Seattle offense go. He is as close to most valuable as it gets in this league, but they eventually will have to fork over the big bucks to make their franchise quarterback happy. So will they let Beast Mode walk? The decision is not as simple as it sounds

Besides Wilson and Lynch, this offense is very pedestrian. The receiving corps needs a major overhaul and they could also use a real tight end. Seattle puts a lot of pressure on its defense to shut teams down because of a lack of play makers on offense.

I envision them spending their first few draft picks on offensive players, most likely in the form of a wide out. The offensive line can use some tweaking also, especially since left guard James Carpenter is a free agent. Look for both areas to be addressed.

Some other free agents for Seattle include: linebacker Malcolm Smith and cornerback Byron Maxwell. Smith was the Super Bowl MVP one year ago and is a big part of what they do. As for Maxwell, he started his first full season across Richard Sherman and held his own for the majority of the year. Both players are big contributors and their departures would certainly not go unnoticed.

Even with their impending free agents, the Seahawks have a top-five roster in the NFL. And as long as Wilson stays healthy, they have a strong chance of getting back to the big game.

The Patriots are another team that’s in good shape heading into free agency. The two biggest names coming off their books are superstar cornerback Darrelle Revis and safety Devin McCourty.

Revis, 29, is coming of another Pro Bowl season, ranking fourth among cover corners according to Pro Football Focus official metrics. He is one of the greatest to ever play the position and will command a multi-year contract come March. The Patriots have never been known to give out those kinds of deals, but maybe they will make an exception in this case.

Devin McCourty, 27, had a great season in his own right. He ranked eighth among safeties on Pro Football Focus. New England will have to make a hard decision regarding which guy it wants to bring back. Revis will certainly command more money than McCourty, but the latter might be more valuable moving forward.

As long as the Patriots have Tom Brady, Bill Belichick and Rob Gronkowski, they will be in contention every year. It is truly remarkable to watch them work. Using a plethora of small pedestrian receivers, Tom Brady and company always seem to find their way to the AFC title game every year.

As for 2015, look for them to build their offense through the draft. They could use a staple at running back, as Stevan Ridley and Shane Vereen are both impending free agents. They also need a vertical threat at wide receiver that can stretch the field. It will be very interesting to see what Belichick does this offseason. Whatever it is, I’m sure it will end up with the Patriots back in the postseason.

It’s easy to understand why the Packers are at 10-to-1 odds to win it all next year. They have the best quarterback in the world, Aaron Rodgers. There’s not much else that needs to be said. There is nothing that man cannot do on a football field. He was just named MVP for a second time, and will undoubtedly compete for a third next season.

As long as the Packers have number 12, they will always be in Super Bowl contention. Rodgers finished 2014 with 4,381 yards, 38 touchdowns and a ridiculous five interceptions. As a matter of fact, he hasn’t gotten picked off at home in over two years. Yes, you read that correctly. December of 2012 was the last time Rodgers threw an interception at home in the regular season.

The Packers are in very good shape as far as free agency goes. What they do with slot receiver Randall Cobb will be their biggest offseason decision. He is said to be looking for a contract north of $40 million, which is a number we aren’t too sure Green Bay is looking to meet. He is just 24 years old, and by having him and Jordy Nelson locked up for the foreseeable future, it would allow the team to then focus on the defensive side of the ball.

The other big free agent for Green Bay is right tackle Bryan Bulaga. The Packers predicate their success on the health of Aaron Rodgers, so protecting him should be the top priority. Bulaga earned a grade of +11.9 from Pro Football Focus—good for 16th among qualifiers. They already gave extensions to both of his offensive line mates,T.J Lang and Josh Sitton, so paying Bulaga seems like the right move, assuming they want to keep the band together.

Moving to the defensive side, cornerback Tramon Williams and defensive tackle B.J Raji are free agents. There is a good chance, however, that they will let both walk. Raji tore his biceps before the season started and will be 29 years old in July, an age that’s relatively old for a defensive tackle, especially one coming off major surgery. Tramon Williams is 31 and expendable. I would be surprised to see either of them back next year.

Other than a few minor tweaks, the Packers are in prime position to make another Super Bowl run in 2015. If only Morgan Burnett didn’t go down after intercepting Russell Wilson two weeks ago, we could be talking about a possible repeat. But that’s sports for ya.

Despite being at 10-to-1 odds to win next year’s Super Bowl, the Broncos have a lot of things to figure out before the 2015 season kicks off. First and foremost, will 38-year old Peyton Manning return for his 17th NFL season? That’s the million dollar question. They also have a bevy of other free agents including: Demaryius Thomas (WR), Julius Thomas (TE), Orlando Frankin (OL) and Terrance Knighton (DT).

They also have a new head man in charge after the team fired John Fox last month. Gary Kubiak will step into a situation that can be potentially quite volatile. He is an offensive-minded coach, which should help the Broncos transition to a different scheme.

Demaryius Thomas will likely be back no matter what. He’s first entering his prime at age 27 and just finished a season where he amassed 111 catches for 1619 yards and 11 touchdowns. He is a budding superstar in this league and will only get better.

Another pleasant surprise for the Broncos this past season was the emergence of both running back C.J Anderson and cornerback Chris Harris. Harris was actually ranked the number one cover corner by Pro Football Focus. Anderson was ranked third among running backs. Assuming Denver brings back their core free agents, they will yet again compete for home-field advantage in the AFC.

The Cowboys will look to build on the success they had in 2014, as they surprised everyone en route to a 12-4 season. Led by Tony Romo and company, Dallas tied for fifth in average points per game this season with 29.2. Dez Bryant caught 16 touchdowns and DeMarco Murray led the league in yards from scrimmage with 2,261. Both are unrestricted free agents this offseason.

Early reports are stating that the Cowboys will let Murray walk while giving Bryant the franchise tag, which is expected to be worth somewhere in the neighborhood of $13 million dollars.

Besides Murray and Bryant, the Cowboys have a slew of other free agents, including two of their better offensive linemen, Doug Free and Ron Leary. It’s way too early to tell who will be cut and who will be re-signed, so let’s just work with what we know.

The Cowboys have a ton of offensive talent—led by their offensive line—which is arguably the best in football. People scoffed when Jerry Jones selected lineman Zack Martin over fan favorite Johnny Manziel, but that move has since worked out immaculately for Dallas. Martin finished the season as an All-Pro, while Manziel struggled mightily in his only two starts. Martin was the first Cowboys rookie to be named an All-Pro in 45 years.

The Cowboys will be right in the thick of the NFC East race again next season, as the three other teams in the division have serious flaws that they need to address. Assuming Dez Bryant returns, he’ll join Terrance Willams and Jason Witten to again give Dallas one of the most formidable offenses in the league. And if they have a good draft, this is a team that could be competing for a title in Santa Clara next February.