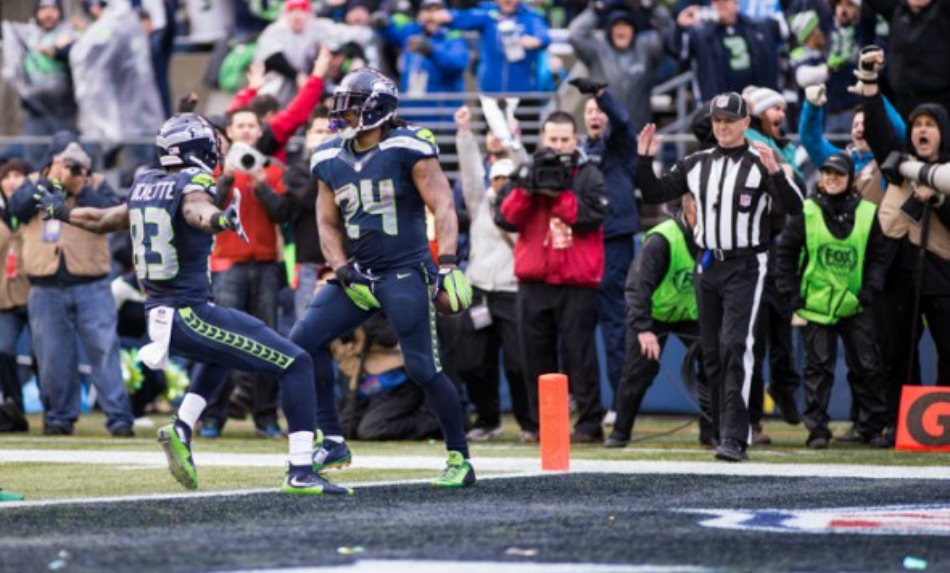 Someone that actually gets why Seattle Seahawks’ running back Marshawn Lynch has the need to grab his crotch is MeUndies underwear company.

Here’s a statement by the company…

Marshawn is under scrutiny for a pain we’ve all felt, and we stepped in to help Beast Mode with great fitting, non-riding underwear. MeUndies empowers people to express themselves freely in the midst of any situation, and eliminates the need to readjust down there.

Should Lynch still feel the need to “readjust” on Sunday, the NFL has informed the Seahawks that they will get get a 15-yard penalty on the ensuing kickoff for what the league calls an obscene gesture. Lynch will also be subject to monetary fines.

The bottom line here is MeUndies wants Lynch to focus on the Super Bowl and not worry about self expression.

While the money to charity will be tempting to Lynch, the 15-year penalties would hurt Seattle in the game.