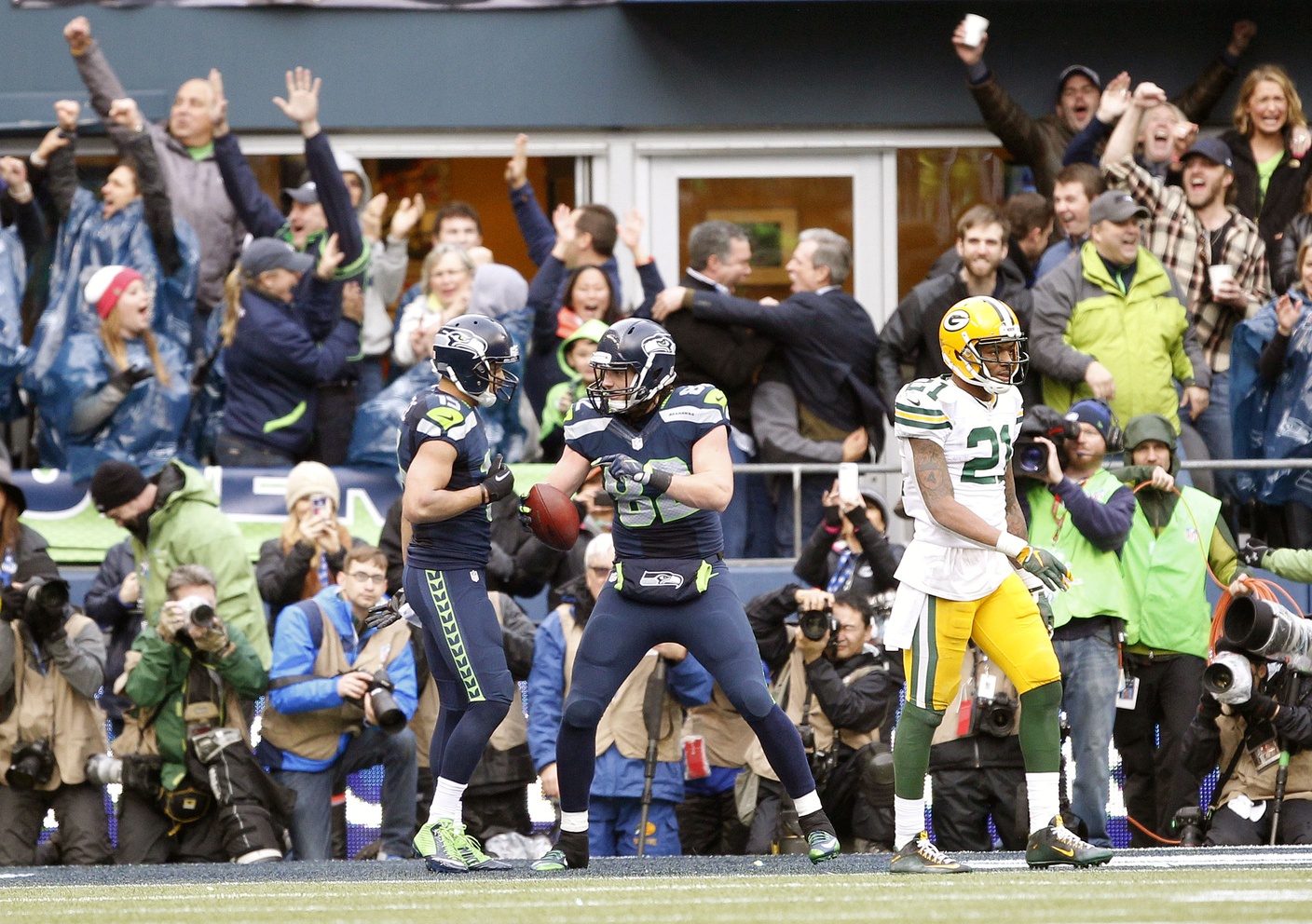 The Seattle Seahawks are your NFC Champions following a stunning 28-22 win over the Green Bay Packers at CenturyLink on Sunday afternoon.

Looking to make history as the first quarterback to earn a Super Bowl appearance twice in his first three seasons, Russell Wilson’s afternoon started out in disaster mode. He threw three first-half interceptions while completing just one pass in that span. Overall, Seattle turned the ball over five times, including four interceptions by Wilson.

However, it was Wilson who would lead Seattle back in one of the most illogical comebacks in the history of the NFL Playoffs.

The scoring started after Seattle’s initial turnover, which culminated in a Mason Crosby field goal. On the ensuing kickoff, wide receiver Doug Baldwin fumbled. That also led to a field goal to put the Packers up 6-0. Later in the first quarter, Aaron Rodgers hit Randall Cobb for a 13-yard touchdown to give the Packers a 13-0 led. Green Bay would enter the half up 16-0.

After the teams traded punts and offensive ineptitude for the majority of the third quarter, Seattle finally got on the scoreboard on a fake field goal that resulted in Jon Ryan hitting rookie Garry Gilliam for the 19-yard touchdown. That was the extent of Seattle’s scoring up until a late-game touchdown run by Wilson to make the score 19-14.

Then the drama really got going. Just outside of the two minute warning, Seattle opted for an onside kick in order to maintain the momentum and gain possession of the football. Reserve Packers tight end Brandon Bostick whiffed on the catch, enabling Seattle to recover the ball.

After pushing the ball inside Green Bay’s 40 heading into the two-minute warning, Wilson and the Seahawks drove all the way down to the Packers 24-yard line before Marshawn Lynch ran it in to give Seattle an improbable 22-19 lead after Wilson hit Luke Willson on the two-point conversion. Taking over possession of the ball with under 1:30 remaining, Rodgers drove the ball down the field to set up Mason Crosby with what would end up being a 48-yard game-tying field goal.

Seattle then drove down the field 87 yards on six plays, culminating in a 35-yard game-winning touchdown pass to Jermaine Kearse in the first possession of overtime to give Seattle the 28-22 win. It was one of the most insane endings of a playoff game in the history of the modern era.

Seattle heads to Super Bowl XLIX in Arizona against either the New England Patriots or Indianapolis Colts, who are meeting in the AFC Championship game Sunday evening.