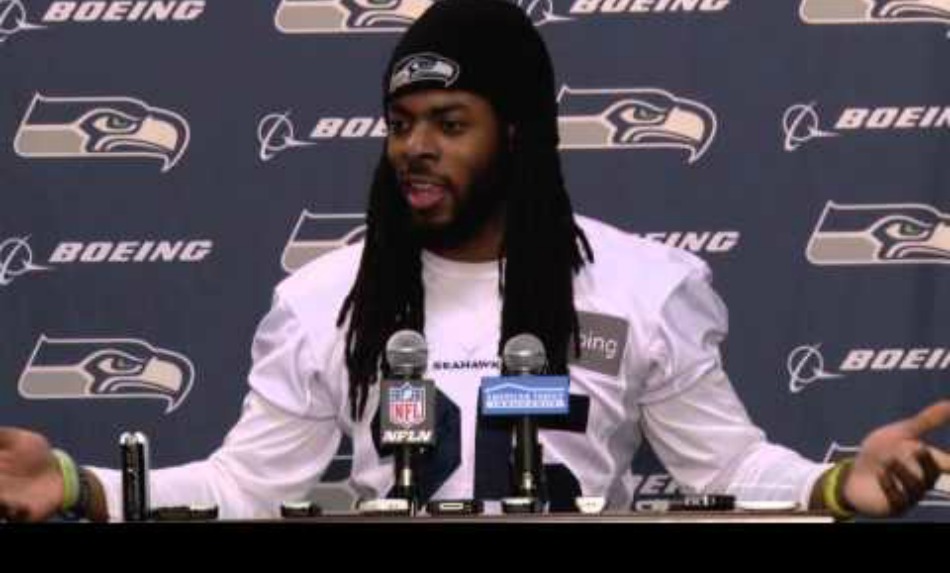 Sherman spoke about his soon to be born son, sharing these fun comments.

He’s not supposed to come Sunday. Obviously that’d change some things, but I think he’s going to be a disciplined young man and stay in there until after the game.

He’s gonna do his father his first favor and stay in there for another week or two. But I’ve thought about the possibility of him coming during the game and coming before the game and we have things in place in case that happens… I would not like want to miss the birth of my first son, my first kid.

Sherman’s girlfriend, who is with him in Arizona with the Pro Bowler, isn’t actually due until February 12.

She chatted about the situation as well.

While talking to reporters on Thursday, Sherman opened up about the real possibility of his girlfriend going into labor during the game.

If you see Richard heading for the locker room right after it hits zero in the fourth quarter, don’t be surprised.

Whether Sherman’s son does his first favor of his little life, or nature prevails, we’ll find out soon enough.