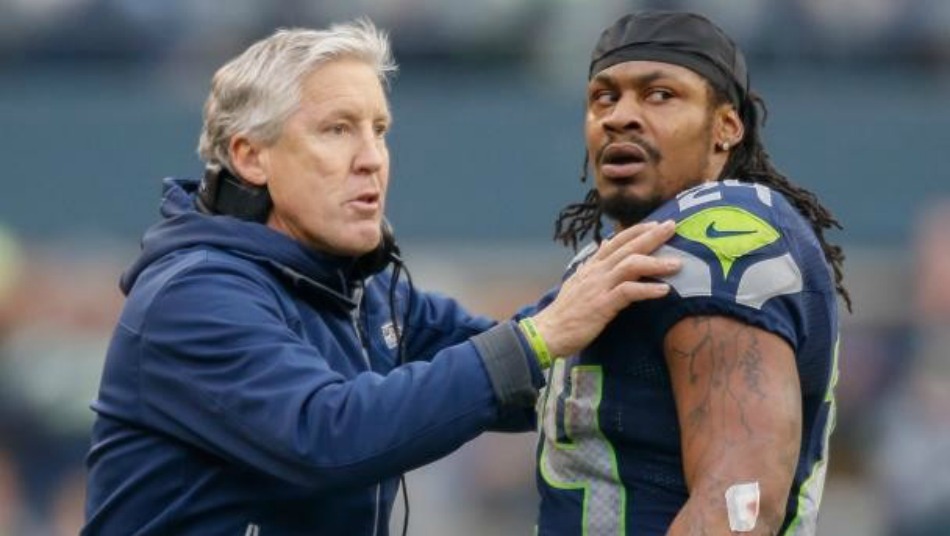 Seattle Seahawks’ running back Marshawn Lynch won’t have much to say during Super Bowl Week. Knowing this, Seahawks’ coach Pete Carroll addressed the media regarding Lynch’s personal style (via NFL.com).

First off, let’s not miss that he is a very unique individual and he has a way that we have embraced, that we understand Marshawn and we support him every way that we can. But, he is a very unique guy and he’s got his own way of looking at things and he’s also a very private person, too. That’s why the media thing is as it is. It’s not something that he is going to express a whole lot to you.

Regarding Lynch’s latest fine for an inappropriate gesture during the NFC Championship game against Green Bay, Carroll had this to say…

I haven’t talked to him about the thing that just came up from the league and the things about the game and all that yet, but that will be addressed and I expect him to have a great Super Bowl week. I think he’s going to have a great time doing this and playing in this game come game day. It’s something that he really cherishes and he cherishes playing for his teammates and we love him in the program.

We’ll have to stay tuned and follow Lynch throughout the Super Bowl Week to see for ourselves whether he’s having a great time. As for another obscene gesture, the NFL has issued a warning to the Lynch and the rest of the Seahawks leading up to the Super Bowl. Now whether they decide to heed this warning, that’s a completely different story.

As it relates to Super Bowl Week itself, Lynch has to make himself available during media day. If that doesn’t happen, he faces yet another fine from the National Football League.