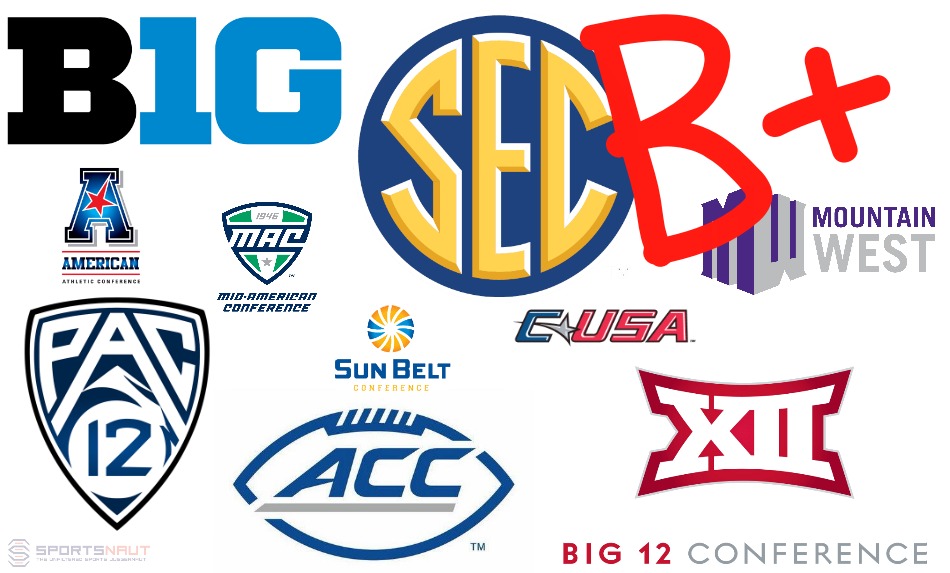 With one game left in the 2014 college football season, it’s time to take a look back at how each conference performed in their bowl games this year. In a typical year, this would mean the SEC had a great postseason, the ACC and Big 12 will have had average postseasons, and the ACC and Big Ten would have had  embarrassing postseasons (outside of Florida State last year).

Not the case this year.

Based on the overall win/loss record, as well as win/loss record in big games (games in which both teams are ranked, here is how each conference performed. Rather than be subjective about what constitutes a “big game,” it was easier just to use teams who were both ranked in the top 25 while facing each other.

It’s probably not a good time to talk to ACC football fans about how things went this year. The only notable wins for the conference came at the expense of the opponents spiraling out of control.

Clemson destroyed an Oklahoma team that started out hot, but finished just 5-4 in conference play. Great win for the Tigers, but not nearly as impressive as it would have been in years past.

Georgia Tech (#12) had a terrific season and ended it with a solid win over Mississippi State (#7) in the Orange Bowl. But beyond that, Florida State (#3) getting slaughtered in the Rose Bowl/semifinal against Oregon was not good for the already down ACC.

Wait, what is the “American Athletic Conference?” You’re not alone. This make-shift conference is a result of all the schools who bolted for the dollar signs to join larger conferences. By default, they found themselves playing larger conference schools in bowl games.

American teams were involved in five bowl games in which they were matched up against the ACC three times, the SEC and an FBS Independent (BYU). But how many of those teams were ranked? Zero.

They receive a “C-” because the top conference teams (Memphis, UCF and Cincinnati) managed to win just one game. That came in the form of Memphis beating BYU in overtime and making highlights for reasons other than football.

This was supposed to be the year the Big 12 threatened the SEC as the best conference in college football. With ever improving programs like TCU, BYU and Kansas State joining the mix of staple programs Oklahoma and Texas, the Big 12 was hoping to have something to brag about.

TCU (#2)  did their job, and did it well, throttling Ole Miss (#9) 42-3 in the Peach Bowl. Outside of that, the conference’s other win came from Oklahoma State, who beat a mediocre Washington team in the Cactus Bowl.

Baylor (#5) and Kansas State (#11) were in close games against highly ranked teams, but they too they came up short. If it weren’t for TCU, the case could be made that the Big 12 could have been the biggest conference disappointment of the this year’s bowl season.

The past eight years haven’t been kind to teams representing the Big Ten, having just one bowl season with a winning record (4-3 in 2009). 2014 was a different story. The Big Ten proved they can play with the top schools/conferences in the country, specifically when matched up against the best teams from the best conferences.

There were four ranked Big Ten teams matched up against other ranked teams, and they managed to go 3-1. Each of those three wins were upsets. Michigan State (#8) and Wisconsin (#18) made historic comebacks against Baylor (#5) and Auburn (#19) respectively. Meanwhile, Ohio State (#4) did the unthinkable in taking down Alabama (#1) in the Sugar Bowl/semifinal.

If the Buckeyes are able to do the unthinkable and beat Oregon in the College Football Playoff National Championship game, the Big Ten will go from laughing stock to king of the mountain in one year (well, for now).

The bigger question will be whether this success is a flash in the pan or if the Big Ten is becoming relevant again?

Conference USA never heads into the bowl season looking for the gold medal for best conference, but they may be interested to see their ranking on a graded scale like this one, right?

The conference had a great bowl season, going 4-1 even though they weren’t involved in any big game matchups. They did beat a Big Ten school when Louisiana Tech defeated Illinois, but the featured game for the conference was an unranked Marshall team beating a very good 11-2 Northern Illinois team handily, 52-23 in the Boca Raton Bowl.

A conference many people consider to be the punching bag bowl opponent for underachieving teams, Conference USA deserves credit for winning games that are important to them, even if the masses don’t take them seriously.

Though not really a conference, the independent teams quietly had a decent bowl season. They’d get a higher grade than “B-” had Notre Dame not had such a disappointing season. But the Irish ended on a high note, beating LSU (#23) in the Music City Bowl. Navy also took care of business against San Diego State, while BYU came up just short in a crazy game against Memphis in the Miami Beach Bowl (yes, that’s a real bowl).

Not bad, all things considered.

Like the aforementioned Conference USA, the MAC doesn’t expect itself to ever be in the “best conference in college football” conversation. That said, they do find themselves in some pretty interesting games. This year, however, they didn’t do all that well.

Finishing with two wins in five contests, the MAC failed to get a win from their top team, Northern Illinois (lost to Marshall). Other top finishers in the conference did well with Toledo and Bowling Green getting wins in their respective bowl games.

The Mountain West conference got seven teams in to bowl games this year, which is a record for the conference. Although they didn’t come out with a winning record, they did get a huge win over Arizona (#10) and the PAC-12 when Boise State took home the Fiesta Bowl crown.

With four teams finishing with 10 or more wins, some were hoping for some legitimacy with upset wins. Unfortunately, the conference doesn’t get a higher grade than “C+” due to Colorado State getting destroyed by Utah (#22) 45-10 in the Las Vegas Bowl.

Along the lines of the Big Ten, the PAC 12 had a relatively poor showing in bowl games as a conference for the last dozen years, until last year when they went 6-3 as a conference. This year, they have a chance at getting a record seven conference wins if Oregon is to beat Ohio State and win the National Championship. It would be a huge accomplishment for the conference if that happens.

Highlighting the biggest games the PAC 12 was involved in, they did pretty well (with one to go). UCLA (#14) held on against a feisty Kansas State team (#11), and we already know what Oregon did to Florida State. Arizona was the only real disappointment for the conference, while the others pretty much took care of business in games they were expected to.

If Oregon ends up being crowned the national champion, the PAC 12 easily receives the grade of “A+”, how can they not?

Boy, oh boy, what can we say about the beast of the college football conferences? The SEC did not hold up their end of the bargain when it came to proving who the best was this year. Finishing with a 7-5 bowl record isn’t all that bad, but the number of quality wins in big games was very disappointing.

By now you know Alabama, Ole Miss and Auburn all lost games against other top-ranked teams in the country. But that matter in which the conference got to seven wins (which ties an all time high in wins), isn’t really something to brag about. Let’s recap.

South Carolina narrowly beat a six-win Miami (FL) team. Texas A&M, who clearly had a disappointing year, beat West Virginia (5-4 in the Big 12). Arkansas, who was 2-6 in conference play, beat a six-win Texas squad. Missouri (#16) beat a much improved Minnesota (#25) team, which was good…but expected. Florida barely escaped East Carolina, while Tennessee gave up 21 fourth quarter points to Iowa and and still won 45-28.

A grade of “D” may be a bit harsh, but the only win fans of the SEC should be bragging about is Georgia (#13) over Louisville (#21) in the Belk Bowl. That’s not good. And although Georgia flat out took it to the Cardinals, had they not, I’m not sure I’d mention SEC football to anyone in that neck of the woods until closer to July.

If you’re still reading at this point, you really do care about the grades of each conference during this year’s bowl season. Unfortunately, there’s not much to be said about the lonely Sun Belt. The best team in the conference, Georgia Southern, couldn’t even play in a bowl game due to 2014 being their “transition year” in to the FBS from the FCS. They went 8-0 in conference play in their first year moving up a division. That’s unheard of.

Those that did get to represent the conference went 1-2. The lone winner was Louisiana-Lafayette beating a middle of the road Nevada team in the New Orleans Bowl.

Who knows, maybe Georgia Southern has another big season next year and gets paired up against a bigger opponent and shocks the World. That would warrant better than a “C-” grade.