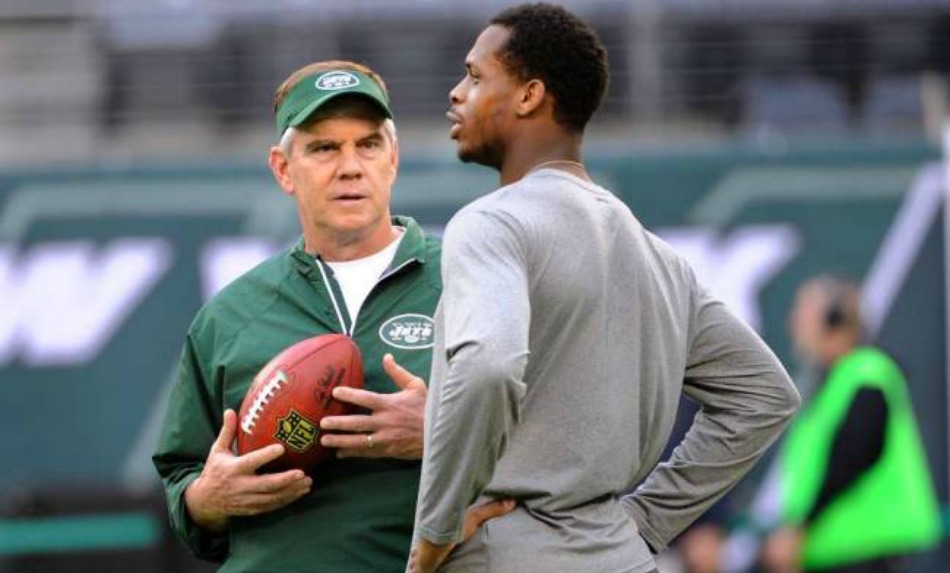 While we’re still waiting for that to happen, Lee had some comments to share regarding his experience with Smith (via NFL.com).

Rex and I talked about it, he had some inconsistency and the up and down part is what killed us. He would get loose with the football. We played good enough defense to win over there both years, but his play it’ll cost you and it cost us. But he also did some great things. The last five games this season he was the seventh-rated passer in the league. He had a perfect passer rating in his last game at Miami. The potential and ability is there.

At the very least, Lee ended those comments on a high note.

Smith has compiled 25 touchdowns compared to 34 interceptions in his first two seasons in the NFL. He’s 11-18 as a starter and boasts a substandard 71.5 quarterback rating. As it relates to the 2014 campaign, Smith threw as many touchdowns (13) as interceptions (13) while leading the Jets to the 28th-ranked scoring offense in the league.

Now tasked with overseeing the Buffalo Bills quarterback situation, Lee has his hands full with EJ Manuel, who hasn’t exactly succeeded during his short NFL career.

Benched in favor of Kyle Orton after four starts this past regular season, Manuel put up less than 170 passing yards per game and threw five touchdowns in 131 pass attempts. That came following a rookie campaign that saw Manuel miss six games due to an injury and throw just 11 touchdowns in 10 starts. Overall in his short career, the Florida State product has thrown 16 touchdowns compared to 12 interceptions in 14 starts.

I’m excited about EJ Manuel. I liked him coming out and I’m looking forward to working with EJ, that’s for sure. I remember that Florida-Florida State game and he took off and he beat a fast Florida secondary with his legs two or three times. I know what he’s capable of doing. We’ve just got to cut him loose and let him go play.

Working with Manuel, who was drafted 23 picks ahead of Smith in 2013, Lee certainly has his work cut out for himself. If Smith’s inconsistencies drove Lee crazy, we can only imagine what Manuel’s potentially poor play moving forward might do.