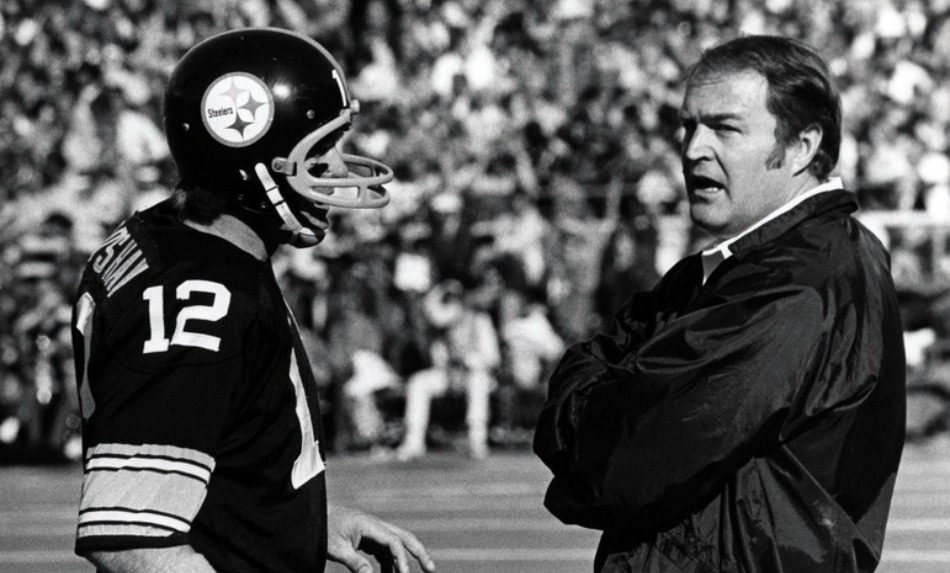 When we study the history of the Super Bowl, most of the information is about players who stood up and made a name for themselves on football’s biggest stage. From Joe Montana and Terry Bradshaw to Tom Brady and Troy Aikman, they all deserve a ton of credit.

However, what about the coaches behind the scenes? Those individuals responsible for game-planning to defeat an elite opponent in the Super Bowl. It seems that they go unnoticed far too often.

As we prepare for Super Bowl XLIX between the New England Patriots and Seattle Seahawks, here is a look at the six-best Super Bowl head coaches in the history of the game.

The Pittsburgh Steelers teams of the 1970’s remain the most successful squad in the history of the National Football League. They won four Super Bowl titles in a six-year span, and are still the only team to accomplish that feat.

More than that, Noll’s teams were downright dominating. They went 48-11-1 in the four seasons that Pittsburgh ended up hoisting the Lombardi. While the Steelers outscored their four Super Bowl opponent by a total of just 30 points, they put up the big plays when it counted the most. Starting with Super Bowl IX against the Minnesota Vikings, Pittsburgh put up a +22 point differential in the final stanza.

That culminated in a 14-point fourth quarter performance against the Los Angeles Rams in Super Bowl XIV. The Steelers were trailing that game by two points heading into the final quarter before Terry Bradshaw hit John Stallworth for a 73-yard touchdown to put Pittsburgh up for good. It was the final championship the late Chuck Noll would earn in an illustrious 23-year coaching career, all with the Steelers.

Bill Walsh was not only undefeated in the Super Bowl, his teams played some of the best football we have seen in the history of the National Football League when it counted the most. Walsh’s 49ers won two of their three titles against the Cincinnati Bengals, both by one score. They also destroyed Dan Marino and the Miami Dolphins 38-16 in Super Bowl XIX.

In these three games, San Francisco’s defense forced seven turnovers and yielded an average of just 17.7 points per outing. Walsh was helped a great deal by Joe Montana, who tallied eight touchdowns compared to zero interceptions in the three wins. And while San Francisco’s 55-10 domination of the Denver Broncos in Super Bowl XXIV will not show up on Walsh’s stat sheet, it’s logical to give him some credit there. After all, he did build that team prior to retiring following the previous year’s Super Bowl.

The first coach on this list to have lost a Super Bowl, Gibbs success in Washington’s three other appearances in the championship game overrides that one loss. Outside of the Redskins humiliating 38-9 loss to the Los Angeles Raiders in Super Bowl XVIII, the Gibbs’ team performed extremely well with everything on the line.

A year prior to that loss, Washington defeated the Miami Dolphins 27-17. Showing everyone why he was one of the best in the business, Gibbs decided to go for it on fourth and one with his team down 17-13 just outside of the 10-minute mark in the final stanza. Hall of Famer John Riggins proceeded to break off a go-ahead 43-yard touchdown run on that play, putting the Redskins up for good. It was the first of what would end up becoming three Lombardi’s for the Gibbs-led Redskins teams of the 1980’s and early 1990’s. In the two other Super Bowl victories, Washington outscored its opponents, the Denver Broncos and Buffalo Bills, by a combined 79-34 score.

Johnson may have only coached the Cowboys for five seasons. He may have finished with an average 44-36 record during those five years. But what Johnson was able to do in a two-year span defies logic. In 1992 and 1993, Dallas finished with a combined 25-7 record. It then defeated some of the best quarterbacks in the NFL in the form of Brett Favre and Steve Young before absolutely destroying the Buffalo Bills in the Super Bowl each season.

In those two years, Dallas outscored its opponents by 113 points in six playoff games. More than that, it laid into the AFC champion Bills by the score of 82-30 in their two meetings. Two years after Johnson parted ways with the Cowboys, his old team (with pretty much the same roster he built), defeated the Pittsburgh Steelers for the franchise’s third Lombardi Trophy of the 1990’s.

Belichick and the Patriots earned three Super Bowl championships in the four-year span from 2001-2004, but haven’t been able to hoist the Lombardi since. Thanks to Eli Manning and the New York Giants, this team has lost its last two championship games, a trend that it will look to end Sunday against the Seattle Seahawks.

Despite boasting two career Super Bowl losses, Belichick still deserves to find himself on this list. New England’s three titles came by a combined nine points, which is an indication that this particular era of the Patriots knew how to close out big games. This was evident in the team’s first victory against the St. Louis Rams in Super Bowl XXXVI when Tom Brady led New England to a field-goal scoring drive in the final 1:30 of the fourth quarter to pull out the improbable win against a heavily-favored Rams team. That right there etched Belichick’s name in the history books.

Seifert may have had two of the most-talented teams in league history when he earned Super Bowl titles in 1989 and 1994, but what his 49ers team did to the two opponents in those outings was nothing short of amazing.

San Francisco manhandled the Denver Broncos 55-10 in Super Bowl XXIV before laying the wood to the San Diego Chargers 49-26 in Super Bowl XXIX five years later. Combined, San Francisco won these two games by a ridiculous 68 points. Equally as impressive, these teams forced seven turnovers while not losing the ball on offense. It also helped that Joe Montana and Steve Young combined to throw 11 touchdowns compared to zero interceptions in the two wins.