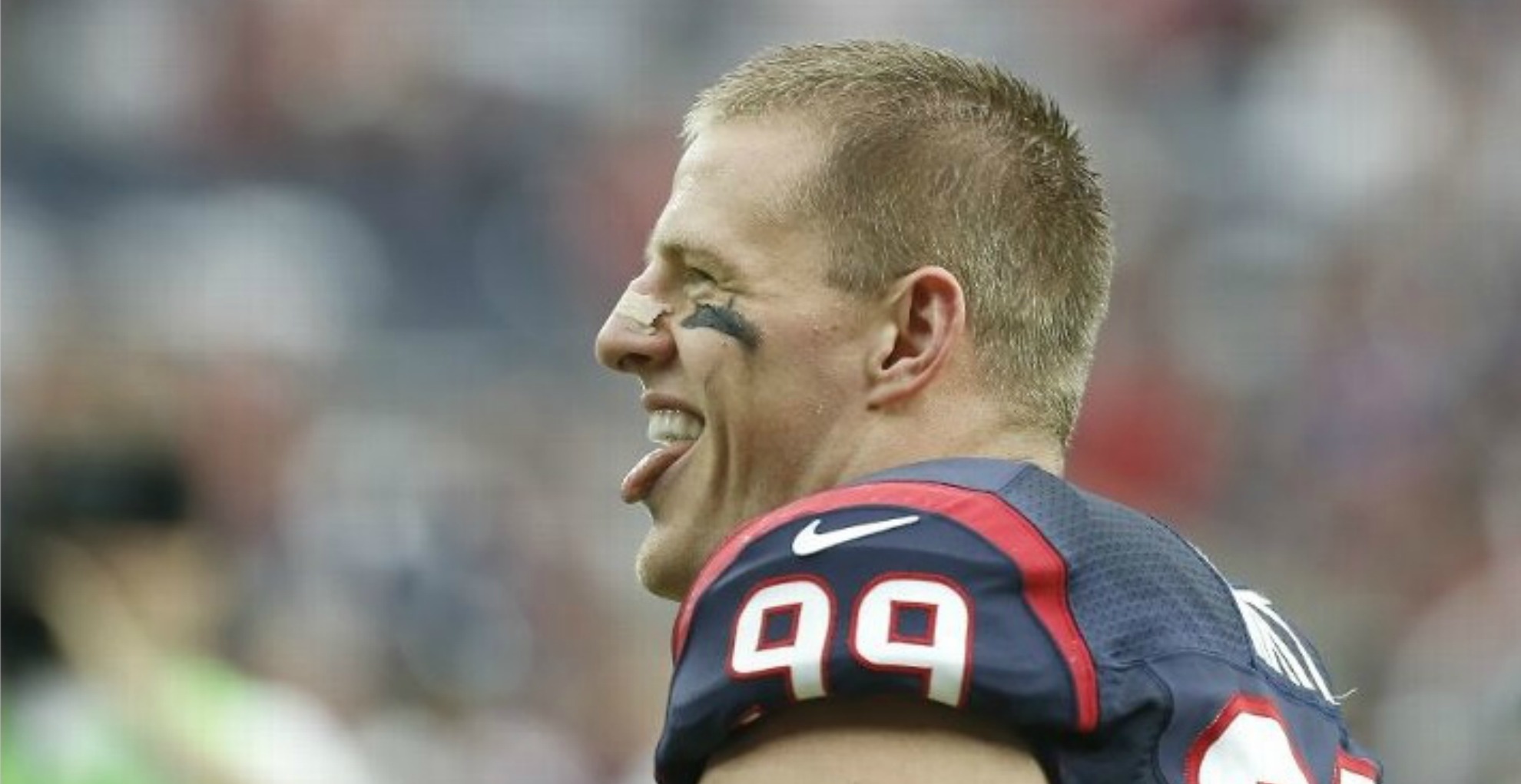 It’s probably a good thing that Houston Texans defensive end J.J. Watt found his calling on the football field. After all, it’s highly doubtful that he would have cut it touring the Uinted States in hopes of making it big in the trivia field.

When posed with the question about who the first human on the Moon was, Watt answered Louis Armstrong. He then caught his mistake before making fun of himself.

Watt is such a good guy that he can laugh at himself when he’s making a complete fool of himself in front of the camera. That’s some awesome stuff right there.

The name of this clip by NFL.com is titled “Are You Smarter Than Ryan Fitzpatrick?” The good news here for Watt is that not one single player in the league can lay claim to being smarter than the Ivy League grad.

Next time Fitzpatrick rattles Watt’s cage about who is smarter, the Defensive Player of the Year candidate should just go ahead and sack him. Those darn pencil-pushing Ivy League nerds with their smarts and stuff.