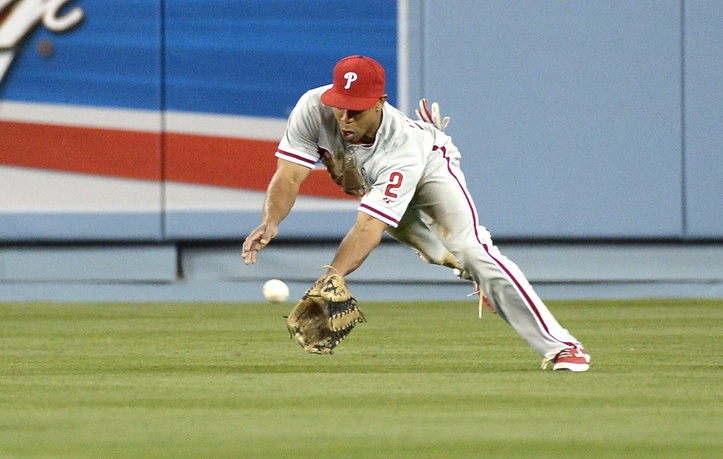 Nothing is sexier than a web gem catch in Major League Baseball. Kate Upton is a close second, but that’s because she’s dating a dude who always has sexy numbers when he’s on the bump. I really don’t have much else to say other than, you’re welcome. For your viewing pleasure…

Ben Revere. Not only did this take place on Jackie Robinson Day, but it’s difficult to look smooth during a slow-motion play. Not in this case.

Yasiel Puig. He just does Yasiel Puig-like things. Even when he almost collides with someone.

Munenori Kawasaki. He does a crazy catch, but I’m most impressed with is his dance moves.