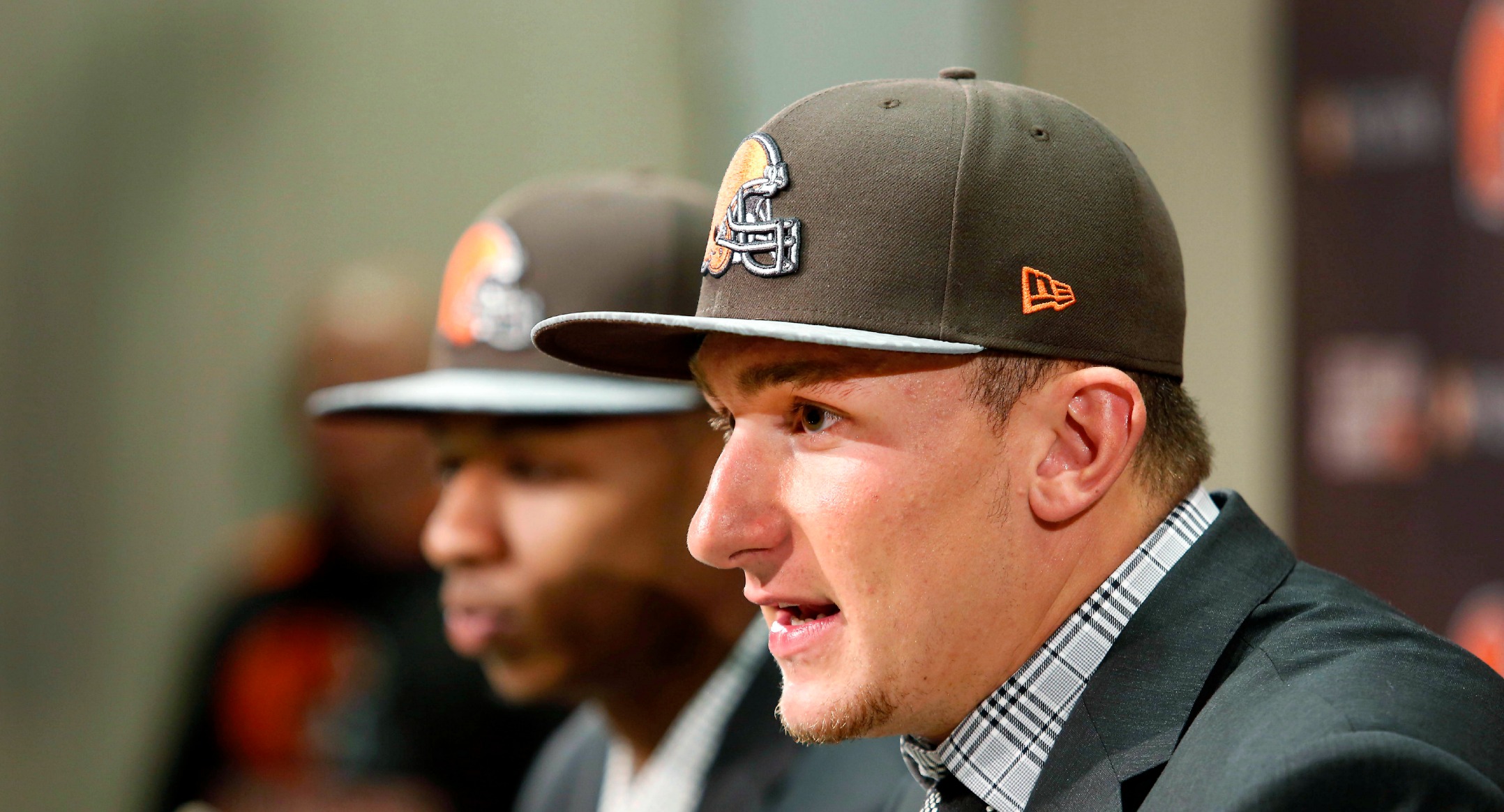 How many Miller Lites and shots of Fireball will amount to about about $2,000? That would be 122, which is the number of fans Johnny Manziel, newly drafted quarterback of the Cleveland Browns, bought for at his favorite local bar, Chimy’s Cerveceria on the first night of the NFL Draft.

As reported by The Dallas News

Petro Robledo, the general manager, said he is friends with Manziel, who dropped in last week to say hello and set up the celebratory round. Manziel left his credit card number at the bar, with the plan of spending about $2,000 – as a nod to his famous No. 2 jersey.

Johnny Manziel bought everyone at his favorite bar a shot of Fireball and a Miller Lite. http://t.co/5kSX5fjV3y / pic.twitter.com/wFcjORxqWv

Also reported as part of the plan on draft night was to have a Facetime quickie appearance with Manziel to have a cheers with the fans. But by the time Manziel was drafted at 22, nearly three hours into the draft, it was too late. In my opinion, the fans were probably totally wasted and wouldn’t have remembered the Facetime chat to begin with.

Also in need of a shot or three of Fireball on the NFL Draft night, was probably Manziel himself, who was surely beginning to doubt his fate as a first-round pick that night until the Cleveland Browns called him as their second first-round pick.