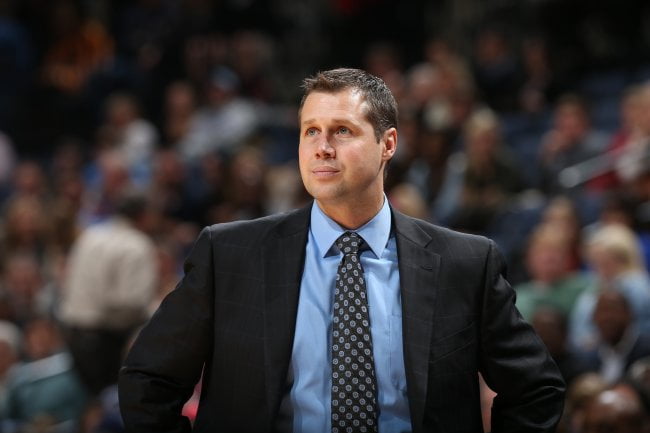 Belly up the to the bar folks, the Minnesota Timberwolves just ordered Joerger bombs for everyone! NBA.com is reporting that Dave Joerger (pronounced YAY-gr) will likely be the new head coach in Minnesota after the Memphis Grizzlies’ new regime decided they needed a change (again, for some odd reason). Timberwolves fans should be excited, all Joerger does is win.

Joerger, a Minnesota native, has ties to Flip Saunders back when Saunders was the head coach of the Timberwolves. Joerger could write his own book about “How to Climb the Ranks with Success,” as he started his coaching career in the International Basketball Association. You don’t have to be a genius to realize the IBA likely isn’t a glamorous job you brag to your friends about. Joerger didn’t care, and he worked his tail off (while having success at every level) and worked his way up.

Here is a snap shot of Joerger’s resume as a head coach:

Nah, no big deal. Just a guy who seems to get the most out of his players where ever he goes. Which is good for Minnesota, as he’ll need to flex that muscle some more with the likely departure of three-time All-Star Kevin Love.

Great move by Saunders and the Timberwoles, potentially a poor leadership showcasing by the new folks in charge of the Grizzlies. It’s all about working out compensation for a coach that is still under contract in Memphis.

Best of luck to you Coach Joerger! Drinks on us next time.