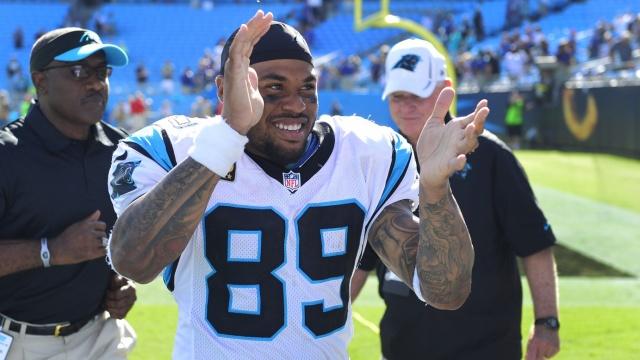 Talk about bad luck. Smith’s just driving along doing an interview with ESPN and only after about a minute into the call, he gets pulled over by the police. Listen here at about the 1:20 mark as the cops stop him. He rejoins the call at about 4:20 explaining just what happened.

It appears Smith was not ticketed for being a brother driving a fancy car, or for using his cell phone while driving. What helped keep him from being ticketed was his sparkly clean record with no priors and no arrests. Smith took it all in stride, and remained very classy during the call.

Just imagine if the same thing had happened to Smith’s fellow Ravens, Ray Rice or Jah Reid. They would be in some hot water again. Hopefully, Smith fits in well with his new team of bad boys and they don’t try to instill their criminal habits upon him.