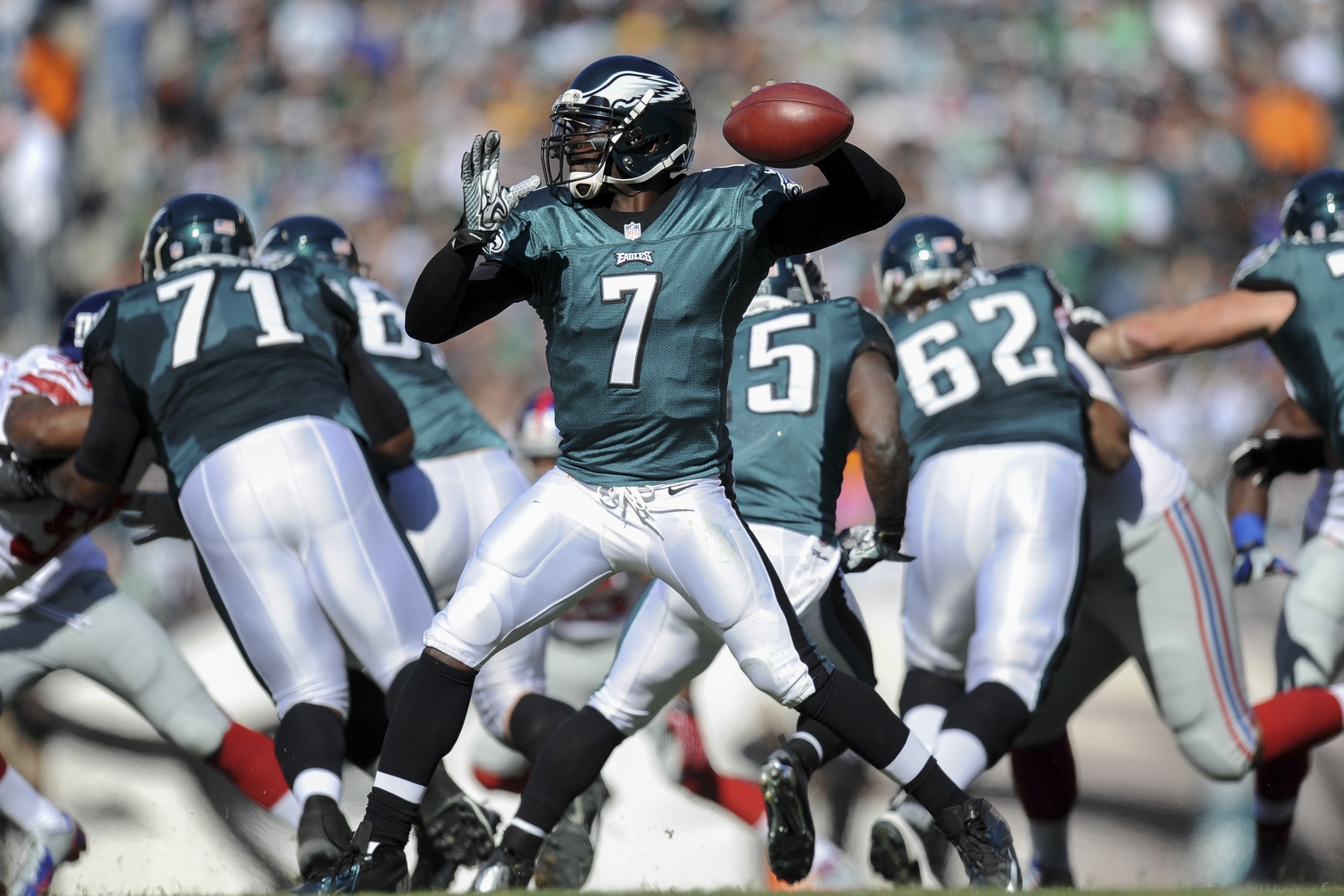 Yes, it has come to this. The New York Jets will entertain free agent Michael Vick this Friday. If Vick wows them into signing with him, the Jets will probably say adios to Mark Sanchez, who is due a $2 million signing bonus on March 25, 2014. Perhaps Mark Sanchez should board Vick’s flight and slip him..

a little something to mess with his coherence when he interviews tomorrow.

In all seriousness, it’s reported by a source to Metro New York’s Kristian Dyer…

Nothing beyond that is guaranteed… Geno has a bright future. We certainly drafted him thinking he can start in this league and he did last year. But competition is important to this franchise and Michael will know that if he comes here, he will be expected to compete. That will be our message.

Perhaps Vick and Smith could be the next Jets bumbling duo just like Sanchez and Tim Tebow were two years ago. To me the Jets provide two for one entertainment. You get a football game and a circus all in one. Maybe we’ll find Groupons out there with discounted ticket prices.