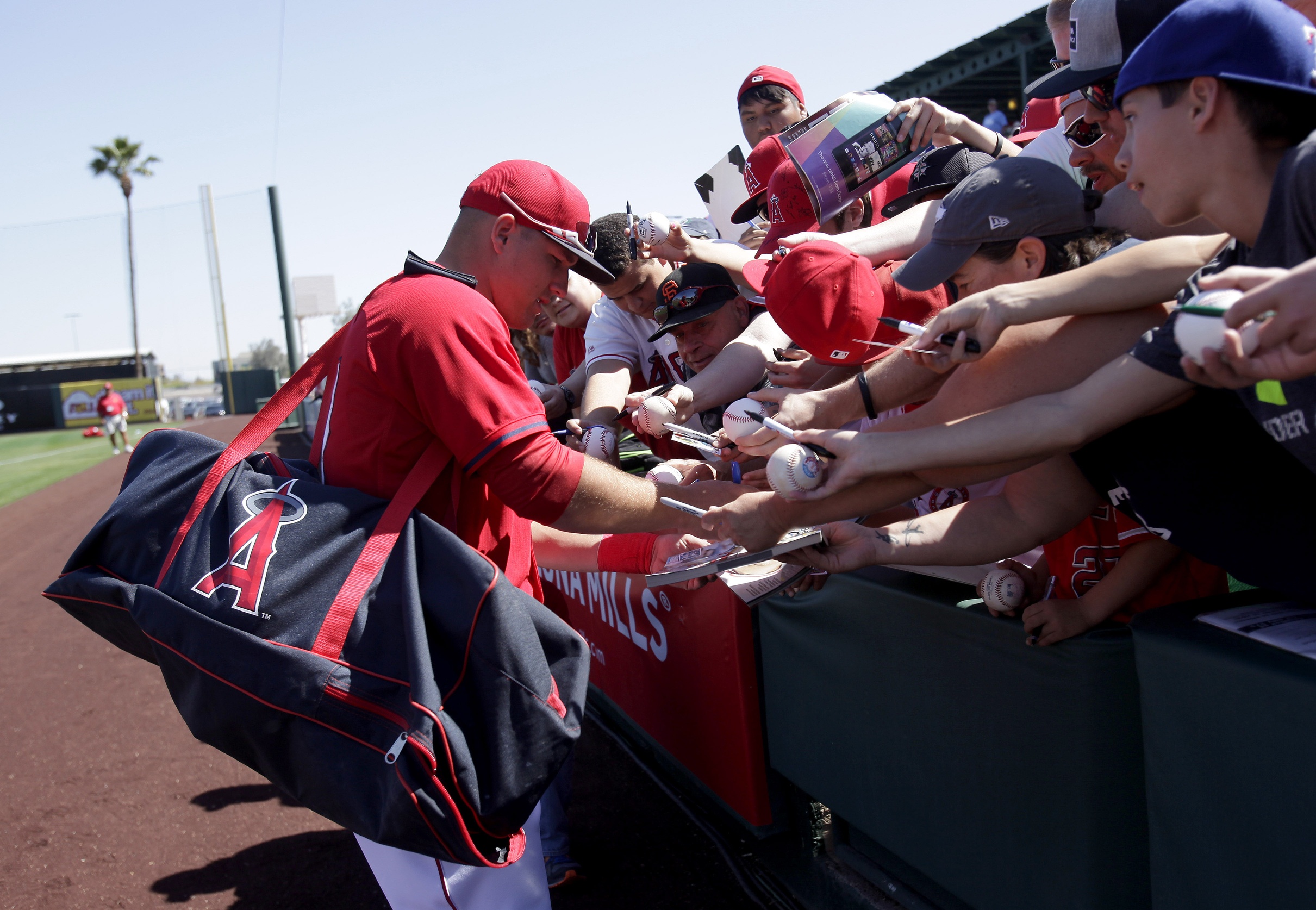 If you don’t like Mike Trout, most of the time it’s because you are a fan of a team that has to face him. I will promise you, that by the end of this article, you may not exactly start a shrine dedicated to him, but you will have a new-found respect for him, and know why I refer to him as a unicorn.

Or lack there of anyways. Mike Trout has made so many big strides in his career, and none of them have gotten to his head. He’s humble and extremely thankful for everything that has been given to him. This doesn’t mean he hasn’t worked hard for it.

His mentality on the field and off the field makes him a baseball player many kids look up to without parents having any issue with it. Let’s just say if there were a MLB dictionary, and you looked up Mike Trout, the first thing you would see is classy and professional.

2. He is kinda sorta really good at baseball

Well duh…we all know this to be true, but HOW good is the Los Angeles Angels’ center fielder? Let’s take a look at the numbers, shall we?

Before I spit out numerals and statistics your way, let’s remember he was 25th overall of the 2009 amateur draft.

In addition to numbers, the guy has been awarded many titles that make him stand out as well. He has made the All-Star roster, earned second place in the Most Valuable Player voting, and has a couple Silver Slugger awards sandwiched in there as well. He was also the youngest player in 2011 to actively play in Major League Baseball at 19 years-old.

4. He has a gorgeous girlfriend.

A few of my friends know Jessica Cox and have nothing but amazing things to say about the beautiful blonde. Good for you Trout. Sorry ladies…

The Angels have paid the man a lot of money recently. Money he deserves. A six-year, $144.5 million contract has been rewarded to the multi-tool player. Saying he will make it rain is an understatement.

8. If you love another team, you still get excited when you draft him to your fantasy baseball team.

You can let yourself admit you get a major ego when you see his name on your fantasy roster.

Bobby Clay, senior editor at Sports Illustrated picked Mike Trout 1st in SI’s 2014 Fantasy Mock Draft and said it was a “no-brainer.” Your girl landed Mike Trout in her mock draft too. The biggest “drops-mic” moment of my life.

I can list all of the reasons until I’m blue in the face why Mike Trout is the best thing to happen to MLB since Mickey Mantle, but there just aren’t enough hours in the day, days in the year, moments in a lifetime. You’ll just have to watch for yourself. I can promise you will not be disappointed.