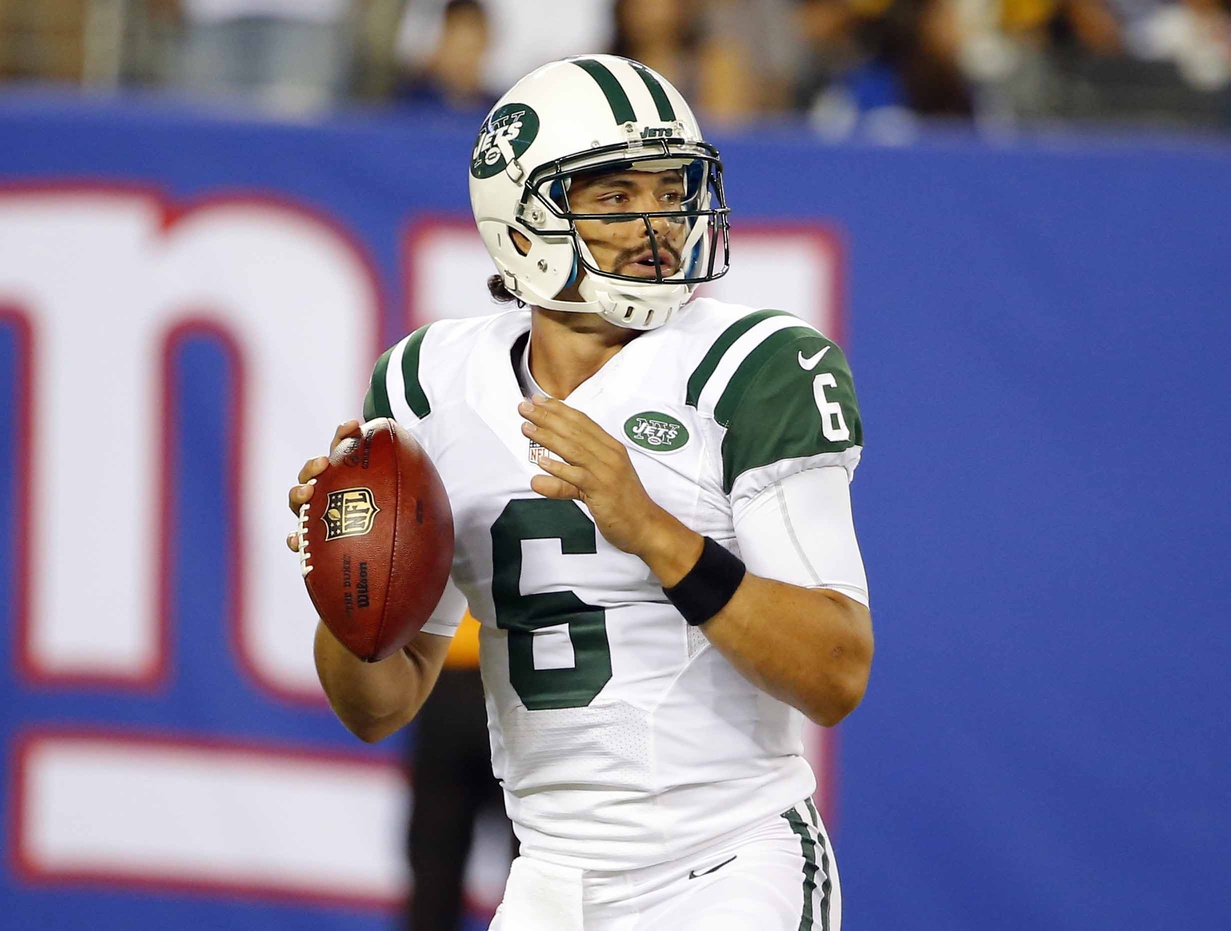 Mark Sanchez joined the forces of the unemployed last week when the New York Jets chose to invest their future in Michael Vick.  According to USA Today, these five teams could be a potential fit for the 27-year-old Sanchez.

Here are some of the latest Mark Sanchez rumors. Most of this is conjecture, but let’s take a look…

You have to admit that the quarterback situation for the Browns right now is extremely bleak. Brandon Weeden and Jason Campbell were cut recently, which leaves veteran Brian Hoyer as the current starter for the team.

As USA Today pointed out, the Browns might look quarterback in May’s draft…

While the Browns are expectedto select a quarterback with one of their three picks in the top 35 selections of May’s NFL draft, the team could add Sanchez as legitimate depth to compete with Hoyer as a short-term starter or long-term backup.

I have to agree that I see Sanchez adding value to the Browns.  With young, powerful weapons like Josh Gordon and Jordan Cameron, Sanchez could show signs of revival.

Obviously, there are varying opinions:

Sam Bradford, who is recovering from knee surgery, isn’t exactly stunning at quarterback for the Rams, and if he gets injured again or just underperforms, Sanchez does have experience in working with the Rams current offensive coordinator.

Three years of working together, in my opinion, is a substantial length of time and that was when Sanchez was actually performing quite well (pre butt-fumble and Tim Tebow era).

What others are thinking:

@STLouisRams Get some sense and NOT sign @Mark_Sanchez as a back up. Wouldn't even win a game if (heaven forbid) Bradford went down. #DONT

If anything should happen to Russell Wilson, the backup quarterback situation in Seattle is not exactly deep. Tarvaris Jackson is Wilson’s backup, but he’s only signed through the 2014 season. And one can argue Sanchez is an upgrade as a No. 2 signal caller. Pete Carroll was also Sanchez’ coach while he attended USC.

I’m not so sure that I’m on board with this one. If Sanchez actually had to start in Seattle for an extended period of time the pressure to take the Seahawks to playoffs or even participate in Super Bowl could get to him, while Wilson who has shown the ability not to let the heat get to him.

Should Sanchez become a Seahawk? Is you believe that Mark Sanchez rumors to the Seahawks are far fetched, how many expected Blaine Gabbert to be on the 49ers right now?

Why would Seattle, in their right mind, do this? Oh yeah, Pete Carroll is their coach:… http://t.co/vlk18FzHDv

Andy Dalton is fine at getting his team to playoffs, but that’s where it ends. Usually you only think of Tony Romo when you here the word choke, but that’s what happens to Dalton when the Bengals advance to playoff status.

“The possibility of signing Sanchez is an opportunity for the Bengals to hedge their bets in regards to Andy Dalton.” So basically, Sanchez’ presence should be considered a threat to Dalton, who could lose his starting status if he flounders.

I want the Bengals to get Mark Sanchez,.. THAT'S how much I think of Andy Dalton,..

The jets released mark Sanchez. The bengals will probably sign him….. Don't know why but they usually do dumb shit

“Sanchez presents more upsidethan Clemens to play behind the 32-year old Philip Rivers.” Besides Cleveland, San Diego makes most sense to me as a fit for Sanchez to fill the role of backup quarterback.

Being a former California boy, Sanchez should feel comfortable in San Diego and should be popular among local fans. The Chargers also have a fabulous offensive unit in which Sanchez could thrive.

Should Sanchez return to his California roots?

@Mark_Sanchez Big Hug! May the Chargers pick u up now to keep u in L.A. Today, is a Dairy Queen day 😉

With the right coaching, and an improved offensive unit, better than the one he was working with his last season with the Jets, Sanchez could be the missing piece of the puzzle to the right team in need. It’s unfortunate for Sanchez that the last season we saw him play it was with Rex Ryan’s crazy idea that somehow a Tim Tebow/Mark Sanchez tag team would somehow be effective.

What team do you think would be a fit for Sanchez? In any event, expect the Mark Sanchez rumors to heat up relatively soon.