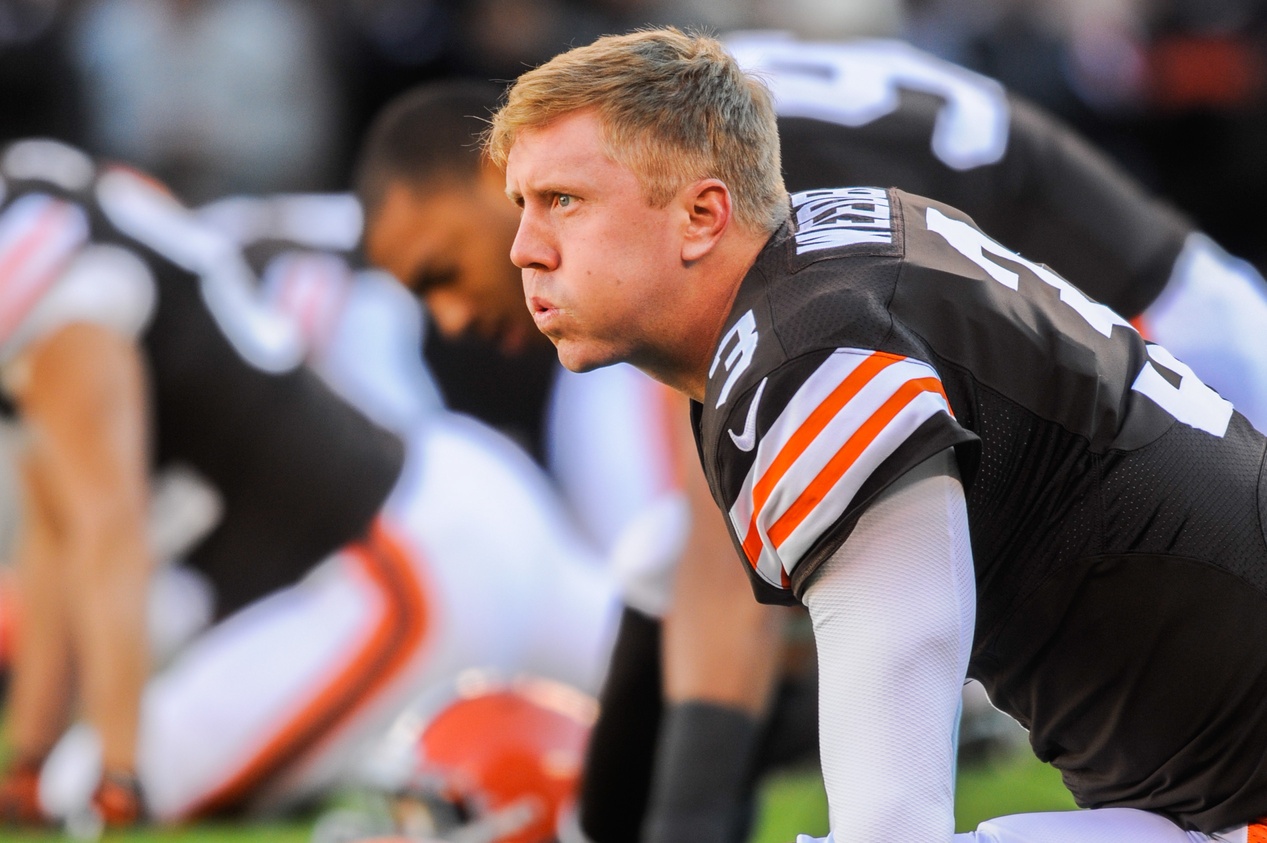 Brandon Weeden, recently cut from the Cleveland Browns will visit with the Dallas Cowboys today. Cowboys fans are filled with negative opinions, all pointing to why I don’t think the Cowboys shouldn’t sign Weeden..

This is classic and comes from @EyeoftheGator. Yes, Jerry Jones is probably thinking like this. Tony Romo is 34, Kyle Orton is 32. Weeden is 30, so why not consider a younger quarterback in upcoming draft?

The #Cowboys may sign Brandon Weeden b/c Jerry Jones is under the misapprehension that "employing the elderly" tax credits come off the cap.

Do we really need another backup to Tony Romo? Weeden wouldn’t see much opportunity and would just get more stale sitting on that bench.

I see no reason to have both Orton and Weeden ..

Even non-Dallas fans are pulling out a tissue and shedding a tear over this one. Cowboys fans should be happy, not crying.

Cowboys looking at Weeden?? Tony Romo and Brandon Weeden… My heart goes out to you Dallas fans

Via @majorpayne44 Weeden joining the Cowboys could have the fans laughing so hysterically, that all the booming laughter would cause Romo to choke more than ever.

Is signing Weeden a good or bad move?