1976: The Last Time the Warriors Advanced to the Conference Finals

By virtue of a 108-95 victory over the Memphis Grizzlies in Game 6 of the Western Conference Semifinals on Friday night, the Golden State Warriors have punched their ticket to the franchise’s first conference final since 1976.

It’s been a long time coming for an organization that had been a laughingstock around the Association. Nearly 40 years between conference final appearances, two current Warriors assistant coaches weren’t even alive the last time they accomplished this feat.

Here is a look at what was going on around the sports world, the United States and the globe the last time Golden State was one of the final four teams left vying for the NBA title. 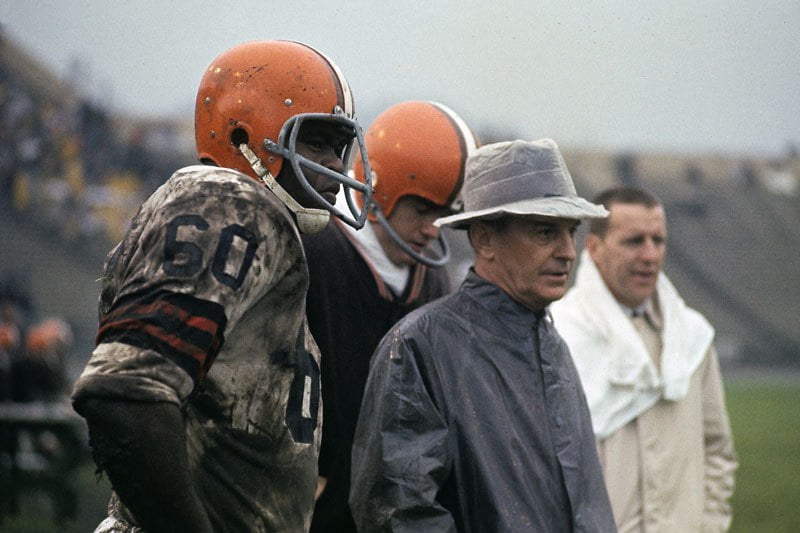 The Cleveland Browns were named after this man. He also played an important role in the founding of the Cincinnati Bengals. Brown’s tenure with his original franchise dates back to when it was a member of the All-American Football Conference (AAFC) back in 1946. Having earned four AAFC championships and three NFL championships, Brown called it quits before the 1976 season. He led the Bengals to an 11-3 record before falling to the Oakland Raiders in the playoffs in his final season.

Play That Funky Music was a Billboard No. 1 Hit

The group Wild Cherry is your perfect example of a one-hit wonder. Its only chart topper, Play That Funky Music White Boy, hit Billboard’s top spot for a four-week span in 1976. And you’re not alone, I can’t get the lyrics out of my head either.

$12 million. To put this into perspective, a total of  95 Major League players are earning at least that amount this season. According to Forbes, the franchise is now worth $1.15 billion.

If you think Turner got a sweet deal, check this out. Lurie bought the Giants for a cool $8 million from Horace Stoneham, who was forced to tell the franchise due to a lack of success on the field and small crowds in the stands. Lurie ended up selling the Giants to current owner, Peter Magowan, for $100 million in 1992 (via New York Times).

Jack Nicholson, then just 39 years old, also took home best actor for his portrayal of mental patient, Randle McMurphy. The character actress Louise Fletcher also earned an Oscar for her role as an amazing Nurse Ratched in this all-time great. Christopher Lloyd and Danny DeVito also had roles in the movie.

Raise your hand if you knew Bush 41 was once CIA Director. Appointed by then President Gerald Ford, Bush was just 51 years old when he took over this important job. It came four years before he would serve under Ronald Reagan as vice president, and 12 years before he would become president himself. He lasted less than a year in this role.

In this nation’s bicentennial, the Pittsburgh Steelers staked their claim as the team of the decade by defeating the Dallas Cowboys 21-17 in Super Bowl X. And it was Swann who made the difference. With Pittsburgh up just 15-10 with about three minutes remaining, the big-play receiver hauled in a 64-yard touchdown from Terry Bradshaw to give the team a two-score lead. It was huge considering Dallas proceeded to drive down the field for a touchdown. Overall, Swann caught four passes for 161 yards and a score en route to winning the MVP.

Rocky I is Released

The first in a movie franchise that redefined movies as we knew it, Rocky I might not have been the best in the series. However, the ending of this movie was among the most dramatic in the history of sports movies. No one will forget where they were when they heard the decision that Apollo Creed had defeated the Italian Stallion in a split decision for the title. It was an absolute shocker, even for those of us who weren’t alive when the movie was first released. Decades later, Rocky’s Steps in Philadelphia remain a national landmark. So much awesome.

Yes, that Bobby Knight. At just 35 years old, this young coach led his upstart Hoosiers to a national championship over the Michigan Wolverines. It was the program’s first title in nearly a quarter century and the first of three that it would win under Knight.

Truly one of the greatest single-season performances in college football history. Dorsett ran for 2,150 yards and 22 touchdowns en route to earning the Heisman Trophy. He also led the Panthers to its first championship in nearly 40 years, and its last title overall. Dorsett finished his career as the leading rusher in college football history with 6,082 total rushing yards. Dorsett, 61, is now battling chronic traumatic encephalopathy (CTE) stemming from multiple blows to the head during a Hall of Fame 12-year career, 11 of which came with the Dallas Cowboys. 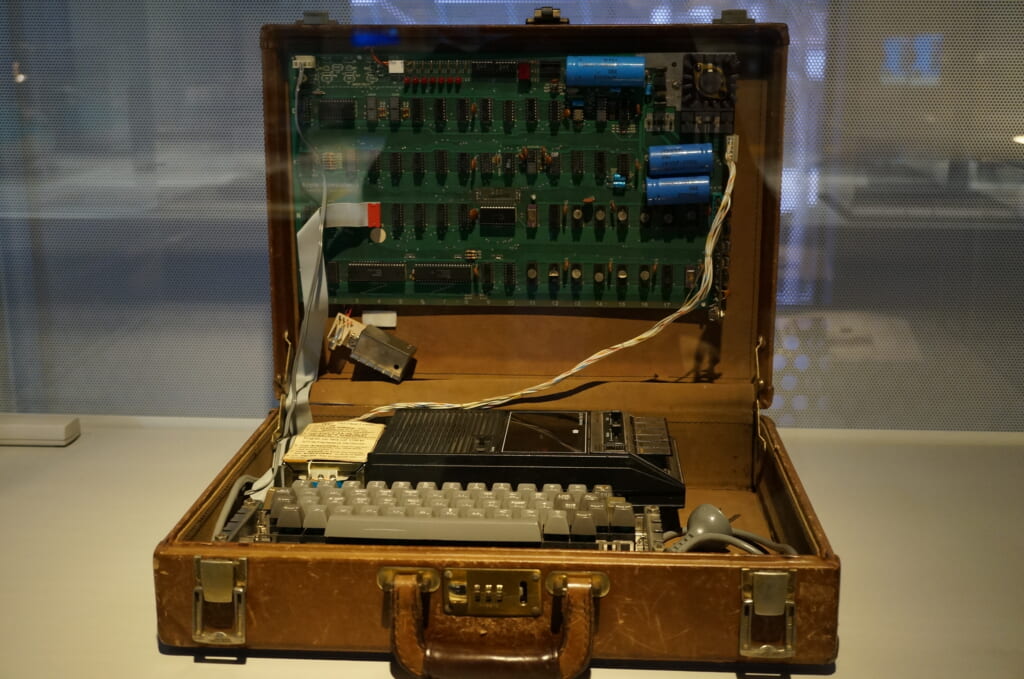 The Apple I. This pioneer of the tech industry was designed and hand built by Steve Wozniak. Both Jobs and Wozniak had to find a way to actually acquire the capital to build this machine. Wozniak sold a calculator, while Jobs sold his only means of transportation, a Volkswagen van. This was literally prehistoric times for the computer business and Apple Inc. Just think about how much has transpired in the tech industry since the Warriors last conference finals appearances. It truly is stunning.

In April of 1976 at Dodger Stadium in Southern California, two protesters took to the outfield grass to burn American flags. After catching a glimpse of them on the field, Monday sprinted to the outfield to tackle both of the subjects. Monday later had this to say about the incident (via MLB.com).

“If you’re going to burn the flag, don’t do it around me. I’ve been to too many veterans’ hospitals and seen too many broken bodies of guys who tried to protect it.”

The entire incident was verbalized by the great Vin Scully, who was a young 48 at the time.

Perhaps one of the greatest rock anthems of all-time. That’s all.