They don’t get no respect. No matter how much some players in baseball produce, they’re often left out of the conversation when fans discuss the best at their respective positions.

The lack of recognition isn’t entirely surprising. MLB is behind the NFL and NBA in marketing many of its players. So for players who don’t have marquee names, they’ll often find themselves unknown to everyone but the most hardcore of baseball fans.

Let’s take a look at the 15 players who deserve more respect across baseball. 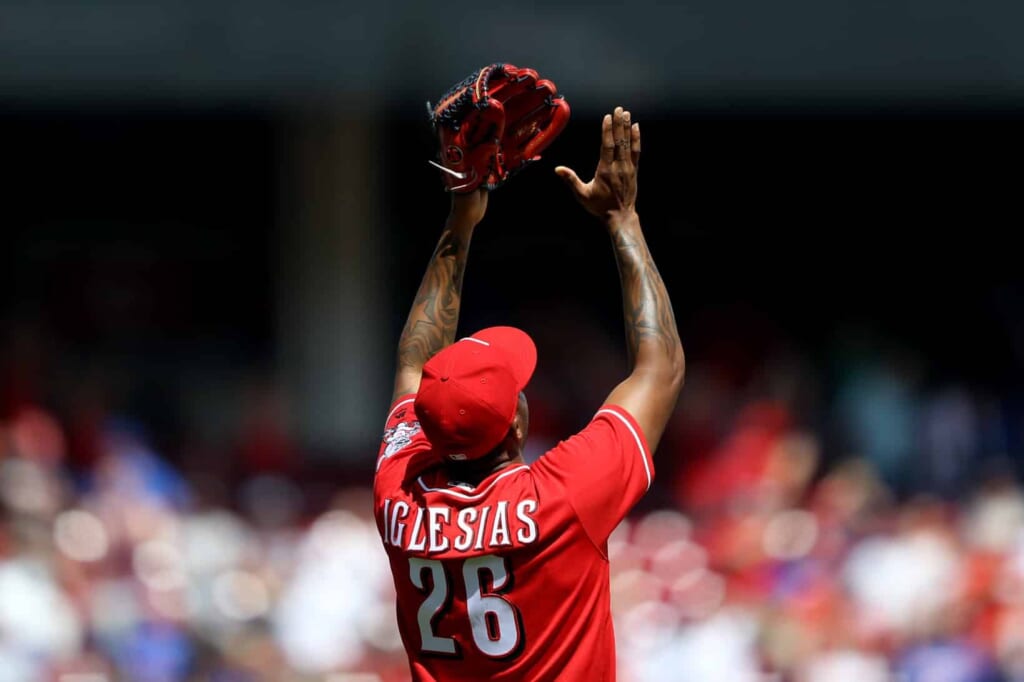 Iglesias will be one of the most coveted relievers this July, yet he often gets a lack of recognition by many baseball fans. It’s a side effect of pitching for a club that hasn’t won 80-plus games since 2013.

If Iglesias is traded, he should quickly become a household name working as a set-up man or closer for a playoff contender.

The 25-year-old is on pace for 35-plus home runs and 30-plus stolen bases this season and finish with 100-plus walks and fewer than 100 strikeouts. Especially now with LeBron James gone, Ramirez is the star this city needs. If the rest of his team can put it together, Ramirez is an MVP contender who can carry this team in the postseason. 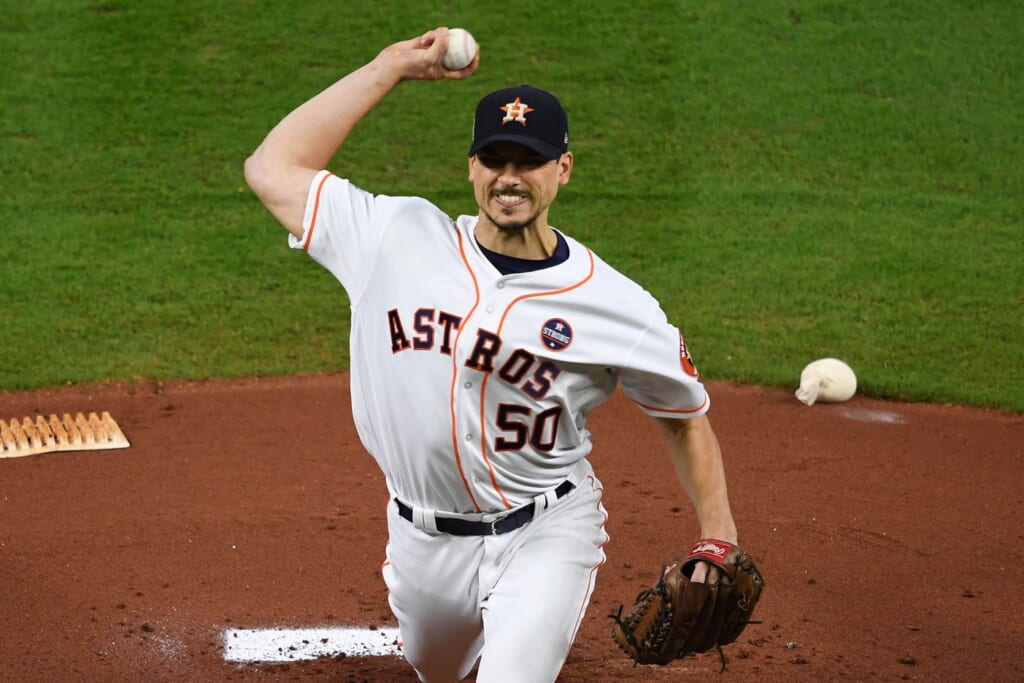 Since he landed in Houston, we’ve seen a transformation from Morton. It started in 2017 when he registered a 3.62 ERA with 163 strikeouts in 146.2 innings. Persistent durability issues hampered him, but this season has been different.

The 34-year-old carries a 1.11 WHIP with a 2.55 ERA. Even more impressive, opponents are hitting .197 off him and strike out over 30 percent of the time. In a rotation with two Cy Young winners and Gerrit Cole, Morton is often the unheralded hurler. He might not get top-five Cy Young votes, but he should be named to the All-Star roster.

Since 2017, the 28-year-old ranks sixth in on-base percentage (.353), fourth in home runs (41) and OPS (.881) among second basemen. Everyone talks about Brian Dozier and Javier Baez, but Gennett has been one of the game’s best second baseman for over a year. 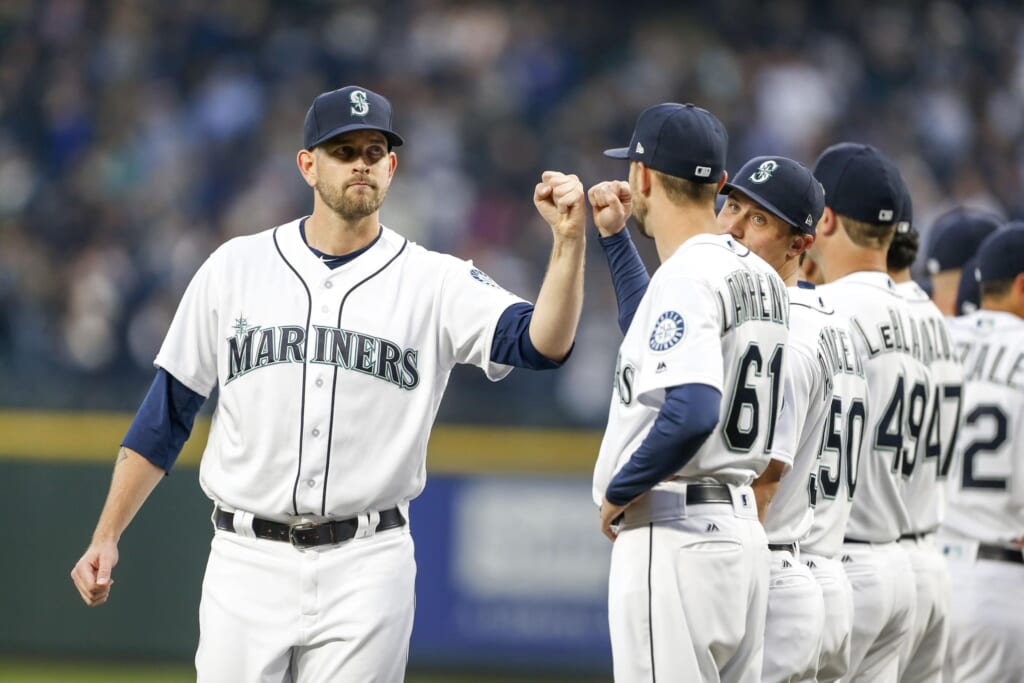 While he may not be the king, Paxton is far and away the best pitcher in Seattle’s rotation. It’s more remarkable given injuries marred much of his professional career to start, before things finally came together in the past two seasons.

After the 29-year-old registered a 2.98 ERA and 156 strikeouts in 136 innings last season, he is even better this season. Paxton has lowered his WHIP to 1.07, an improvement over last year’s 1.10 WHIP. Furthermore, he ranks fourth in strikeout percentage (32.4 percent) this season and on pace to double his career-best for strikeouts in a season.

Paxton’s reputation improved this season after he threw a no-hitter against the Toronto Blue Jays, but the southpaw still deserves more respect. He is a huge reason why the Mariners’ postseason drought might end this year.

Over the past calendar year, Bregman has established himself as an elite third baseman. Bregman’s 2017 season started adequately with a .264 batting average and .752 OPS in the first two months.

In the last calendar year, Houston’s third baseman has a .901 OPS, .296 batting average, 99 RBI and 27 home runs in 162 games. This is the player Houston dreamed of when it drafted him with the No. 2 overall pick in the 2015 MLB Draft. Now he is a core piece of one of MLB’s best lineups. 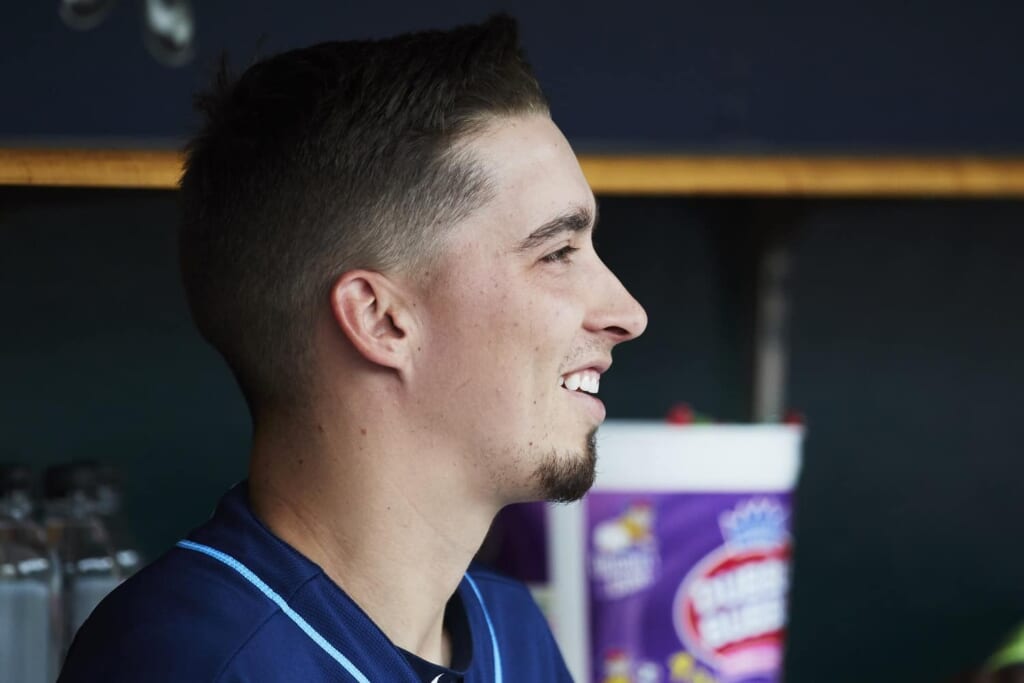 The first half of Snell’s 2017 season can be summed up as purely awful. He couldn’t locate pitches to save his life and it ultimately forced Tampa Bay to send him down to the minors twice. Everything changed after that second trip and he’s become an ace since his promotion.

In his last 29 starts, the southpaw owns a 2.55 ERA, 1.04 WHIP, .189 BAA and a 27.2 strikeout percentage. Those are Cy Young-caliber numbers and the best might still be to come for the 25-year-old. One thing is for certain, Tampa Bay has its new face of the franchise.

Byron Buxton and Miguel Sano, players expected to shine in Minnesota, have been sent down. Now it appears the driving force for the Twins and the new face of their lineup is Rosario.

The 26-year-old leads Minnesota in hits (104), batting average (.310), home runs (18), RBI (53), OBP (.350) and OPS (.901). He’s doing it all while Minnesota struggles to get by with a pedestrian lineup around him, which makes producing runs even more difficult. Simply put, this is one of baseball’s best outfielders and he’s producing under less-than-ideal circumstances. 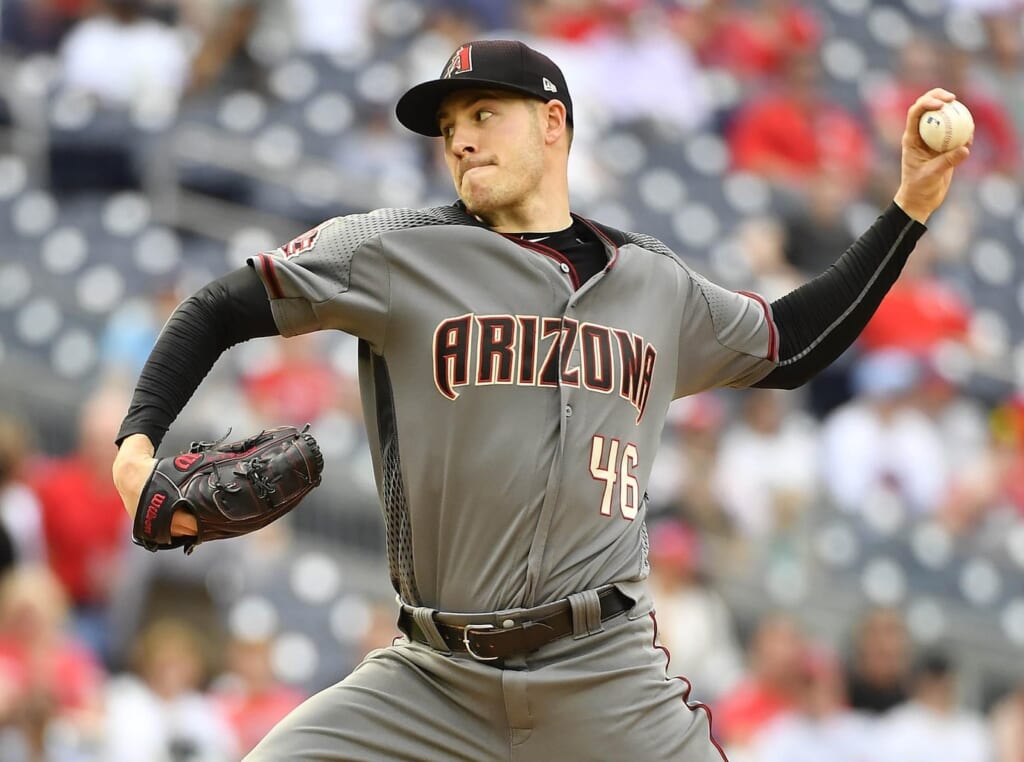 Zack Greinke is the most prominent member of Arizona’s rotation, but Corbin is the ace of this staff. In the past calendar year among pitchers with 200-plus innings, the southpaw ranks 10th in WHIP (1.14), ninth in ERA (3.18) and in strikeout percentage (27.7 percent).

The 28-year-old is enjoying outstanding success this season with a career-low 1.01 WHIP and a 3.05 ERA. The career turnaround couldn’t come at a better time for the impending free agent, who could become the most coveted pitcher to sign this offseason.

Acquired along with Jean Segura in the Taijuan Walker trade with Arizona, the Mariners have made out like bandits ever since. Segura is one of the game’s best shortstops, but it’s Haniger who is the headliner of the deal now.

The 27-year-old is fourth in the majors in RBI (62) and is ninth amongst all outfielders in home runs (17). After injuries derailed his 2017 season, the former No.7 pick in the 2012 MLB Draft is capitalizing on all of his potential. Now it’s time for the recognition for his accomplishments to follow.

Almost all Marlins players are forgotten about since Derek Jeter basically cleaned house. Along with catcher J.T. Realmuto, Barraclough is one of the main top targets playoff teams will fight over in the coming weeks.

This season, the 28-year-old has been lights out coming out of Miami’s bullpen. In 39 plate appearances, Barraclough has been nearly unhittable. He holds a 1.41 ERA and 0.89 WHIP in 38 1/3 innings with 42 strikeouts and a .115 BAA. Relievers don’t get enough respect as is and in the case of Barraclough, he deserves even more attention. 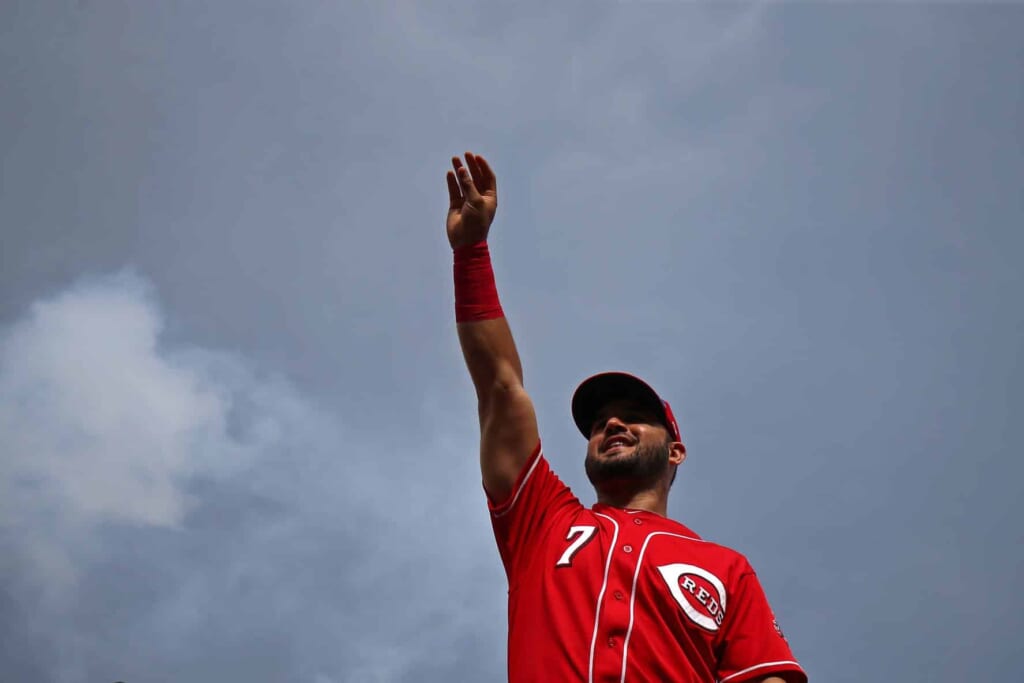 Another Reds player makes this list and it’s extremely deserved. This season, Suarez has exceeded even the most optimistic expectations and become one of the game’s best hitters.

In the shadows, the 26-year-old has the seventh-highest slugging percentage, (.568), sixth-highest OPS (.963) and second-most RBI (63) in the majors. This is more than Suarez putting up numbers comparable to his peers, he’s right up there with the game’s best run producers. For fans who want to watch the best of the best, ignore the standings and watch the Reds.

While Jake Arrieta struggles in Philadelphia, Nola is enjoying his breakthrough performance as an ace. Every fifth day, he takes the mound for an organization and fan base craving to be back in the postseason.

With all of that pressure on him, he delivers. He carries the 12th-lowest WHIP (1.03) and ninth-lowest ERA (2.41). In the 18 starts made by Nola this season, Philadelphia has won 13 of them. This is the start of a perennial All-Star pitcher and someone who can compete for Cy Young awards in the near future.

On a bad team and seeing limited at-bats, it’s unsurprising to see Nimmo’s name never mentioned as one of the game’s young hitters on the rise. Yet a look at Nimmo’s numbers show that he has been outstanding this season.

The 25-year-old has hit 12 home runs in 227 at-bats this year. While his .260 batting average isn’t prominent, he has the 16th-highest OPS (.898) in MLB and doesn’t have much help in a lineup that is 26th in runs scored. For baseball fans looking to find the next potential breakout star, Nimmo is that guy. 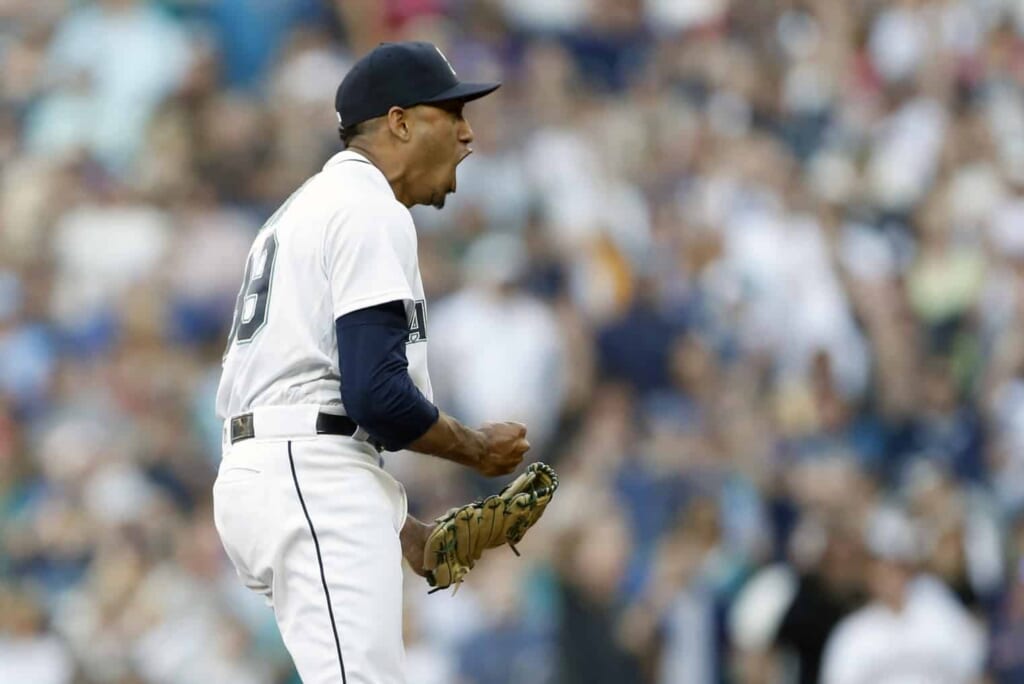 We are on the verge of MLB history this season. In 2008, Francisco Rodriguez became the first closer in history to record 60-plus saves when he recorded 62. Of course, he only struck out 72 batters that year.

This season, Diaz is on pace to become just the second pitcher to record 60-plus saves in a season. He already has 34 saves in 46 innings and has struck out 75 batters over that span. Diaz is just 24 and set to join exclusive company with 50-plus saves and 100-plus strikeouts in a season. We could be witnessing the launching point for one of the best closers to ever play the game.