Much as we all love college football, we also love to hate it at times. With the majority of the season now in the rear-view mirror — it’s all gravy from here — we thought it would be prudent to take a look at what we despised most from this season.

It’s good to sandwich some good, clean hate in between college football’s worst week and its crescendo, lest we forget next week that this one — and all the other stuff we love to complain about — happened.

Here are the 14 things we hated most about this college football season.

Maybe there’s some recency bias at work here, but no Saturday should be allowed to be remotely as bad as the one we just had. No Power Five team should be able to schedule FCS or Group of Five opponents after the second week of the season (or frankly, at all, but that’s another discussion).

It is a joke that Alabama, Auburn, and Clemson — three teams that are right in the thick of the playoff hunt — got to take a week off. It didn’t help that Oklahoma, Miami, Georgia, and Ohio State all had weak in-conference opponents either. These games should be gotten out of the way earlier in the year. We should sprint into Week 13 tired and out of breath, not get there sleepwalking.

Even in the rare victories, the Gators managed to dull the senses. In beating UAB on Saturday, Florida kicked five field goals. Even in its exciting games, such as the win against Tennessee, we suffered through 55 minutes of soul-crushing boredom to get to the five fun ones. The saving grace of the Gators’ season is that it will be over next week.

Florida State collapsing under its own weight 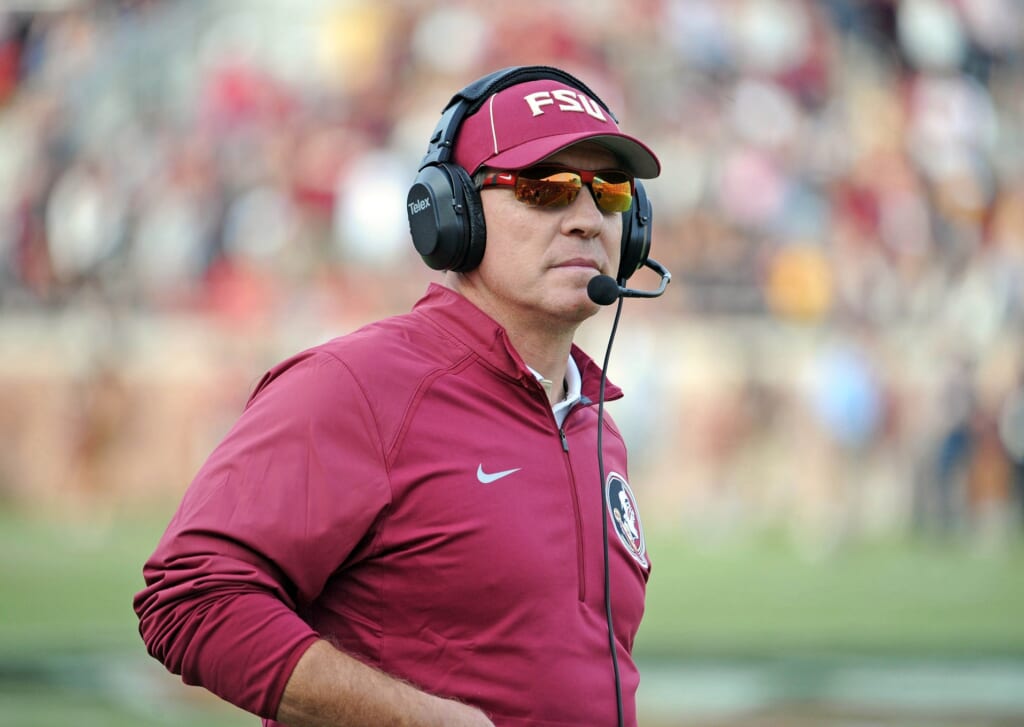 Forget about Deondre Francois for a second — that was out of anyone’s control. The ‘Noles, Francois or not, succumbed under the weight of expectation more than any team in recent memory.

Safety Derwin James, hyped before the season as a defensive player capable of winning the Heisman, was fine and that was pretty much it. Ditto for running back Cam Akers and receiver Nyqwan Murray.

A team as good as we expected FSU to be would have managed to survive Francois’ injury, especially after James Blackman turned out better than expected in replacing him. Instead, the Seminoles need to close the year with wins over Florida and UL-Monroe to even maintain bowl eligibility. That would be a horrific year even if FSU didn’t expect to contend for the playoff, which it did.

Tennessee and Nebraska in limbo

At some point, we need to stop treating these schools like blue-bloods. Tennessee hasn’t been to a New Year’s Six Bowl since 2004, and Nebraska hasn’t been to one since 2006. Neither program is going to make any bowl game this year.

Barring a miracle, both will have new head coaches next year. The sooner we stop pretending these are prestigious football schools, the better, because right now, they aren’t. That can change and it may, but we shouldn’t be surprised when these programs struggle anymore.

We at Sportsnaut have made hay of Franklin’s playcalling all year, but that doesn’t mean we’re letting him off the hook now. Franklin finally handed the reigns to Saquon Barkley on Saturday and, wouldn’t you know it, Barkley had 158 rushing yards and three touchdowns against the Cornhuskers.

If only the head coach had thought of handing it to the best running back in the country sooner, the Nittany Lions might be vying for a playoff spot right now. Instead, they’ll miss out on the Big Ten Championship Game and the program’s best chance at a national title in over a decade.

This would be more forgivable if Stanford didn’t have a ton of talent, or if the Cardinal didn’t spend the last two years failing to build around a different Heisman contender at running back. After winning The Big Game, Stanford is 8-3. And that’s nothing to turn your nose at. However, it feels like they’re leaving something on the table.

If you can build an offense around a player of Love’s caliber, you should be contending for at least a conference title. 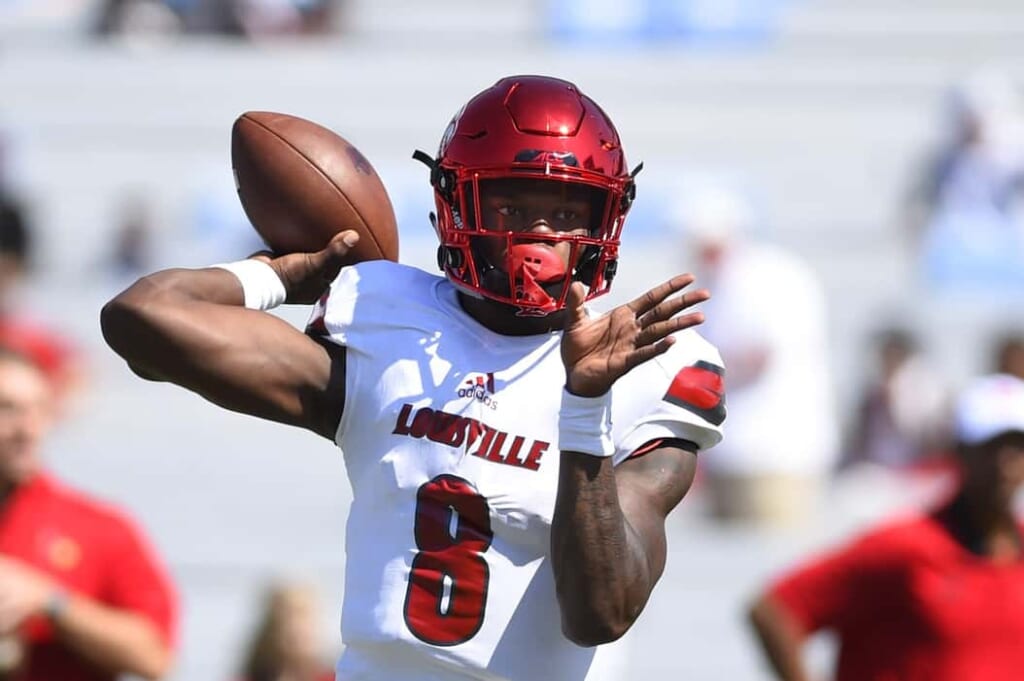 Ditto for Lamar Jackson, the best player in college football for two years running. Unlike Stanford, however, Louisville is 7-4 heading into their rivalry game against Kentucky.

It’s a massive indictment of Bobby Petrino as a recruiter that Jackson seems to be the only player on this team capable of doing anything. The offensive line is bad, Jackson leads the team in rushing yards by a wide margin, the receivers are uninspiring at best, and the defense is 90th in S&P+.

Louisville won’t get a player of Jackson’s caliber again for a long time. It can’t feel good knowing that the Cardinals failed to capitalize when they had him.

Against teams worth their salt, the Hokies laid down, falling to Clemson and Miami without much fight, then losing at .500 Georgia Tech. It’s hard to think up a worse resume for an 8-3 team in the Power Five.

The Pac-12 beating itself

Here’s a novel idea for the Pac-12: If you want to contend for the playoff, don’t make your schools duke it out on short rest.

Washington State, Washington, and USC — the conference’s three best chances at a playoff contender this year — all lost games on a Friday night. It’s baffling that someone in the Pac-12 looked at the quality of other short-rest football games in the NFL and college football alike and said, “Yeah, let’s do that.”

Playing on short rest is the worst thing possible for a playoff contender to do — it exacerbates injuries, gives teams less time to prepare, and players less time to recover. It creates a mistake-filled, sluggish football game that better teams are more susceptible to losing. Nobody beat the Pac-12 more than itself this year.

Somebody needs to explain the concept of scheduling windows to the NCAA. Right now, on a given Saturday, it feels like they’re throwing darts to figure out what game goes at what time.

We have roughly four schedule windows to work with, going by Eastern time: 12:00-3:30, 3:30-7:00, primetime, and Pac-12 After Dark. The exact times get blurred, especially in those last two windows, but the general structure works.

So why do we have weeks where every good game is crammed into, for example, the 3:30 window and the other three have nothing? We need equal distribution of good games within a day. Aren’t most games not given a start time until a week in advance to achieve that purpose?

UCF getting no respect 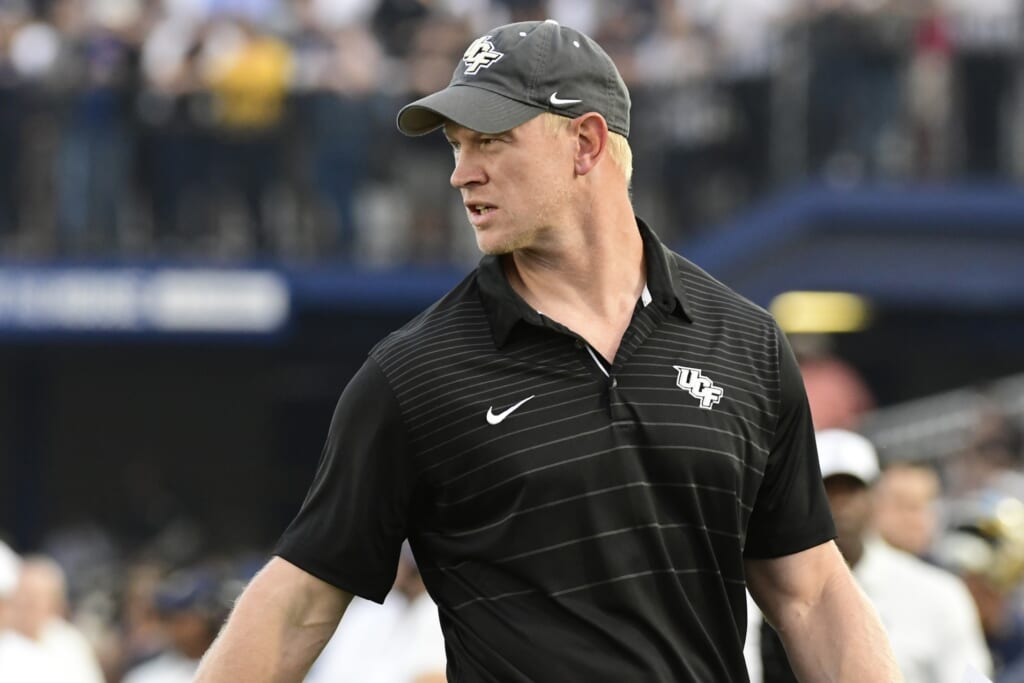 It’s not just that the undefeated Knights are out of the playoff picture, it’s that UCF was 15th in the CFP poll coming into Week 12. They’re not just behind the nine or so teams that are still vying for the playoff, they’re behind the likes of Oklahoma State, Penn State, and Washington State, three two-loss teams with no shot of getting in.

If UCF has so little chance of making the playoff, then what are they playing for? A New Year’s Six Bowl is nice, but not if you’re being shortchanged in making it.

Football games should not take upwards of three-and-a-half hours on a normal basis. Especially when it’s so easy to prevent that from happening. Cut time from halftime and make between-quarter breaks normal length. Then don’t stop the clock on every first down. That’s how you make up the difference and it has only a minimal impact on the game itself.

College football games should take less time than NFL games on average given how many teams play option football. Let’s try and make that a reality.

The players didn’t get paid

College football is a multi-billion dollar industry. Not only that, but thanks to recent medical advances, we know that anyone who plays it is putting their brain at risk. At minimum, FBS college football players should be given lifetime health insurance through their schools with a goal of expanding it to the FCS, and Divisions II and III relatively soon.

There should also be much greater oversight of concussions within college football, but I digress.

Paying players isn’t as easy as some people make it sound — you can’t just take money out of the TV contract and give it to the players without a domino effect. But it is more than plausible, economically, and a goal the NCAA should work towards achieving soon.

We don’t even need a reason to hate this year’s variation of the Irish. Arrogance, haughtiness, and self-importance will always be abound in South Bend. No other entity in sports has such an inflated sense of its own history. Notre Dame has a permanent spot on this list, no matter the year.