14 NFL senior citizens who are still balling out

Each year at this time as we prepare for the upcoming NFL season, it is fun to reflect on some of the league’s senior players. We are talking guys sometimes over a decade older than their peers but are still playing like young 20-somethings.

It is hard to believe that the oldest active player in the league is 45 years old. There are also some quarterbacks who want to hit that mark in the future. Among the guys we’re going to focus on, some are on course to break some legendary NFL records.

It’s time to recognize some NFL “senior citizens” who still have plenty of gas left in the tank.

What can we say? Fitzgerald is still performing at an elite level and will turn 35 in August. The 11-time Pro Bowler still receives the lion’s share of targets for his team and has recorded 1,000-plus yards his past three seasons. He led the league in 2016 with 107 receptions and came in second in 2017 after racking up 109 catches.

Recently, Fitzgerald committed to playing one more season with the Cardinals. The hope would be that the team signs a quarterback that Fitzgerald can make more history with. The future Hall of Famer currently ranks third overall in NFL history with 1,234 receptions and is third in history with 15,545 yards.

This 38-year-old pass rusher just said he is leaning towards returning for the 2018 season. Assuming he does, this will mark Peppers’ 17th season since the Panthers selected him second-overall in 2002. It is certainly cool that Peppers had the opportunity in 2017 to return to where his career began in Carolina.

Back on his home turf, Peppers absolutely thrived, putting up 11 sacks, 33 combined tackles and two fumble recoveries. He played in all 16 games, which is something Peppers has done every season but two over his illustrious career. Eventually headed to the Hall of Fame, Peppers has recorded 154.5 sacks. He needs only six more sacks to move up to third all time in this stat.

Also destined for a gold jacket, Brees is still slinging the pigskin with the best of them. Newly turned 39, Brees just set a record completing 72 percent of his passes last season. That was two points better than his already awesome 70 percent from 2016. Brees also led the league averaging 8.1 yards per pass.

A balanced run game was the ticket to success for Brees in 2017. With that situation not looking to change this year, we can expect Brees to continue to perform at an elite level. There is also little reason to fret that Brees won’t be wearing a Saints uniform come September.

Brees has led the NFL in passing yards seven times since signing with the Saints in 2006. He needs only 1,495 passing yards to surpass Peyton Manning to take over at No. 1 in this stat. Barring injury, that becomes a done deal in 2018. 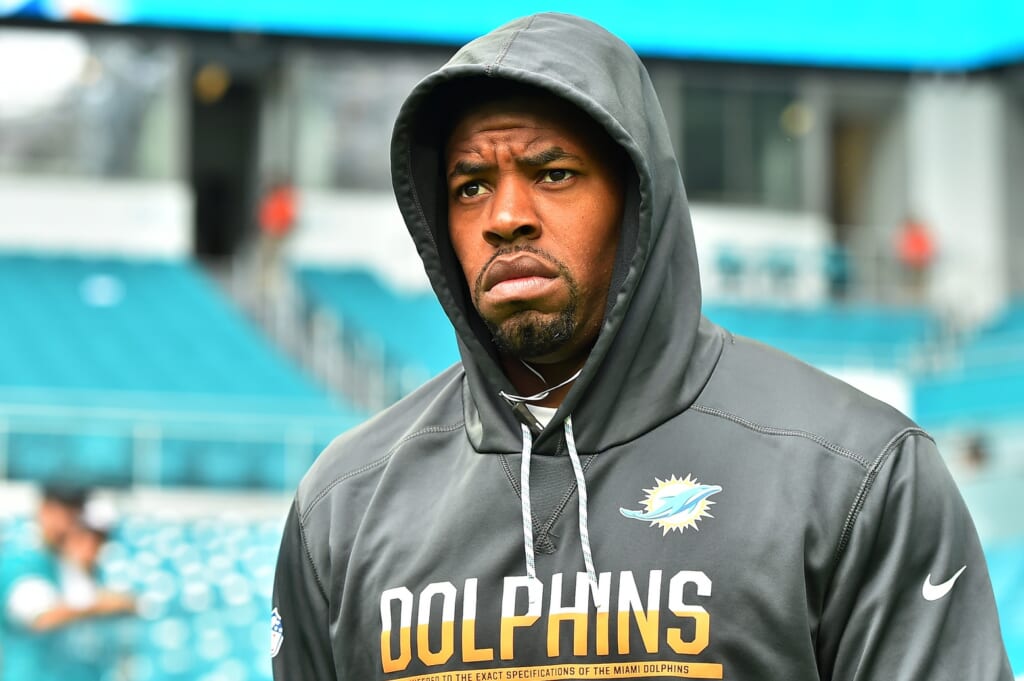 Originally undrafted, Wake has been a staple and solid contributor on the Dolphins defense ever since 2009. The 36-year-old defensive end is a five-time Pro-Bowler and is currently on record for being the highest-graded defender (94.9) the Dolphins have had since 2006, according to Pro Football Focus.

He currently has a career-total of 92 sacks with 10.5 of those occurring in 2017. Wake is also on record for 322 combined tackles. Showing zero signs of slowing down his pace, Wake is signed with Miami through 2018.

Gore recently said he would be open to returning to the Indianapolis Colts if he knew quarterback Andrew Luck would be healthy in 2018. With this being unknown at the moment, we are still going to cover a running back who has produced some stunning career numbers and who received his second-highest season grading in 2017.

Throughout an impressive career that spans from 2005 through 2017, Gore has had only four seasons when he did not rush for more than 1,000 yards. The soon-to-be 35-year-old running back is the all-time rushing leader for his former San Francisco 49ers team. There, he tallied 11,073 rushing yards and 64 rushing touchdowns between 2005-14.

Currently, Gore needs only 75 more rushing yards to move up to fourth in league history in this category. If Gore does not re-join the Colts in 2018, we would love to see him sign with a contender. This guy deserves a ring.

Campbell may not yet be destined for the Hall of Fame, but he experienced a career revival at the age of 31 playing with “Sacksonville” in 2017. The three-time Pro Bowler, originally selected in the second round by the Arizona Cardinals in 2008, found his niche with the Jaguars. This is a good thing considering he is on course to earn a whopping $17.5 million in 2018.

Campbell recorded a career-best 14.5 sacks in 2017. This was the first time in his career he managed double digits in this stat. This sack total also tied for second in the NFL last year. At this time, it seems that the Jags found a real gem when they took a chance on Campbell in last season’s free agency.

Witten has not had a 1,000-plus yard season since 2012, but the 11-time Pro Bowler is still a solid contributor to the Cowboys offense. For his past two seasons playing with quarterback Dak Prescott, Witten was targeted 182 times resulting in 132 catches, 1,233 yards and eight touchdowns.

Over his 15 total years playing with Dallas since being drafted in 2003, Witten has a total of 1,152 catches. This is fine enough work that Witten ranks fourth overall in career receptions. It would take likely a few more seasons of play, but Witten has the chance of besting tight end Tony Gonzalez’s 1,325 career receptions.

Either way, Witten — who turns 36 in May — seems destined for the Hall of Fame once he finally decides to retire.

Thomas, who has played through thick and mostly thin with the Browns, is one of the best of his position. If only Thomas had a solid franchise quarterback to work with. But with that not in his control, Thomas has still been major asset to the Browns’ offensive line.

Cleveland selected the 33-year-old tackle third overall in the 2007 NFL Draft. This is one pick the Browns did not blow during the past decade. And, up until last season’s injury, Thomas had not missed a single snap — playing in over 10,000 in his 11 seasons in the league.

While he lobbies for a better quarterback, the Browns reportedly plan to make Thomas the highest-paid offensive lineman in 2018. We would definitely love to see Thomas return for another run and both of these things happen. 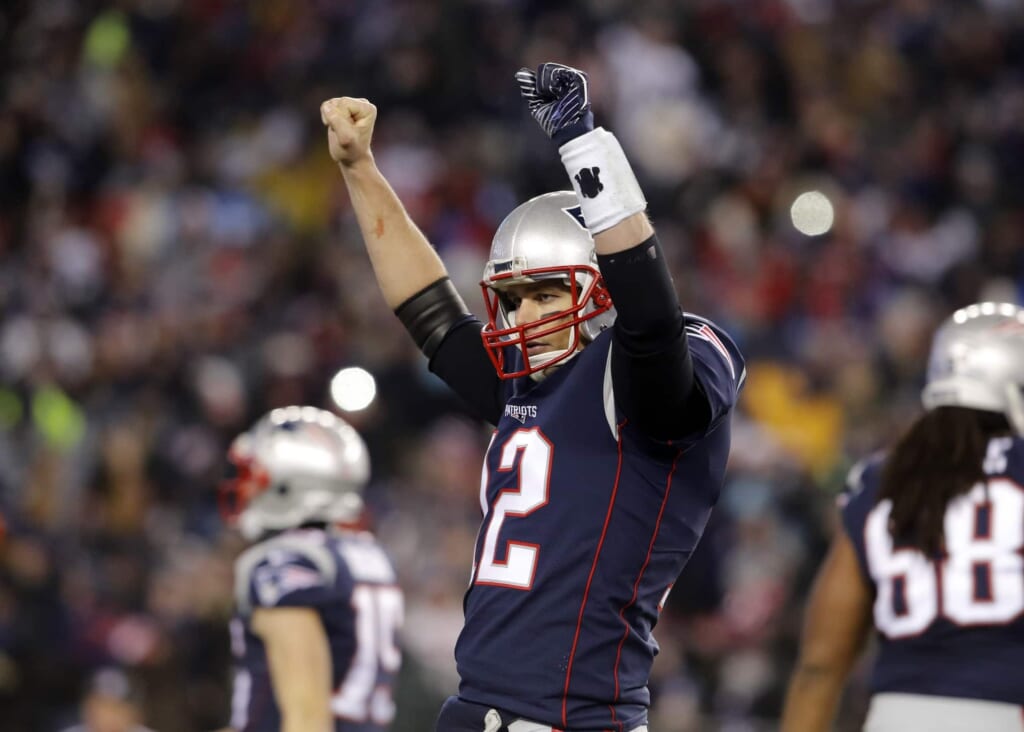 With so many horns to toot, Brady will begin his 18th season in the league at the age of 41. The former sixth-round draft pick maintains his excellent physical condition through strict eating habits and conditioning. This is why he plans to play into his mid-forties, much to the dismay of his wife.

Right now, Brady is having fun and a sixth Super Bowl ring is not out of the question. He is a three-time league MVP and three-time First Team All-Pro. His 4,577 passing yards in 2017 were the most of any quarterback in the league. Tom Terrific has also lead the league in touchdowns four times in his career. As for interceptions, there are not many of those as of late. He has just 10 on record between 2016-17.

If it wasn’t for Brady’s 2008 injury season and four-game suspension in 2016, his overall passing yards would be a threat to surpass the aforementioned Peyton Manning. Brady will need another season or perhaps two beyond Brees to make this happen.

A thorn in Brady’s side for years, Suggs, at 35 years old, is still tackling and sacking like his youthful counterparts. The Ravens did no wrong in drafting the seven-time Pro Bowler 10th overall in 2003.

After suffering an Achilles tendon tear in Week 1 in 2015, Suggs made a comeback stronger than many expected. Since 2016, Suggs has played at a high level in 31 games. Just last season, Suggs tallied 11 sacks and 49 combined tackles. He also forced four fumbles which was his highest since 2011.

Suggs is a huge reason the Ravens defense was highly feared last year. He is currently signed through the 2018 season.

McCoy is the youngest on this list and will turn 30 in July. But, the running back position is one that doesn’t typically have as long of a shelf life as other positions do. For this, McCoy is performing pretty darn well and is not showing many signs of winding down.

The Bills finished 2017 with the sixth-highest ranked rushing offense. This means McCoy was no slouch after he tallied 1,138 rushing yards last season. He also led the Bills in receptions with 59 for a total of 448 yards and two touchdowns. From a fantasy football slant, McCoy was the oldest running back ranked within the top 10 in 2017.

The Bills are likely looking at a new quarterback, which should only help enhance this six-time Pro Bowler’s productivity in 2018. 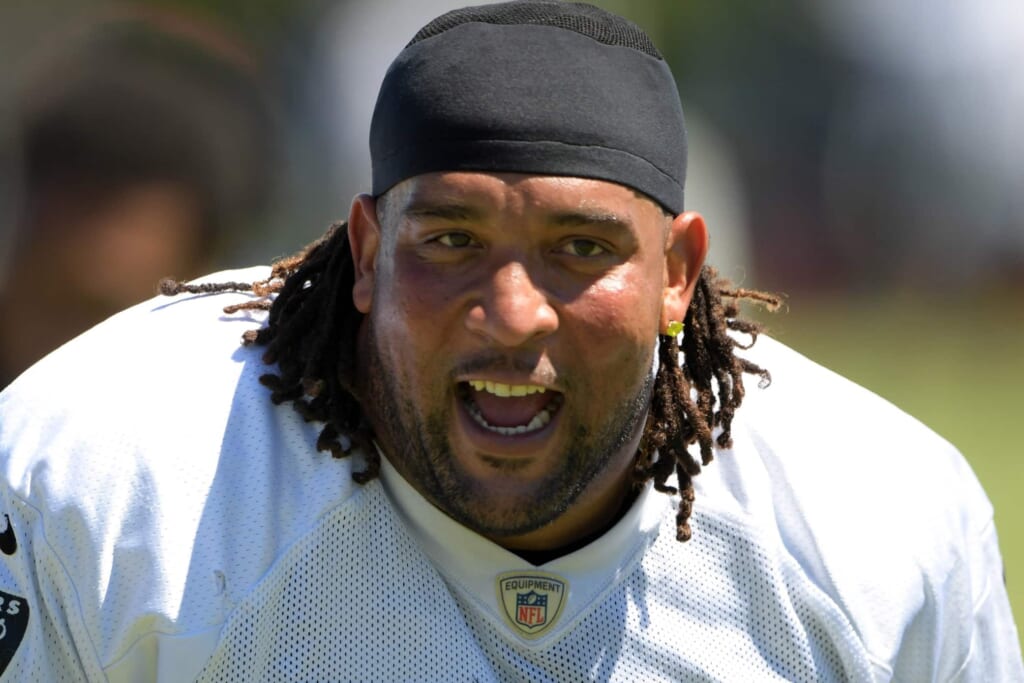 Despite missing two games and needing foot surgery last season, Penn is a keeper for the time being. The two games missed marked the first time ever Penn missed time dating back to his original signing with the Tampa Bay Buccaneers in 2007.

Knowing they have a true cornerstone, the Raiders locked Penn up last September on a deal that takes him through 2019. This was after a 2016 season that saw Penn become only one of four tackles to give up just one sack in at least 350 pass-blocking attempts, per Pro Football Focus. Penn handily accomplished this in 621 pass-block attempts.

Penn turns 35 in April and is hopefully on course to make a healthy comeback as one of the best offensive linemen in the league.

Vinatieri — the oldest active player in the league — plans on playing in 2018. Vinatieri is 45 years old and still has one of the best kicking legs around. This upcoming year will mark his 23rd in the NFL. Wow!

Since playing with the New England Patriots from 1996-2005 and the Colts from 2006-17, Vinatieri has missed only 15 games. Most recently, the three-time Pro Bowler made 29 of his 34 field goals, with his best being a 54-yard long upright slicer. A return of Andrew Luck and an uptick in overall offensive scoring should only help Vinatieri’s case in 2018, if he signs with the Colts.

Lastly, we will cover Harrison, who turns 40 this spring. Late last season, he made that huge career switch to the Patriots after playing most of his career with the Pittsburgh Steelers. It was a change that did not go over too well for some of Harrison’s former teammates, but it did send him to Super Bowl LII.

Still an impact player even after the Steelers used him sparingly in 2017, Harrison is a machine. His workouts are over the top and he pays an entourage of specialists to assist him with his diet and fitness regimes.

The two-time Super Bowl champion tallied two sacks and 13 combined tackles during his limited regular season and playoff time with New England. At the end of January, Harrison said he is not considering retirement. There is also a chance the Patriots take him under their wing again in 2018.