College football is cutting the fat off its meat. Oklahoma and Michigan both fell on Saturday as their flaws proved fatal. However, many of the other title contenders got tested as well. Miami, TCU, and even Alabama all had one-score victories. It’s only Week 6 and we’re already seeing just how hard it is to run the table. Here are college football’s unsung heroes from Saturday’s games.

Dowell had the game of his life at The Big House on Saturday night. Not only did he put up seven tackles against the Spartans’ arch-rival, but the sophomore intercepted Michigan quarterback John O’Korn twice. Those plays proved crucial in what was just a four-point win for Michigan State. The Spartans grinded out this victory in typical Big Ten fashion. Without Dowell, they wouldn’t have done it.

The Crimson Tide ended up needing every contribution they could get on Saturday. Texas A&M nearly pulled a massive upset. However, Alabama was able to hold on for a five-point win. Davis played a huge role. The sophomore had eight tackles, including one for a loss and a sack. He also recovered a fumble early in the game, leading to an Alabama touchdown. That ended up being the difference in a 27-19 win.

Cain had just four receptions for 38 yards in the Tigers’ win over Wake Forest. However, 28 of those yards came on just one catch, and it was one of the most important of the entire game. On Clemson’s opening drive, quarterback Kelly Bryant found Cain for the 28-yard score. That enabled the Tigers to get out to an early lead. Though Wake Forest scored twice near the end of the game to make the final 28-14, it was never really that close. 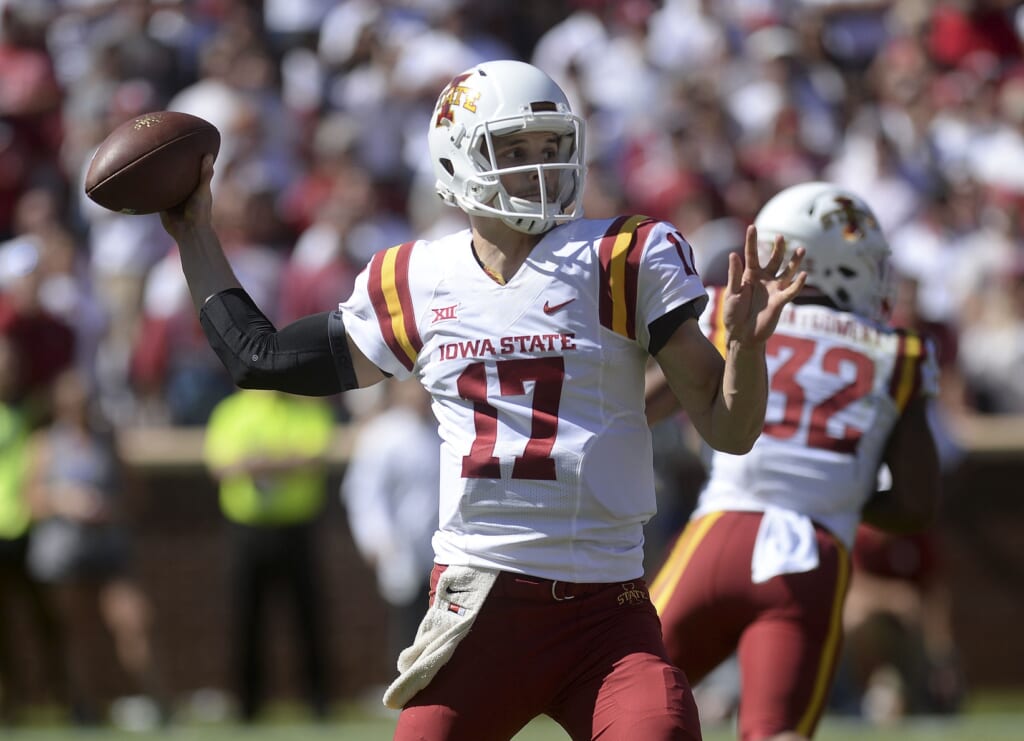 With all the focus put on Cyclone quarterback/linebacker Joel Lanning by the FS1 broadcast crew, you almost forgot that Kempt existed. However, he was the one who outdueled Baker Mayfield in Norman. Kempt threw for 343 yards to Mayfield’s 306, three touchdowns to Mayfield’s two, with a 95.2 QBR to Mayfield’s 91.8. Let’s give him some credit in Iowa State’s upset, please.

Orr was one of two TCU defensive players with more than six tackles on Saturday. He went for nine, including five solo, but that’s not the reason he make this list. Orr also had the only interception of the game. He picked off West Virginia quarterback Will Grier in the third quarter, leading to a TCU touchdown. That could have been the difference in the Horned Frogs’ 31-24 win, which kept them undefeated.

It’s hard enough to go 4/4 in kicking field goals, including a 52-yarder. But Powell also uncorked four punts for a total of 136 yards. To boot, he was perfect in kicking three extra points. Special teams isn’t something we think about a lot, but Powell was a huge reason the Cougars were able to blow out Oregon at Autzen Stadium.

The Hurricanes overcame some demons in Tallahassee on Saturday. Consider Delaney to be the exorcist. The senior had six tackles and an interception for Miami. This being the first time Miami has won the rivalry matchup since 2009, it was also the first time Delaney had been on the winning end. Let’s hope it was worth the wait.

The Cardinal quietly pulled off a late-night upset, sneaking into Salt Lake City and taking out No. 20 Utah. Reid led Stanford with seven tackles, including one for a loss, on Saturday. He also intercepted Utah quarterback Troy Williams in the fourth quarter — the second pass in a row he threw that was picked off. That allowed Stanford to keep momentum and pick up the win.

The Wolfpack had a statement win against Louisville on Thursday night. While much of their offense came through the air, Hines was a part of things as well. The junior running back had 102 yards and two touchdowns on 18 carries. This is a well-rounded offense and we best not forget it. Dave Doeren’s squad is going places. 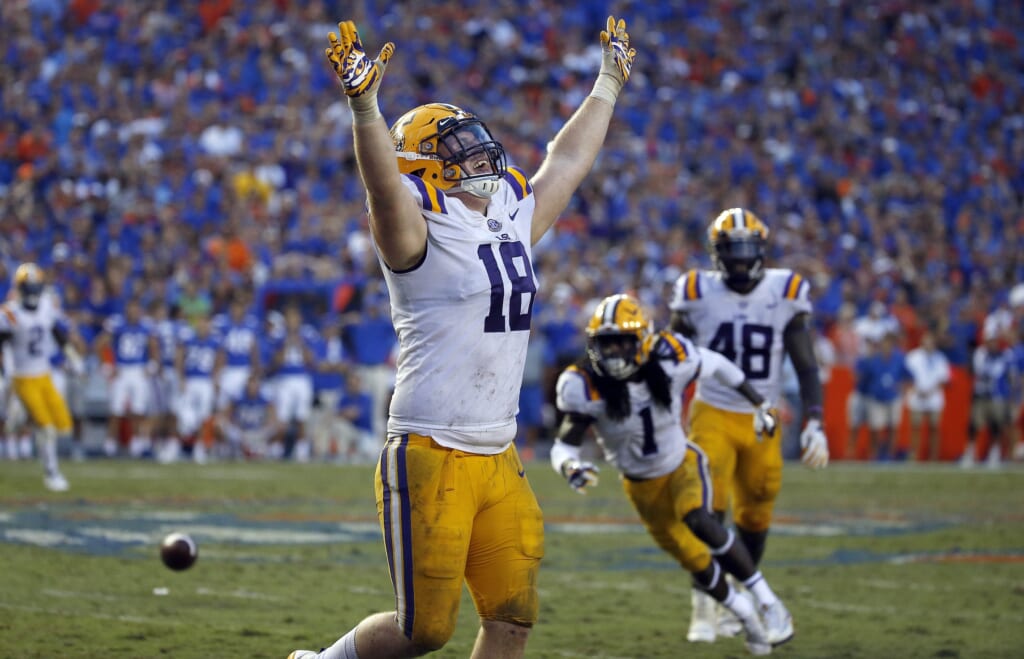 LSU-Florida was bound to be a defensive battle. LaCouture helped win it for LSU. The senior had nine tackles, 1.5 sacks, 1.5 tackles for loss and a quarterback hurry. That is one impressive stat-line. His presence on the edge was a huge reason why Florida quarterback Feleipe Franks barely made it over 100 yards passing on the day.

When you score 71 points in a seven-overtime victory, a lot of great offensive performances get lost in the insanity. Ernsberger’s is just one of them. The senior tight end had 52 receiving yards and two touchdowns in the Broncos’ win over Buffalo on Saturday. His first score is notable, if just for the fact his sister charged the field to celebrate with him (watch here). His second score was what kept Western Michigan’s hopes alive in the first overtime. It took just six more to pull ahead for good.

The Longhorns’ double-overtime victory over Kansas State was a gut-check game. With the Red River Showdown looming next week, Texas needed this win — not just to come in with momentum, but to remind people that they’re worth taking seriously. Jefferson did it all to help the Longhorns pull it out. He had 10 tackles, two tackles for loss and 0.5 sacks. No doubt he’ll give the Sooners just as much trouble next week.

The Wildcats have very quietly emerged as the chief contender to Georgia in the SEC East at 5-1. However, they barely escaped with a win against lowly Missouri on Saturday night. Snell provided the difference in their 40-34 win. He went for 117 yards and two touchdowns on 20 carries. Kentucky’s offense is largely built around the passing game. However, it couldn’t have done without Snell on Saturday.

When the final score is 45-42 and the quarterback rushes for 327 yards, it’s hard to pay attention to defense. But Young was truly an unsung hero in Arizona’s win over Colorado. The freshman had 11 tackles — tied for the team lead — and 1.5 tackles for loss. If this is a harbinger of things to come, then Young has one bright future.