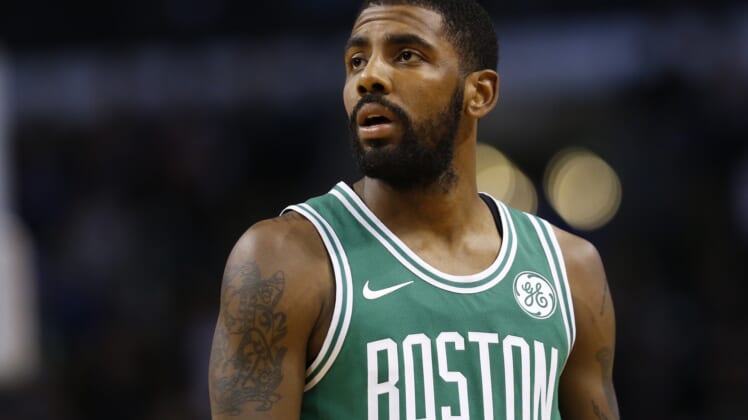 Talent is vital to become a professional athlete, but some situations aren’t conducive to success. Several NBA players needed a change of scenery, and now they’re thriving because one happened.

We’re focusing on players who signed elsewhere as free agents or were traded during the summer of 2017, so rookies were not considered.

The Celtics are doing a whole lot of winning despite losing Gordon Hayward in the first quarter of the season’s first game. A hearty portion of the credit goes to Kyrie Irving, who is showing off efficiency as a creator while being a much greater factor on defense. The point guard has a 32.7 assist percentage — the second highest of his career — with a personal-best 9.3 turnover rate. Additionally, Irving’s 1.1 defensive box plus/minus is the lowest (and only positive) mark in his seven seasons. Brad Stevens has unlocked the best of the All-Star guard.

Although DeMarre Carroll deserved a sizable contract after his performance in Atlanta, the small forward didn’t meet expectations with the Raptors. They even attached two draft picks for Brooklyn to absorb his salary. Nearly one month into the season, Carroll has showed he isn’t just a big cap number. As a starter for a young Nets team, the veteran has posted career-high outputs of 13.6 points, 6.8 rebounds and even 0.5 blocks in 28.7 minutes per contest. Brooklyn would love to receive this type of production until Carroll’s contract expires in 2019. 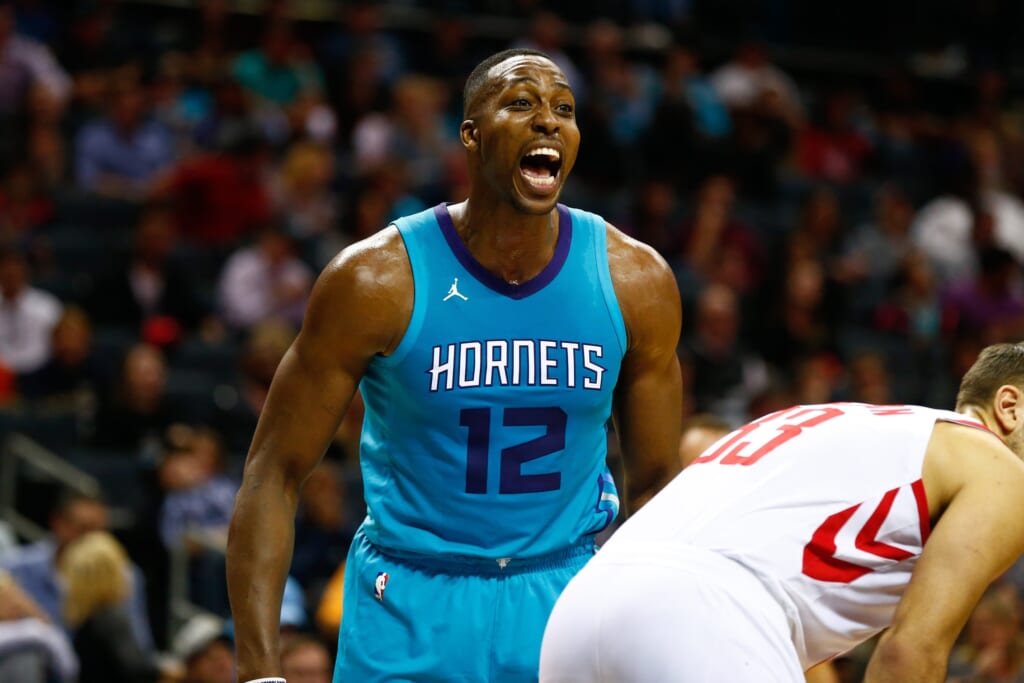 Following one frustrating year in Atlanta, Dwight Howard has enjoyed a resurgence in Charlotte. While his numbers aren’t dramatically different (13.5 points to 14.4, 12.7 rebounds to 13.1), the center’s impact has changed considerably. The Hornets are a stunning 20 points per 100 possessions better when Howard is in the game compared to when he’s watching from the sideline, per NBA.com. Last season, the Hawks mustered a negative-1.3 rating. Howard isn’t Charlotte’s final piece, but he’s turned out to be an important complementary part.

Boston avoided the impending need to pay Avery Bradley by shipping him to Detroit, but somebody is going to throw many millions at the guard. Through 13 games, Bradley is averaging a career-high 17.0 points while shooting a personal-best 41.3 percent from distance. Though his rebounding totals have dropped dramatically, that can attributed to Andre Drummond being a glass-cleaning monster. Bradley is an integral reason why the Pistons have surged to a 10-3 record and are likely headed to the postseason.

We’ll get to it eventually, so let’s start with this: It’s a small sample. Nevertheless, Omri Casspi has thrived with the Warriors. Sure, success is easier when surrounded by superstars, but he’s rarely been a negative. In fact, Casspi has finished with a positive plus-minus in nine consecutive appearances. He’s scored a total of 52 points on 68.0 percent shooting and grabbed 28 rebounds in less than 100 minutes this season. Golden State has a plus-17.9 rating with Casspi on the floor, per NBA.com. He should be a regular in the rotation. 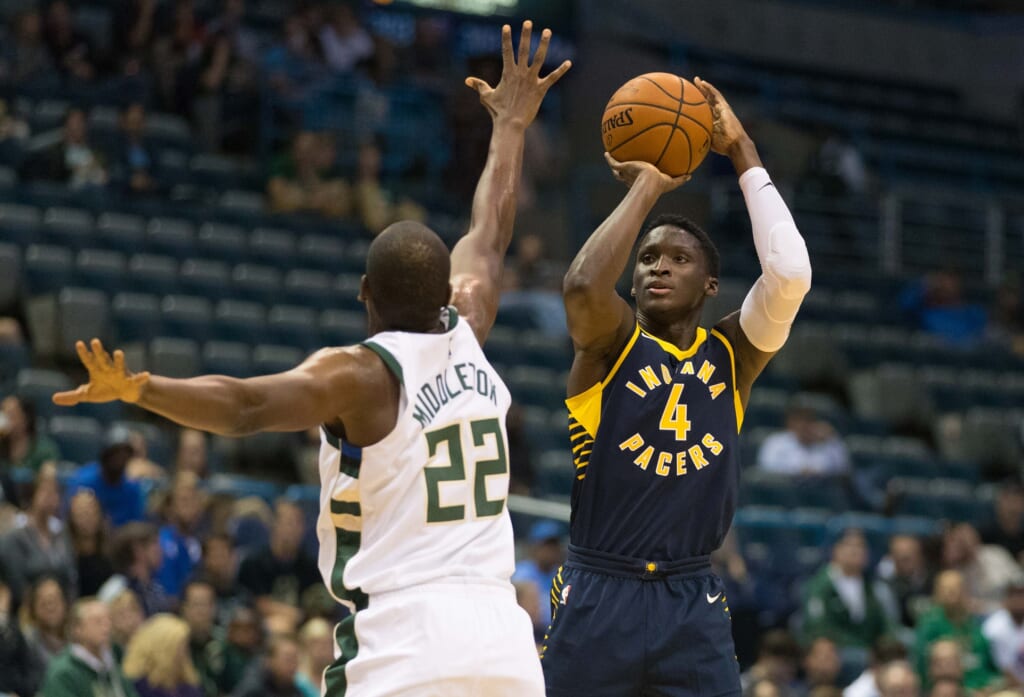 The Pacers couldn’t afford to lose Paul George for nothing, but there’s simply no denying plenty of eyebrows raised when the franchise pulled Victor Oladipo as the marquee return in the trade. He’s opened the season by silencing some of the critics. Oladipo, who played college basketball at Indiana, has dropped 23.4 points per game with a 44.4 mark from beyond the arc as the featured player. At this rate, the 25-year-old will cruise to his first-ever All-Star appearance — and in an average year for the Pacers, that would be an impressive feat.

The emergence of Taurean Prince relegated Thabo Sefolosha to the bench down the stretch for Atlanta last season. This year, however, he’s a vital part of Utah’s rotation. By no means is Sefolosha a star, but he’s a smart player who does a little bit of everything. The forward has contributed 7.2 points, 5.1 rebounds and 1.4 steals per game, and his value is seen further in advanced metrics. According to NBA.com, the Jazz are 17.3 points per possession better with Sefolosha on the court. For a reasonable $5.25 million price, Utah has bolstered the bench.

Nobody the Clippers received in return for Chris Paul could completely replace him. Patrick Beverley, however, is doing a superb job filling his role of defensive pest and complementary offensive piece. According to NBA.com, the Clips have a plus-4.9 rating with Beverley on the floor compared to a negative-2.0 mark when he’s watching from the sideline. The point guard — who’s also snatching steals at a career-high rate — is averaging 12.5 points per game with a respectable 39.6 three-point clip. Beverley isn’t an All-Star, but he’s a steady player on a roster that needs consistency.

Going back to the old stomping ground has unleashed a younger version of Tyreke Evans. The nine-year veteran attended Memphis for college, signed with the Grizzlies during the offseason and has made himself an early contender for the Sixth Man of the Year honor. Evans’ scoring average (17.8) is his highest since the 2010-11 campaign, and he’s never shot the ball more effectively. The swingman boasts a 42.6 percent mark from beyond the arc and a 50.6 percent clip overall. Memphis has a plus-6.4 net rating with Evans on the court, per NBA.com. 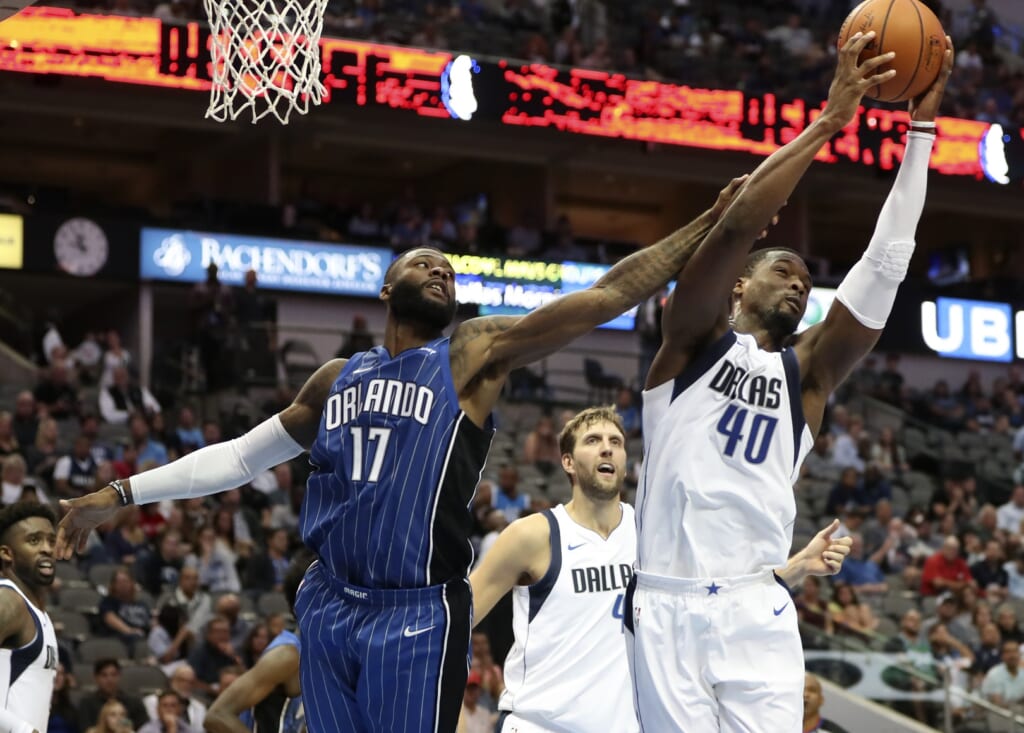 Jonathon Simmons became a relatively familiar name during the 2017 playoffs. During the Spurs’ series against the Houston Rockets, Simmons tallied 13.2 points per game and helped San Antonio advance to the Western Conference Finals. That, plus admirable contributions in Kawhi Leonard’s absence opposite Golden State, helped Simmons earn a $20 million deal from Orlando. The explosive guard has capitalized on his first every-night opportunity, posting an average of 15.2 points while shooting 40.0 percent from long distance and 51.9 overall.

In four years with the Los Angeles Clippers, J.J. Redick earned approximately $27,128,000. Philadelphia is paying him $23 million this season, and the early return on investment has been outstanding. On a team in dire need of outside shooting, Redick has provided a 41.5 three-point rate with 15.6 points per game. According to NBA.com, Philly’s offense rating drops from 106.2 to 97.8 when he leaves the floor. Overall, the Sixers are 18.1 points per 100 possessions better with Redick on the court. The spacing he offers is invaluable.

Breaking news: The Spurs revived a veteran’s career. Again. Rudy Gay has never had a smaller share of minutes, yet he’s also never been this efficient. The forward’s 20.3 PER is the highest of his career, and it’s coming in just 23.2 minutes per game as a reserve. Gay has contributed 13.0 points while shooting 41.4 from three-point range and 47.7 percent from the field — yes, both of which are personal bests. Per NBA.com, the Spurs boast a plus-8.9 rating with the him in the game compared to negative-2.0 when he’s on the bench.

Along with Oladipo, the Thunder sent Domantas Sabonis to Indiana. The second-year forward has blossomed with the Pacers, enjoying a considerable uptick in both minutes and usage percentage. Sabonis has responded to the increased role by contributing 13.3 points, 9.8 rebounds and 2.8 assists per appearance, notching five double-doubles so far. Sabonis — the son of Hall of Fame center Arvydas Sabonis — has been extremely useful as a screen-setter, particularly for pick-and-roll offense. The 21-year-old has a bright future in Indiana.