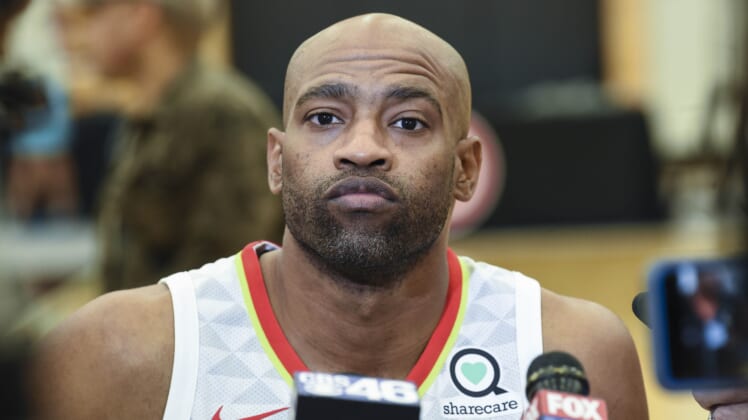 As the 2018-19 NBA season begins, the fascinating careers of Dirk Nowitzki and Vince Carter have reached drinking age. Yes, their 21-year tenures in the league is longer than several players have occupied this planet.

But there are also 11 incoming rookies who were born after Nowitzki and Carter made their professional debuts on Feb. 5, 1999.

Feel old yet, guys? If not, this will.

The No. 2 overall pick of the 2018 NBA draft, Marvin Bagley III put together a sensational campaign in his lone season at Duke. He averaged 21 points and 11.1 rebounds en route to ACC Player of the Year and first team AP All-America honors. Bagley broke multiple records at the powerhouse program before the Kings grabbed him. He will be a starter for Sacramento right away. Born on March 14, 1999, he’s 37 days younger than the careers of Carter and Nowitzki.

At 16 years old, Luke Doncic made his professional debut for Real Madrid. The versatile standout won EuroLeague MVP and Final MVP while helping the club win the league title last season. Eligible for the 2018 draft, Doncic landed with Carter and the Hawks at the No. 3 overall pick — though Atlanta traded him to the Mavericks in exchange for Trae Young. Doncic, who was born 23 days after Nowitzki’s debut, is expected to replace the veteran in the starting lineup.

Zhaire Smith arrived at Texas Tech without much fanfare. Only a 3-star recruit, the small forward ascended from under-the-radar player to first-round prospect in one season with the Red Raiders. He tallied 11.3 points and five rebounds per game, helping the program reach its first-ever Elite Eight. On draft night, Smith heard his name called 16th overall. The Phoenix Suns then dealt him to Philadelphia, which opens the 2018-19 season against the Boston Celtics — as Carter did in 1999, just 120 days before Smith’s birth.

A teammate of Bagley’s at Duke last season, Wendell Carter Jr. showed off an intriguing level of versatility. He collected 13.5 points, 9.1 rebounds and 2.1 blocks per game while shooting 41.3 percent from three-point range and 56.1 overall. Carter — whose birthday is April 16, 1999 — captured the attention of Chicago with the seventh pick of the draft. Since the Bulls travel to Dallas on Oct. 22 and Atlanta five days later, the young Carter will see Nowitzki and Vinsanity within the first two weeks of his rookie season.

The next great hope to save New York is Kevin Knox, a small forward out of Kentucky. During his lone season with John Calipari’s team, Knox provided 15.6 points and 5.4 rebounds per game. The Wildcats won the SEC Tournament and made the Sweet 16, then Knox declared for the draft. The Knicks tabbed him at No. 9 overall to a chorus of boos and are expecting him to play a rotational role as a rookie. Born on August 11, 1999, Knox is 188 days younger than the veterans’ careers.

A consensus 5-star prospect in high school, Jaren Jackson became a Michigan State star in one season at the school. He won Big Ten Freshman and Defensive Player of the Year honors, as well as third-team All-Big Ten with averages of 10.9 points and 3.0 blocks. Throw in his 39.6 three-point rate at 2.7 attempts per game, and Jackson was a rare floor-stretching shot-blocker for the Spartans. No matter if he’s a starter or reserve, he’s slated for a significant role in Memphis as a rookie. Dirk and Vince debuted 223 days before Jackson’s birth.

The only other player besides Doncic with professional experience on this list, Dzanan Musa also made his EuroLeague debut at 16 years old. The swingman played for Croatian club Cedevita and took home Adriatic League Top Prospect honors last season. That success led Musa to the 2018 NBA draft and a home with the Nets, who used the 29th selection of the first round to grab the Bosnian. His birthday is May 8, 1999, making Musa 93 days younger than the target date.

Carter entered the league with Toronto, and his second career appearance came against the Wizards. This year, Troy Brown Jr. and Washington will host the Raptors during the second game of the campaign. Snagged at No. 15 in the recent draft, Brown is expected to provide a bit of everything for the Wiz. He averaged 11.3 points, 6.2 rebounds and 3.2 assists during his only year at Oregon. Nearly six months — 174 days  — separate Brown’s birth from the beginning of the strike-shortened 1998-99 season.

Anfernee Simons is the only rookie who didn’t play basketball either in college or overseas. Last year, the shooting guard attended IMG Academy and ultimately became the first prep-to-pro American prospect since the NBA implemented the age-restriction rule in 2005. Despite the gap in on-court competition, Portland chose the 19-year-old with the 24th pick of the 2018 draft. There’s a 124-day difference between the former All-Stars’ debuts and Simons’ birth on June 8, 1999.

Although injuries limited Jarred Vanderbilt to only 14 games alongside Knox at Kentucky, the Nuggets saw enough promise to take a chance on the forward. Denver acquired Vanderbilt in a draft-day trade with the Orlando Magic, who’d selected him No. 41 overall. He managed 5.9 points and 7.0 rebounds per appearance in college. Vanderbilt, born 58 days after Feb. 5, 1999, will probably be a regular in the G League as he continues adjusting to a higher level of play.

The youngest player of the group, Isaac Bonga is the only 18-year-old in the NBA. The German forward was born Nov. 8, 1999 — a whole 277 days after Carter and Nowitzki officially introduced themselves to the league. Bonga, who the 76ers selected at No. 39 overall but traded to the Lakers, spent two professional seasons overseas prior to the draft. He’s also appeared on the German Men’s National Team. Bonga will likely spend a fair portion of his rookie campaign in the G League.