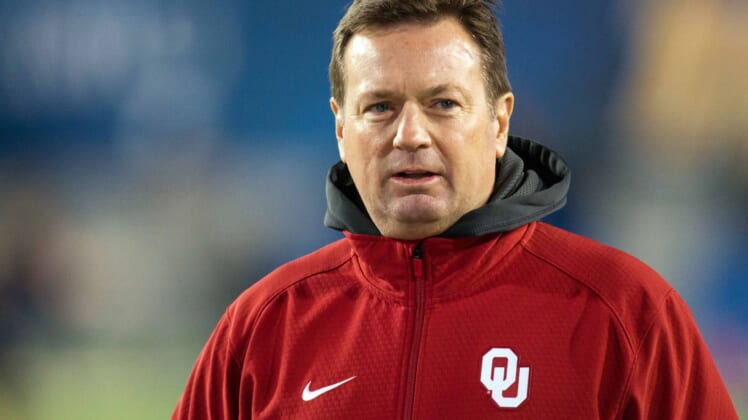 The new XFL season is just around the corner and football fans should be excited for the start of a new football season and the chance to see household names.

Of course, the relaunch of the XFL and the upcoming season doesn’t happen without Vince McMahon. He recognized the desire fans have for more football and is providing it uniquely with an exciting, innovative version of the game.

The league is more than its creator. The XFL offers household names from the player and coaching ranks, people who provided fans with countless memories on the gridiron. Now they are returning with a fresh start in the XFL and a chance to create new moments.

Here are the 10 XFL names for fans to know before the 2020 season kicks off.

The legendary football coach is returning to the sidelines in 2020. Stoops’ track record at Oklahoma (1999-’16) includes a national championship and 10 conference titles. The 59-year-old receives the opportunity to compete for a championship once again. Better yet, Stoops will be coaching the best team in the XFL. We’ve seen him win at the collegiate level and it wouldn’t be a surprise if Stoops is just as successful in the XFL.

Michael never quite hit his stride in the NFL, but he routinely showed tantalizing talent in his opportunities with the Seattle Seahawks. He enjoyed a breakout season in 2016, rushing for 469 yards with seven total touchdowns in nine games with the Seahawks. Michael never got another real opportunity after that, but he finished with 1,089 rushing yards and averaged 4.3 yards per carry on 256 carries in his NFL career. He should get plenty of work in St. Louis and one more shot to prove that he remains a gifted athlete.

It’s fitting that Stoops gets to team up with his former collegiate quarterback. Jones thrived in Stoops’ system at Oklahoma, compiling absurd numbers and leading the team to countless victories. He racked up 16,646 passing yards and 12 passing touchdowns across four seasons and had three consecutive seasons of 4,200-plus yards and 29-plus touchdowns. While Jones’ NFL career did ever take off, we expect him to thrive with Stoops in Dallas.

Ealy looked like a rising star just a few seasons ago. He delivered the performance of a lifetime in Super Bowl 50 with a three-sack, one-interception performance.The 28-year-old never found that form again in the NFL, but he could be in position to dominate the XFL. A league with inferior offensive linemen puts Ealy in the perfect position to be one of the XFL’s best players.

Jones is one of the most exciting players coming to the XFL. He was Ohio State’s surprise hero during their run to a national title in 2015. While he didn’t see much laying time in the NFL, he at least showed the jaw-dropping arm strength remains in preseason action. He can thrive in Pep Hamilton’s offense with a talented receiving corps that can stretch the field to maximize Jones’ arm strength. He’s proven he can win a championship before and we wouldn’t be surprised if he does it in the XFL, too.

While he never got the chance to become a featured running back in the NFL, Artis-Payne proved he can be a steady contributor. He averaged 4.2 yards per carry across four seasons in Carolina, totaling 491 rushing yards and five touchdowns on 118 carries. Once a star in Auburn’s backfield, Artis-Payne knows how to compete for a top team. Dallas has everything it needs to compete for the XFL championship and CAP will be a crucial piece of its success.

Trestman’s venture as an NFL head coach went poorly. However, the 64-year-old made his mark in the Canadian Football League as a three-time champion and two-time CFL Coach of the Year. He likely doesn’t view this as an opportunity. Instead, it’s a chance for Trestman to be a part of something new and prove he can win elsewhere.

After spending the past three seasons on NFL practice squads, Cook is salivating at the chance to lead a football team once again. He starred at Michigan State in 2014 and ’15, compiling consecutive 3,000-yard, 24-touchdown seasons with a Rose Bowl and Cotton Bowl championship. He’s only entering his age-27 season in what might be his last chance to prove himself as a pro quarterback. The No. 2 overall pick in the XFL Draft, we’re intrigued to see how Cook fares in June Jone’s scheme.

Hamilton has been around the country and back as a football coach. He was a name on the rise as Stanford’s offensive coordinator (2011-’12) before jumping to the NFL with the Indianapolis Colts (2013-’15). He’s finally getting his shot at being a head coach and the opportunity couldn’t be more perfect. Cardale Jones is one of the XFL’s best quarterbacks and the surrounding talent is in place to help his team contend for a championship in 2020.

The XFL doesn’t exist without McMahon. A league that knows exactly what fans want to see from their favorite sport and it provides just that to them. It’s McMahon’s specialty and his ideas will bring a new level of excitement and flair to football, which fans love and want to see. McMahon took his time putting all of this together because he wants the XFL to succeed more than anything. If anyone can deliver football to fans with a thirst for it in the spring, it’s him.