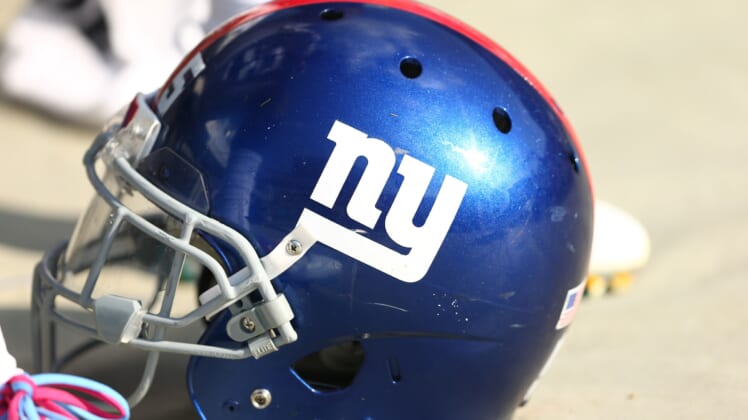 It’s not easy to improve from one season to the next in the NFL. That’s especially true when we look at the defensive side of the ball.

This league has made it hard for defenses to keep pace with offenses. A lack of proven talent also hurts. Just ask the Cincinnati Bengals and Tampa Bay Buccaneers, who were both dreadful on defense last season.

Unfortunately, both teams will be among the 10 worst on defense this coming NFL season. Here’s a look at them and the rest.

We have to expect further struggles from this unit in 2019 with a young offensive-minded head coach in Zac Taylor calling the shots. Cincinnati yielded the most yards in the NFL last season and gave up an average of more than four touchdowns per game. Franchise cornerstones Carlos Dunlap and Geno Atkins are not getting any younger. And without a truly elite pass rush, cornerbacks William Jackson III and Dre Kirkpatrick will ultimately struggle. This could be a league-worst defense once again in 2019.

Jon Gruden and Co. might be expecting a tad too much from rookie No. 4 overall pick Clelin Ferrell. He’s going to be tasked with being an elite-level pass rusher as a rookie. That’s not an ideal situation with fellow youngster Arden Key acting as his top running partner. In the secondary, Oakland hopes young cornerback Gareon Conley takes the next step after impressing last season. It’s also expecting rookie first-round pick, safety Johnathan Abram, to step right in. It’s a lot to ask for a unit that yielded north of 381 yards and 29.2 points per game a season ago.

Missing Pro Bowl cornerback Patrick Peterson for the first six games of the season to suspension is going to hurt big time. Drafting a recently-released bust in that of Robert Nkemdiche isn’t going to help, either. The moral of the story here is that these Cardinals are absolutely lost on defense in an NFC West that could boast three of the top-10 offenses in the NFL. It’s not a good sign for a unit that yielded the seventh-most points in the league last season. The hope here is that Kyler Murray can make up for it under the offensive genius that is first-year head coach Kliff Kingsbury. It will be a tough task.

Cornerback Desmond Trufant took a major step back last season. Former All-Pro performer Vic Beasley has recorded a total of 10 sacks over the past two seasons after racking up 15.5 in 2016. Sure the Falcons boast elite-level defenders in that of Grady Jarrett, Deion Jones and Keanu Neal. But they’ll need these two to step up big time to recover from a 2018 campaign that saw this unit yield the eighth-most points and rank in the bottom five in total defense last season. It’s as simple as that.

Are there building blocks in South Beach? Sure. Second-year defensive back Minkah Fitzpatrick looks like a star. Pro Bowl cornerback Xavien Howard justifiably reset the market at that position during the offseason. Meanwhile, rookie first-round pick, defensive tackle Christian Wilkins, could be a stud. But as a group, this unit still has a lot to prove. Here’s a defense that yielded north of 27 points per game last season while ranking in the bottom four in total yards allowed. Until we see significant changes from the core group, Miami’s defense will continue to be in the bottom 10.

How could a unit that boasts two-time reigning NFL Defensive Player of the Year Aaron Donald rank in the bottom 10? Well, just ask the Rams’ defense from a season ago. Despite near-record breaking numbers on offense, the other side of the ball struggled big time under coordinator Wade Phillips. Los Angeles gave up 24 points and nearly 360 total yards per game. It decided to add a washed Clay Matthews to help from a pass-rush perspective while letting the likes of Ndamukong Suh, Lamarcus Joyner and Mark Barron walk in free agency. There’s no reason to believe this defense got better.

We absolutely love what rookie first-round pick, Quinnen Williams, might bring to the table this season. Young safety Jamal Adams is already among the best players at his position in the NFL. These are the two building blocks for a Jets defense that yielded nearly 28 points per game last season. The hope here is that they grow into leadership roles. Unfortunately, there’s not a lot behind this duo. High-priced free agent Trumaine Johnson has been a bust at cornerback. It seems like New York overpaid for linebacker C.J. Mosley. All of this should lead to more struggles from the Jets’ defense in 2019.

Moving on from defensive tackle Gerald McCoy this past offseason made no sense. Meanwhile, the Buccaneers’ group of young cornerbacks have not lived up to the hype. That includes former first-round pick Vernon Hargreaves. If this weren’t enough, leading sack-getter from a year ago, Jason Pierre-Paul, is out to injury. There’s so many holes on a unit that finished last season 27th in total defense and 31st in yards allowed. It’s going to be ugly for first-year head coach Bruce Arians.

Where to begin? Trading Olivier Vernon for offensive line help is going to be a detriment to this unit in 2019. Despite being overrated himself, the loss of safey Landon Collins hurts big time. Sure the Giants might like what they see in Jabrill Peppers as well as rookies Dexter Lawrence and Deandre Baker. Even then, there’s too many holes on this defense to expect a massive upgrade from a unit that finished last season in the bottom 10 in both points allowed and total defense.

Kansas City is hoping that new defensive coordinator Steve Spagnuolo helps improve a unit that was god awful last season. We’re talking about a defense that yielded the second-most yards in the NFL. The additions of defensive end Frank Clark and Pro Bowl safety Tyrann Mathieu should help. Unfortunately, Kansas City also moved on from Pro Bowlers Dee Ford, Justin Houston and Eric Berry. While Berry is a shell of his former self, the other two performed extremely well in 2018. Expect more struggles from the Chiefs’ defense this season.