The NFL draft is always full of surprises, and this year is no different. Day 2 of the 2016 NFL Draft provided us with 10 unexpected moments that made us stand up and say, “what the heck just happened?” and had us scratching our heads for a moment.

Multiple players were over-drafted. We saw someone taken in the top two rounds who should never be taken that high, and we even saw some teams double up on positions that they had either already invested draft picks or made moves in free agency during the offseason already.

These were the biggest surprises of the second day of the 2016 draft.

Sure, Tuerk has experience in a scheme similar to what the Chargers already run, but after poor film his junior year and injuries his senior year, he earned himself the spot as my No. 350th best player in the draft with a seventh-round grade.

That’s not worth the No. 66 overall pick, and I literally laughed when this pick was announced.

9. Falcons GM Thomas Dimitroff traded down. Seriously. He did.

Before Friday, Dimitroff had only traded down once in his tenure as a general manager for the Falcons — back in 2012 when he traded down in the third round and picked up a fifth round pick.

He traded down in the second round Friday, breaking his trend. While it was just a two-spot hop down, he still wound up picking up an extra selection for the Falcons that they sorely needed.

8. CB James Bradberry selected at No. 62 by the Carolina Panthers

Bradberry is a fifth-round talent at cornerback coming from the Southern Conference power out of Alabama known as Samford.

He was shockingly selected in the second round. I honestly wasn’t expecting him to be drafted. Bradberry is a good player and should be hidden a bit by how good the front seven is in Carolina, but this was a huge reach.

7. DL Adam Gotsis selected at No. 63 by the Denver Broncos

Gotsis is another fifth-round talent that’s going in the second, but the fifth-round is grade due to his injury history. Had he been healthy, he might have been worth this pick. Gotsis is a solid fit for the Broncos defense in the role that Malik Jackson vacated. With a bit of luck he could turn into the same kind of player if everything goes well for him.

6. QB Christian Hackenberg selected at No. 51 by the NY Jets 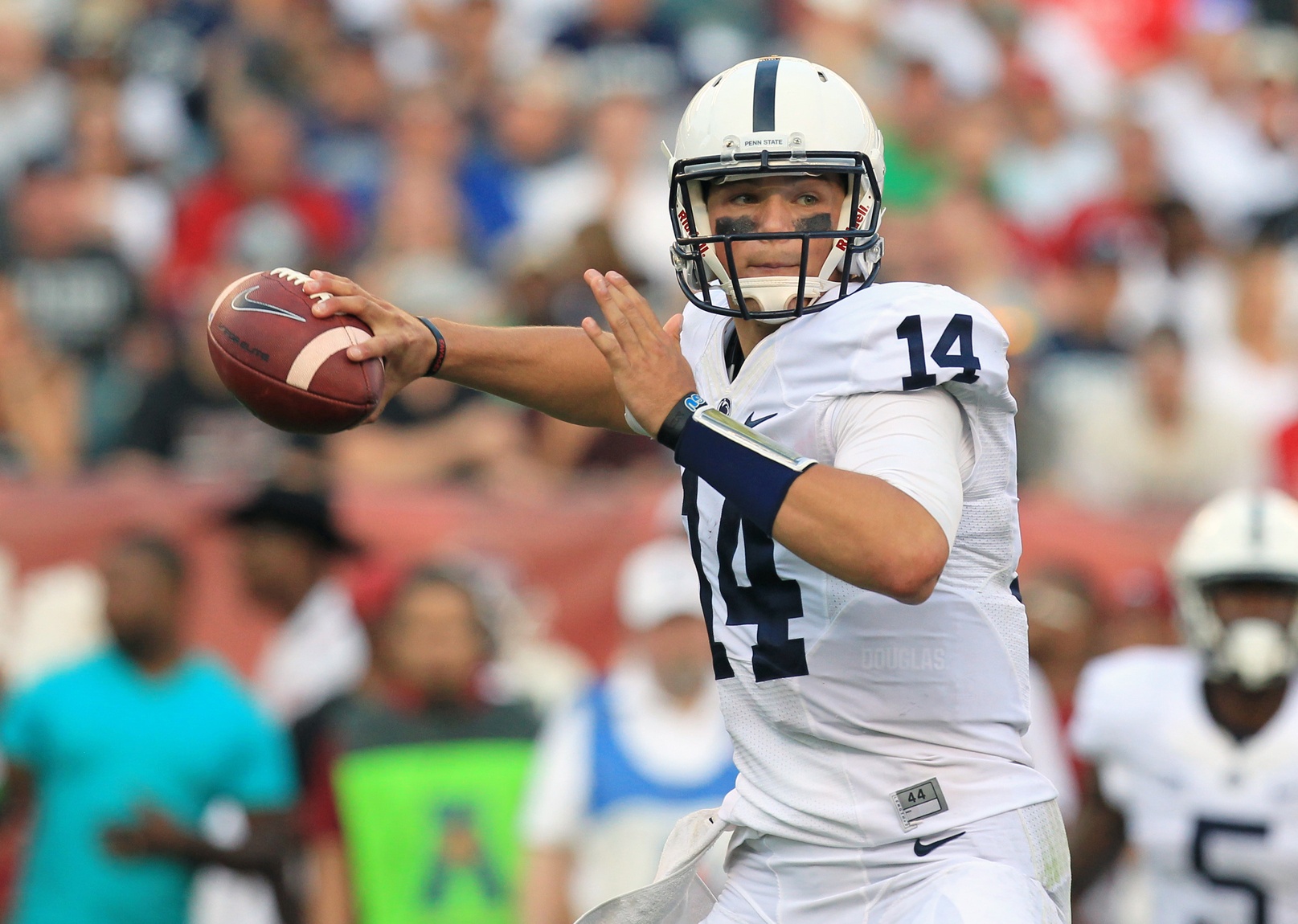 Hackenberg honestly isn’t a horrible quarterback or prospect at the position. But the value of him at No. 51 just wasn’t there.

It was very surprising to see him come off the board so soon, especially with Connor Cook sitting there. But Hackenberg did have a great freshman year for the Nittany Lions. If he can return to his freshman form, the Jets might just have something at quarterback with him.

Related: Is Hackenberg doomed to fail with the Jets?

5. GM Ted Thompson and the Green Bay Packers trade up.

Throughout his entire time in Green Bay — over a decade — he’s traded up less than a handful of times. The general manager really wanted Jason Spriggs, though, and decided to make a move to acquire the athletic and talented offensive lineman.

Thompson got his guy and the Packers got better. It’s just surprising to see him actually trade up to do it.

4. RB Derrick Henry selected at No. 45 by the Tennessee Titans

The Titans just traded for DeMarco Murray this offseason and seemingly had their running back situation set with Murray, Bishop Sankey and David Cobb on the roster. Then they take a Heisman trophy winning running back in Henry at No. 45?

This just makes no sense based on what the Titans needed. However, with so many picks in their pocket this year, the Titans could afford to have a luxury like this. Remember, this is one of the draft picks they acquired in the trade with the Los Angeles Rams, who desperately wanted to land Jared Goff.

3. LB Myles Jack selected at No. 36 overall by the Jacksonville Jaguars

The shock here isn’t that the Jaguars took Jack. It’s that the UCLA linebacker was even available in the first place.

The Jaguars get someone who can start right away next to Paul Posluzny and Telvin Smith. He joins a group of incoming talent that includes Tashaun Gipson, Jalen Ramsey, Malik Jackson and Prince Amukamara. The Jaguars did some work to really enhance their starting defense, which is scary considering how good their young offense was last year.

2. LB Jaylon Smith selected at No. 34 overall by the Dallas Cowboys

The Dallas Cowboys are playing for the long haul, as this pick shows. Taking Smith with the 34th overall pick is definitely somewhat of a gamble, given the nerve issue going on with his knee.

They have their current starting linebackers pretty much set with Anthony Hitchens, Sean Lee and Rolando McClain. They need someone long-term who can replace the volatile McClain, though. If Smith gets healthy sooner rather than later, then this pick may look extremely brilliant.

1. Buccaneers trade up and take Roberto Aguayo at No. 59 overall

My girlfriend said it best when she leaned over to me, “Don’t you just end up with kickers? Do you really need to draft them?”